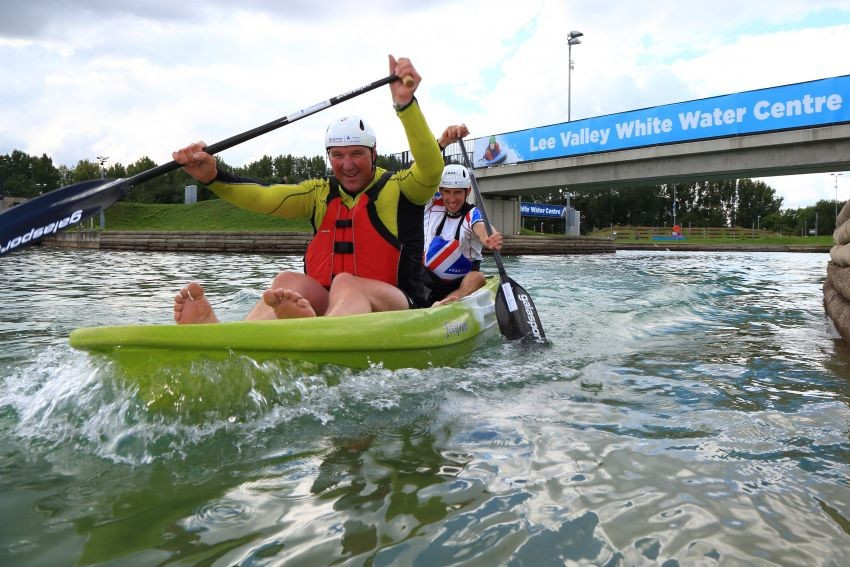 The Centre is set to become the first London 2012 Olympic venue to stage a World Championships when it hosts competition from September 16-20, and is viewed as one of the best artificial white water courses in the world.

Sir Matt, who is set to present coverage of the Championships with Athens Canoe Slalom Olympic medallist Helen Reeves on the BBC, has praised the standard of the venue and expects drama at the Championships as it will also offer the first of only two chances to qualify boats in all four Olympic classes for Rio 2016.

“It will be fantastic to head to one of London 2012’s legacy venues – everyone who was there has spoken of the unique atmosphere during those magical days,” he said.

“To be the first London Olympic venue to stage a World Championships is a great achievement.

“It promises to be a brilliant occasion and I’m looking forward to seeing all the drama unfold on the water.”

The Championships will be screened live on the BBC Red Button on both September 19 and 20 before a highlights programme is broadcast on BBC Two on September 21, giving the British public an opportunity to watch London 2012 Olympic medallists Etienne Stott, David Hounslow and Richard Florence.

Stott claimed gold at London 2012 in the men’s C2 event alongside Tim Baillie, but he will now be hoping to replicate that level of success at the Championships with his new crew mate Mark Proctor, before attempting to defend his Olympic crown at Rio 2016.

“There are so many memories of 2012 here but we want to create even more with success at these championships, we have so much to look forward to, with Rio just around the corner,” he said.

“We experienced the passion and enthusiasm of the British crowd behind us in 2012 and we really want them to come out in numbers again this year and back us on the road to Rio.

“Knowing you have the support of the public gives you that extra edge and with the smallest of margins making the difference between the top few boats, it really counts for a lot.”

Fans can still by tickets for the Championships from the official website here.