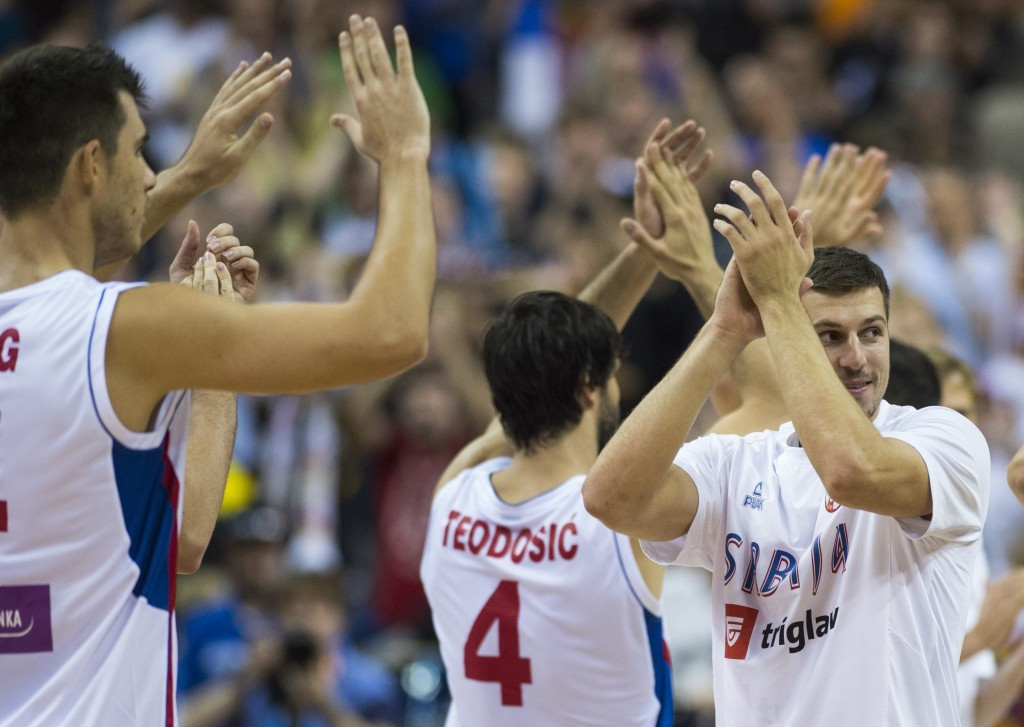 Serbia maintained their winning start to EuroBasket 2015 after securing a dramatic victory over Germany in the final second of a thrilling Group B match at the Berlin Arena.

Having beaten the 2011 champions Spain in their opening match of the tournament, a clash against Germany was expected to provide another big test for a Serbian team determined to improve on their seventh place finish two years ago.

The tie proved to be an extremely close affair with Serbia having earned a slender 39-38 lead by the end of the first half and they were able to edge another point ahead during the third quarter of the match with the score having move on to 50-48.

However Germany’s Dirk Nowitzki, a 13-time NBA (National Basketball Association) all-star, helped drag his team back into the match and with the scores level at 66-all heading into the final 25 seconds the home crowd were hoping their team could complete the turnaround.

The finale though would leave them disappointed as Serbia’s star Nemanja Bjelica scored with a lay-up moments before the buzzer to earn his team a 68-66 victory.

Elsewhere in the group, Spain recovered from defeat in their opening match by thrashing Turkey 104-77, while the third tie to be held in Berlin on the second day of the tournament saw Italy overcome Iceland 71-64 for the first win.

Reigning champions France also maintained their 100 per cent start in Montpellier after they cruised to an 81-54 win over Bosnia and Herzegovina, while Israel remained second in Group A following their 79-66 win over Finland.

Poland also recorded their second victory after they were able to hold off a fightback from Russia in the closing minutes of the fourth quarter to earn an 82-79 win in Zagreb, Croatia.

Group C saw a series of closely fought ties with Greece outscoring Croatia 21-13 in the final quarter to complete a stirring comeback which earned them a 72-70 win to move to the top of the standings with an, as yet, unblemished record.

The Netherlands were unable to replicate that feat as they fell to a 78-71 defeat to Macedonia, while Slovenia inflicted a second defeat on Georgia by winning 79-68.

Lithuania moved to the top of Group D, which is being held in Riga, after they sealed an impressive 68-49 win over hosts Latvia while Czech Republic beat Ukraine 78-64 and Belgium overcame Estonia 84-55.