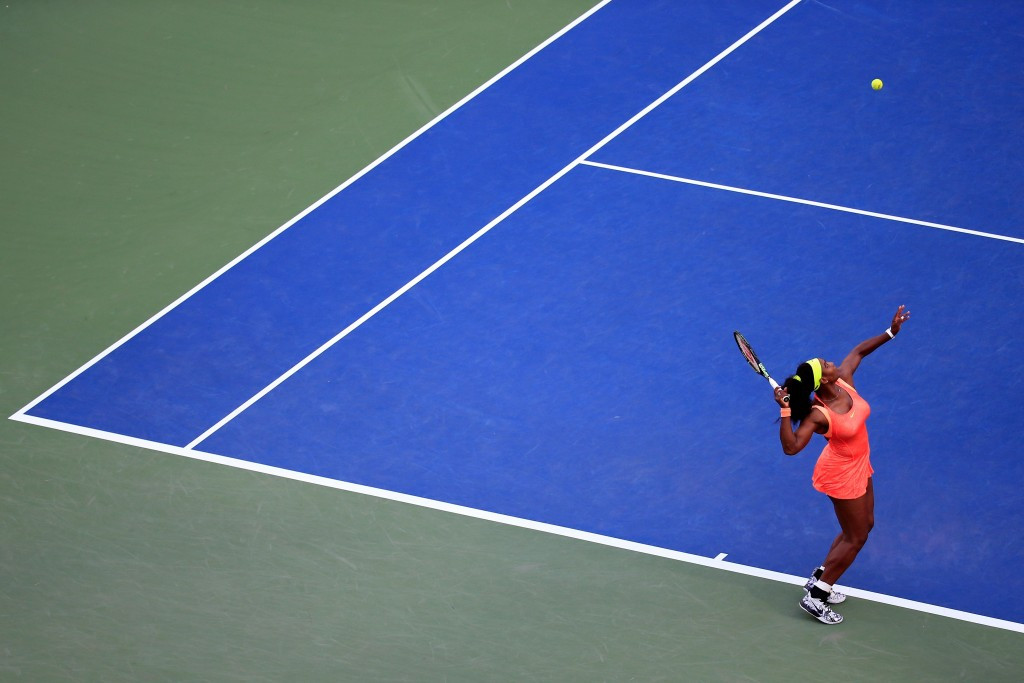 Serena Williams is set to meet her sister Venus in the quarter-finals of the US Open as her bid to secure a calendar Grand Slam showed no signs of being derailed after she secured a straight sets victory over her fellow American Madison Keys at Flushing Meadows.

The world number one had been taken to three sets in her last tie and a tough fourth round test was predicted against the 19-year-old Keys, who is seen as a potential successor to Williams in the future.

However Williams was the dominant force during the opening set and despite Keys’ dogged resistance the young American proved unable to hold serve when the pressure ramped up, with Williams breaking for a 5-3 lead before serving out the set.

The match threatened to get away from Keys in the opening stages of the second set as she was forced to save five breaks points in her opening two service games, but again it was the end of the set where she would wilt.

A loose shot presented Williams with another break point opportunity, with the set level at 3-3, and the 33-year-old accepted the gift with another powerful stroke before breaking once again to wrap up a 6-3, 6-3 victory.

She will now face her sister for a place in the semi-finals, after Venus overcame Estonia's Annett Kontaveit 6-2 6-1 in her tie.

Elsewhere in women’s fourth round France’s Kristina Mladenovic overcame the 12th seed Ekaterina Makarova 7-6, 4-6, 6-1, while Italy’s Roberta Vinci progressed due to the withdrawal of Eugenie Bouchard after Canadian suffered a head injury after falling in the locker rooms on Friday (September 4).

The men’s fourth round saw Serbia’s Novak Djokovic given a brief scare by Roberto Bautista Agut after the Spaniard hit back to win the second set 6-4, having lost the first 6-3.

It only proved to be a blip for the world number one as he regained control of their encounter and ensured he would remain on course for the final by claiming the next two sets for a 6-3, 4-6, 6-4, 6-3 win.

Defending champion Marin Clic of Croatia continued his pursuit of back-to-back US Open wins by defeating France’s Jeremy Chardy 6-3, 2-6, 7-6, 6-1, despite suffering from a twisted ankle sustained during the match.

Despite Chardy’s exit, France still have hope in the men’s competition as Jo-Wilfried Tsonga sealed a 6-4, 6-3, 6-4 win over his compatriot Benoît Paire, while Rafael Nadal’s conqueror Fabio Fognini bowed out as the Italian was beaten 6-3. 7-6, 6-1 by Spain’s Feliciano Lopez.