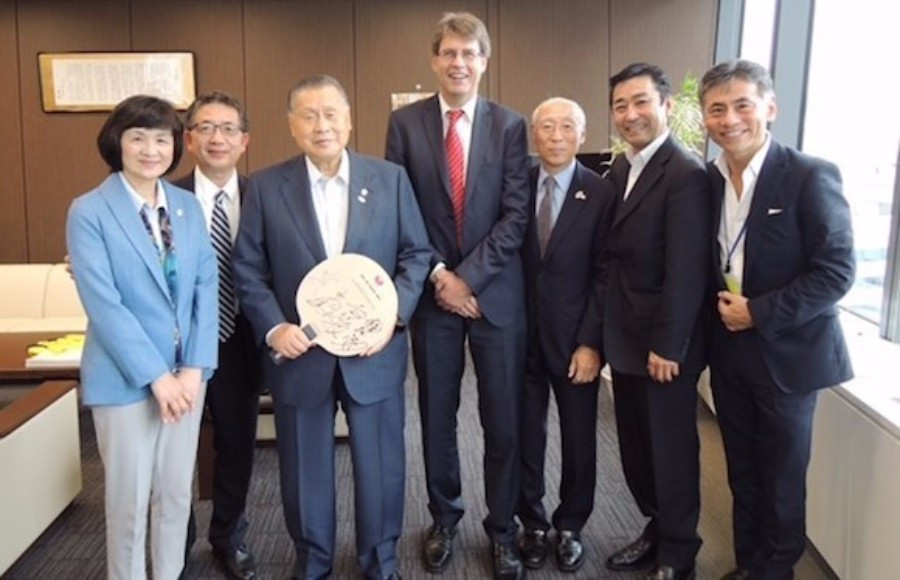 International Table Tennis Federation (ITTF) President Thomas Weikert has met with Tokyo 2020 President Yoshiro Mori to discuss the prospect of mixed doubles being added to the Olympic programme in the Japanese capital.

Weikert previously held talks with the International Olympic Committee (IOC) President Thomas Bach in May the possible addition of the discipline and he has now used his meeting at Tokyo 2020’s headquarters to outline details about the proposal to Mori.

The German, who became the ITTF head last September, explained that to control the number of athletes at Tokyo 2020 only those who had qualified for one of the four competitions currently on the programme would be eligible.

National Olympic Committees would also only be able to enter players for a maximum of four of the five events taking place at the Games.

"I was very warmly welcomed by the President and I was very impressed with his knowledge of table tennis and the Japanese table tennis team,” said Weikert..

“ITTF's initiative to add the mixed doubles event at Tokyo 2020 was well received and Mr Mori and his team were very positive about the idea."

Mixed doubles has not featured as part of the Games since table tennis first appeared on the Olympic programme at Seoul 1988, but has remained a fixture of the World Table Tennis Championships since 1926.