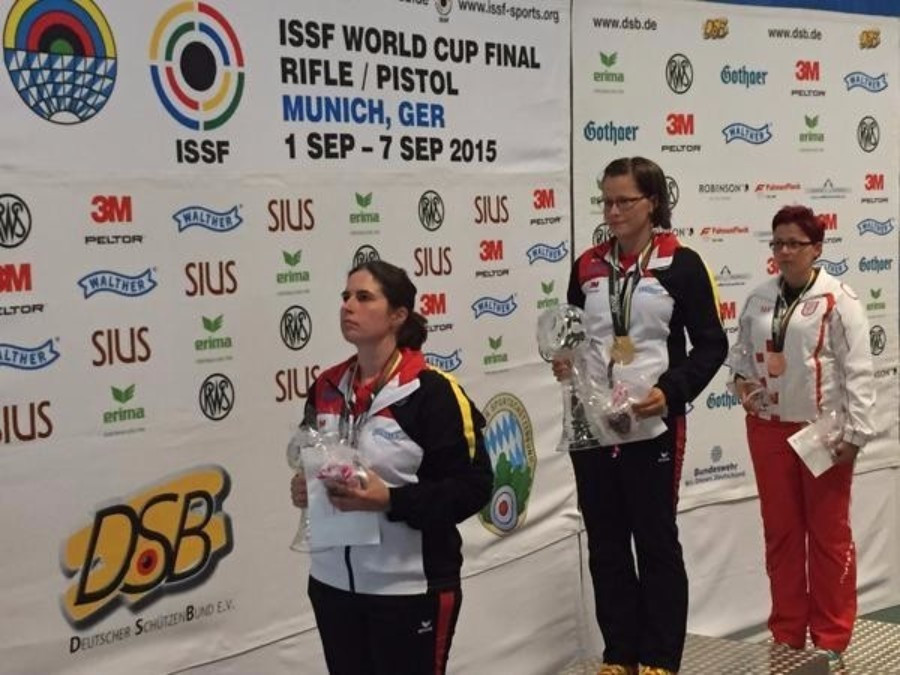 Gschwandtner proved to be the most accurate shooter in the kneeling section of the competition as she scored a total of 154.3 from her three shots and she maintained that advantage in the prone section to move onto 309.9.

The 21-year-old would hold the lead from the start to the finish after continuing to shoot accurately throughout the standing elimination phase to end on a total of 459.4, which secured Germany their first gold of the World Cup Finals.

It would be a German one-two as Engleder, who won the Munich World Cup event in June, earned silver after producing a consistent series of shots but eventually falling short of her compatriot by ending on a total of 455.6.

Croatia’s Snjezana Pejcic earned bronze after being eliminated on a score of 446.5, with South Korea’s Seo Young Yoo finishing outside the medals in fourth after ending on 429.6.

In the men’s event Matthew Emmons secured not only the World Cup Finals gold but also booked his place on the United States’ team for a fourth consecutive Olympics, where he will target winning his fourth medal with his most memorable coming at Athens 2004 when he won prone gold.

Similarly to Gschwandtner, Emmons led the competition from start to finish but he was heavily pressured by China’s Hoaran Yang, who was bidding to secure his country’s fourth gold in Munich.

Emmons held a 1.7 lead over his opponent heading into the final round and after shooting 9.1 he ended the event on 458.8 which proved enough to take gold, with Yang being forced to settle for silver on 458.2.

The bronze was awarded to Russia’s Sergey Kamenskiy, after he ended the event on a total of 447.0 points.