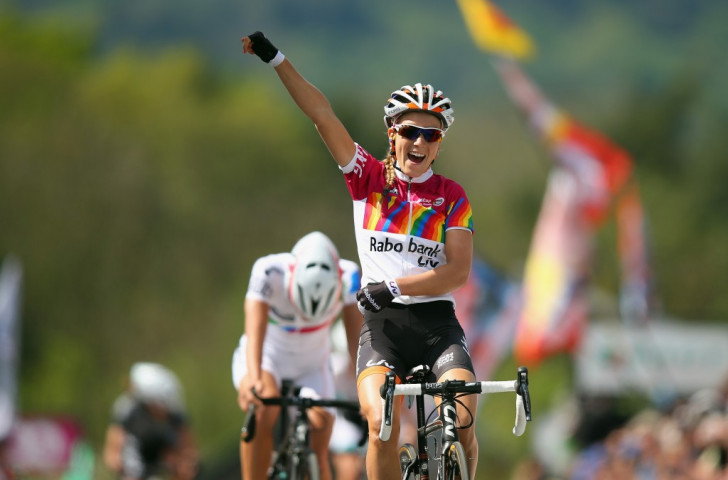 Ferrand-Prevot powered to victory in a time of 1hr 52mins 44secs to secure the title ahead of two-times world champion and Beijing 2008 Olympic bronze medallist Irina Kalentyeva of Russia, with Ukrainian Yana Belomoina clinching the final place on the podium.

The triumph for the 23-year-old Frenchwoman continued her impressive form of late and she now holds four crowns across three disciplines.

“With the altitude, the climb and the slippery downhill it was so hard,” she said.

“I really gave it everything because I wanted this title.

“I want to say a big thank you to French staff and French Federation because they believed in me and that was a really big help.”

Absalon, a five-times world champion, was 0.10 seconds adrift, which meant he had to settle for silver, while Ondrej Cink of the Czech Republic did enough for bronze.

The duo of Schurter, who is always a fast starter, and Absalon opened up a 15-second gap early on as they surged to the front of the field, and it was a sign of things to come as the pair were locked in a close battle throughout.

The Swiss, who came into the event having won gold at the inaugural European Games in the Azerbaijan capital Baku in June, kept ahead of his French rival, with Cink among the chasing pack.

By the fifth lap, the destination of the gold and silver medals weren’t in doubt and Schurter attacked again towards the end of the race, edging seven seconds ahead and Absalon couldn’t respond as the Swiss rider held on for victory.

“It is very nice to battle with him and it is even better to beat him,” Schurter said.

“Midway through the race I was struggling and starting to think maybe it's not my day.

“But then I realized I'm a bit faster on the downhill than Absalon and could get a gap there.

“Every World Championship is a nice achievement and it is the best feeling to ride in the world champions jersey.”

The event in Vallnord concludes tomorrow with elite men's and women's downhill races.