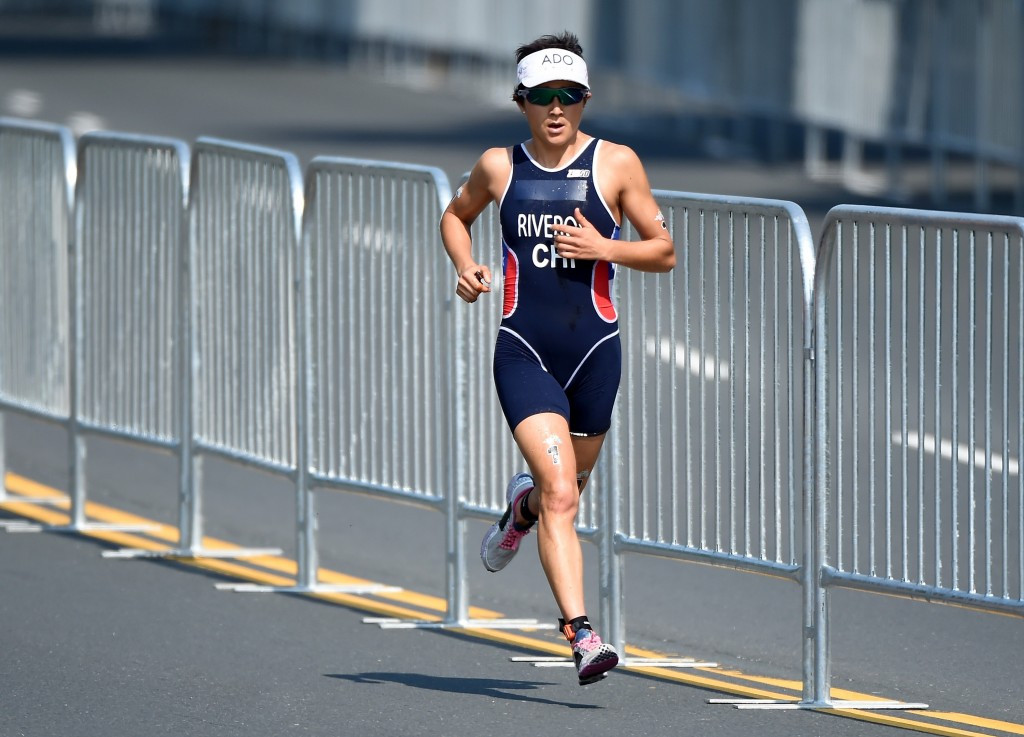 The Chilean had missed out on the first move of the day as United States’ Sarah Haskins, bidding to defend the title she won four years ago  in Guadalajara, led out of the 1.5 kilometres swim with Brazil’s Pamella Oliveira and Bermuda’s Flora Duffy.

Haskins, however, opted to wait for her American team-mates in order to work together as a team but the move backfired as she found herself back in the chasing pack for the 40km bike leg.

Due to the lead group being reduced to just two, the chasers were able to close quickly and, as the final two laps on the bike approached, 17 triathletes remained in contention for the title.

It played into the hands of the elite runners in the field, including Riveros.

The Chilean made her move heading out of the final transition, pursued by Mexico’s Claudia Rivas.

The blistering pace set by Riveros proved too much for the Mexican and she ended up being forced to withdraw from the event, leaving her teammate Paola Diaz to take up the mantle of pursuing Riveros for the duration of the 10km run.

Both athletes were able to secure the Pan American Games triathlon podium finishes for their country for the first time, but it was the Chilean athlete who triumphed, crossing the line in 1 hour 57min 18sec.

Diaz secured silver, finishing 29 seconds adrift of the winner, while despite being part of the early break which proved unsuccessful Duffy was able to earn bronze for Bermuda following a strong run leg saw her finish in a time of 1:57:56.

Duffy’s medal was only the ninth in Bermuda’s history at the Pan American Games and their first since the Santo Domingo 2003, where sailor Malcolm Smith won a silver medal in the sunfish class.

“I am over the moon with how it went,” she said.

“This is huge for my country and I am really proud to be a Bermudian.”

The men's triathlon is due to take place on the same course tomorrow at 8.35am local time.