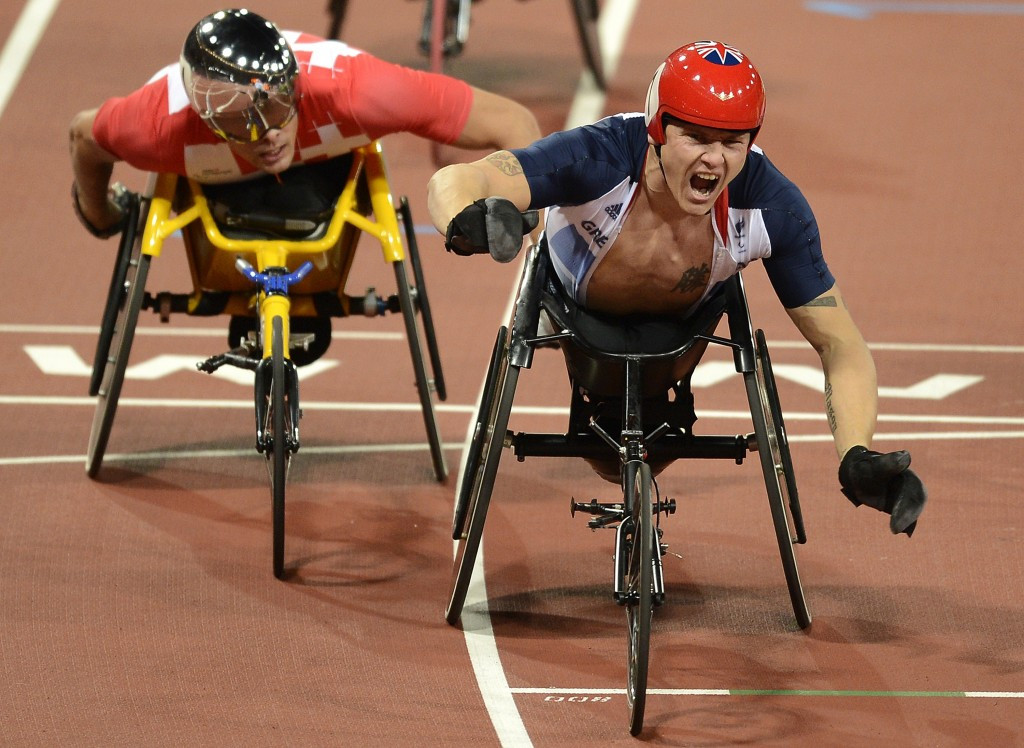 Several of the stars of the London 2012 Paralympic Games are set to compete at the Sainsbury’s Anniversary Games at the Olympic Stadium on July 26, with Britain's six-time gold medallist David Weir set to go head-to-head with arch-rival, Switzerland's Marcel Hug, in one of the most anticipated events.

The Anniversary Games, incorporating the International Paralympic Committee (IPC) Athletics Grand Prix final, is expected to see more than 100 of the world's top  athletes travel to London to compete in 20 events.

Weir, winner of four Paralympic gold medals at London 2012, will be hoping to get the better of Hug again after recently claiming a commanding victory over his rival at the Westminster Mile.

The 36-year-old Londoner is looking forward to renewing their rivalry again.

“It is going to be a great atmosphere and tough competition, with just a few months to the IPC World Championships and just over a year to the Rio 2016 Paralympic Games,” said Weir.

“I'm racing athletes I beat in London 2012 and the target is on my back.

“I hope the home crowd can help me get over the finish line in first place again."

Fellow British stars, including Hannah Cockroft, Shelly Woods, Richard Whitehead, Aled Davies and Dan Greaves, are also set to be in action at the event, the highlight of a full day of action at the Queen Elizabeth Olympic Park to celebrate National Paralympic Day.

Davies will be hoping to continue his stunning form this season in the F42 discus competition, having set world records in both that event and shot so far this year.

World champion sprinter Sophie Hahn could be another home star in the T38 100m race.

The 18-year-old will face the challenge of London 2012 champion Margarita Goncharova over the distance, with the Russia set to be one of several international stars who are also set to take centre stage at the event.

The Netherlands’ Marlou Van Rhijn and Germany’s Markus Rehm will be among other top international athletes taking part in the event with the world record holders in the women’s T44 100m and men’s T44 long jump keen to put on a show for the crowd.

Among other events taking place on the Queen Elizabeth Olympic Park will be the Mayor of London’s Liberty Festival, featuring a line-up of deaf and disabled artists, musicians and performers, and top-level swimming at the Aquatics Centre, with stars such as four-time Paralympic champion Ellie Simmonds set to compete.

“Three years since London hosted a triumphant Olympic and Paralympic Games, it is fantastic to welcome back once again the gladiators of the Queen Elizabeth Olympic Park coliseum for what will be a truly magical weekend of sport,” said London Mayor Boris Johnson.

“The Sunday of the Sainsbury’s Anniversary Games is the first opportunity since the Games to witness the return of 2012 Paralympic hero David Weir, who joins Hannah Cockroft and Richard Whitehead on the track.

“I urge Londoners to combine an afternoon of superb family entertainment at the Liberty Festival with cheering on Britain’s Paralympic stars.”

Tickets are available from Ticketmaster at £10 ($15.40/€13.93) for the Sainsbury’s Anniversary Games IPC Athletics Grand Prix Final.