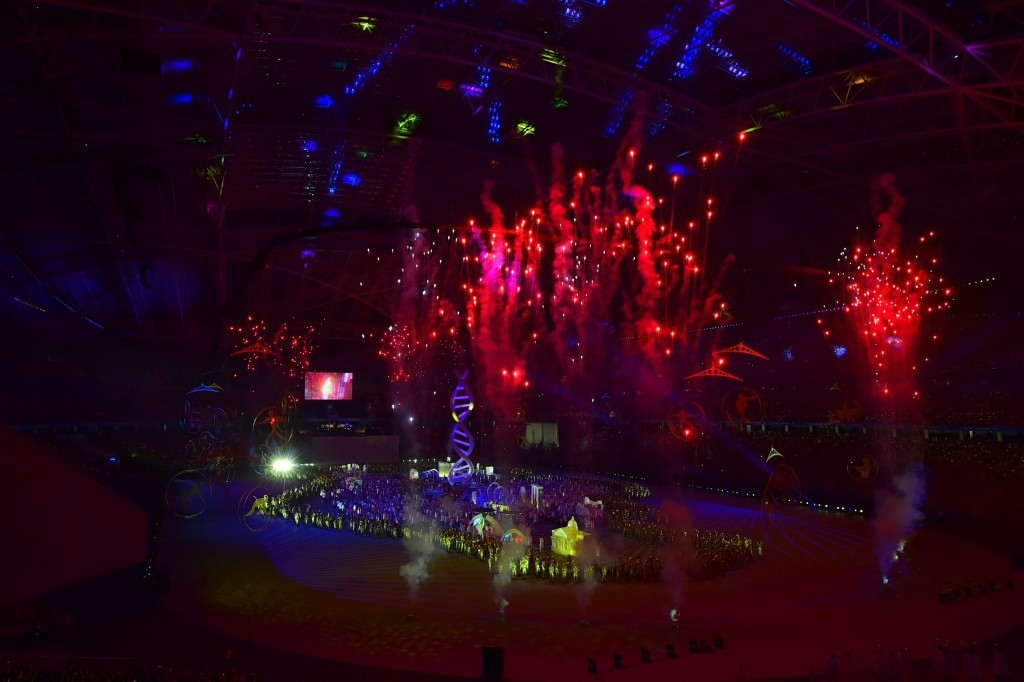 Located in Kallang the National Stadium, opened in June 2014, was packed to its 50,000-seater capacity for a ceremony which attempted to live up to the Games motto to "Celebrate the Extraordinary”.

More than 4,000 athletes from the 11 competing nations entered the Stadium, with Brunei the first to arrive and as is traditional at the SEA Games the host nation, Singapore, were the last team to be greeted by the crowd.

The host’s flag was carried by swimmer Quah Zheng Wen, who will prove to have one of the busiest competition schedules of any athlete at the Games as he is due to compete in 12 events.

Focusing on the rapid modernisation of the region the ceremony featured sections based on the themes of imagination and youth expression, in addition to sports, the city and DNA.

The different generations was also reflected by Fandi Ahmad, who scored 55 goals in 101 matches for the men’s national football team from 1979 to 1997, being given the honour of lighting the Cauldron with his son Irfan Fandi, part of Singapore’s team at the Games.

Singapore’s President Tony Tan Keng Yam was also in attendance at the Ceremony to declare the Games open, following the reciting of the athletes and official’s oaths by Micky Lin, captain of the national netball team and rugby referee Mohammad Azhar Bin Yusof.

The SEA Games are set to feature 38 sports, including the vast majority of the Rio 2016 Olympic Games programme, while several more traditional events in the region such as pencak silat, sepaktakraw and dragon boat racing due to also be held.

Thailand will be hoping to top the medals table for the second Games in a row having earn 107 gold medals at the 2013 edition in Myanmar, while the hosts will be aiming to mark the 50th anniversary of their independence with multiple medal successes.