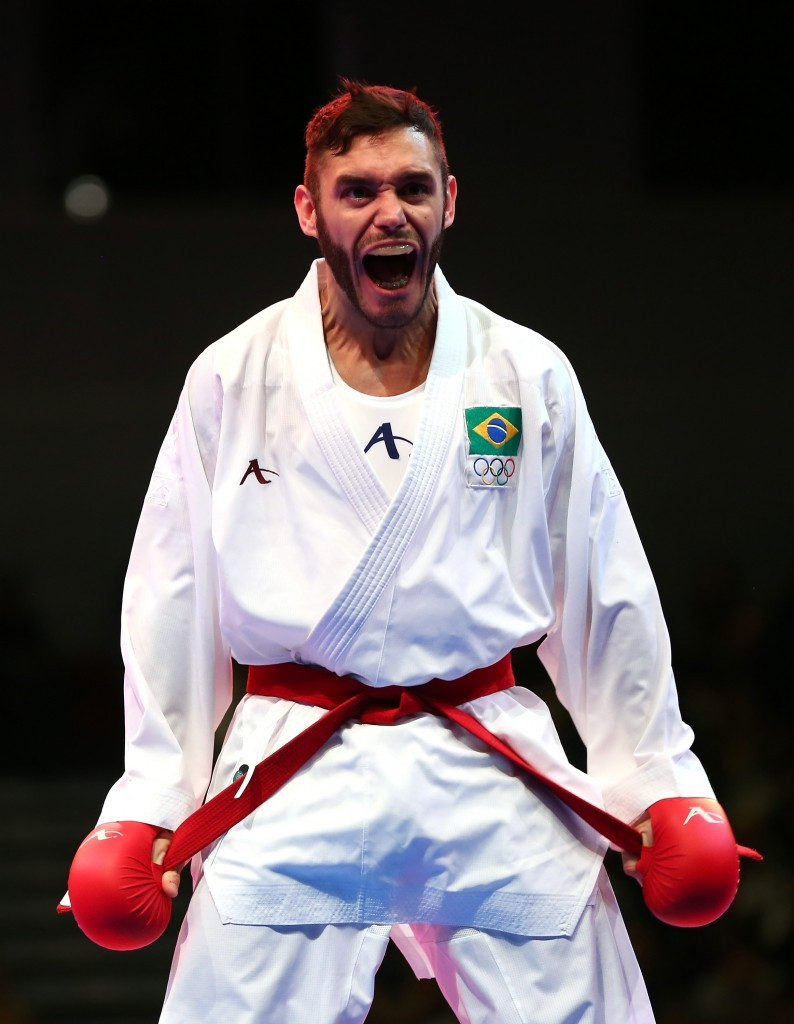 The two-day competition marked the first time a karate event of this type had been held in South America and, fittingly, home athletes came to the fore.

Brose lived up to his billing as one of the hosts top medal prospects as he advanced to the final of the men’s kumite under 60 kilogram division, before fighting off the challenge of Colombia’s Andres Rendon Llanos, the Pan American Games champion.

The Brazilian will have set his sights on succeeding Llanos at this summer’s Pan American Games in Toronto, due to take place from July 10 to 26, having earned bronze Rio de Janeiro in 2007 and Guadalajara in 2011.

Da Rocha Barros Luiz Victor delivered a second home gold by overcoming the Dominican Republic’s Deivis Ferreras in the men’s under 67kg event, while Valeria Kumizaki and Fernanda Pacheco added to the Brazilian gold tally in the women’s under 55kg and over 68kg divisions.

The Dominican Republic’s Ana Josefa Villanueva will be aiming to defend her Pan American title in Toronto and she warmed up in some style by overcoming Chile’s Gabreiela Bruna in the women’s under 50kg division.

Her compatriot Carmen Harrigan was also victorious in Sao Paulo, as the 23-year-old also saw off a Chilean challenger in the women’s under 68kg division, beating Susana Li to gold.

The competition, which saw 400 athletes from 26 countries, saw a number of shocks.

Malaysia’s Tze Wai Leong was another surprise victor as he triumphed in the men’s Kata competition.

America's Scott and Argentina’s Franco Recouso won the men’s under 75kg and over 84kg competitions.

Brazil proved to be the dominant in the team kata events, winning both the men’s and women’s competitions.

Following Continental Championships such as the European Games in Baku and the Pan American Games in Toronto, the debut Karate1 Premier League series is due to continue in Istanbul on September 5 and 6.