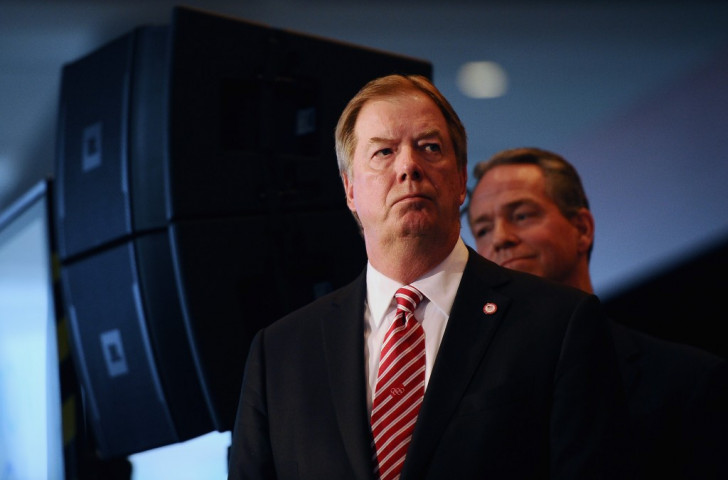 Widespread changes in the composition and function of the International Olympic Committee (IOC) Commissions have been announced today, with new bodies deliberating on the Olympic TV Channel and Communications having been introduced.

A review of both the scope and composition of the Commissions formed one of the 40 recommendations unanimously approved at last December's Extraordinary IOC Session in Monte Carlo, with discussion therein having since been held between Bach and the IOC Executive Board.

While Bach himself led the Agenda 2020 Working Group related to the TV Channel, United States' Larry Probst will take charge of the new Olympic Channel Commission, charged with ensuring that all relevant stakeholders and expertise are consulted throughout the growth and development of the project.

Probst, formerly chair of the now defunct Press Commission, will be joined by 15 members including the influential Kuwaiti Sheikh Ahmad Al Fahad Al Sabah, along with the likes of International Fencing Federation President Alisher Usmanov and IOC vice-president Yu Zaiqing of China.

The new Communications Commission meanwhile will be led by The Netherlands' Camiel Eurlings, who like Probst was only elected an IOC member at the 2013 Session in Buenos Aires.

It will help to develop strategies to support the promotion of the Olympic values, as well as the IOC’s vision and mission to embrace a global audience.

IOC vice-presidents Sir Craig Reedie and Nawal El Moutawakel will each sit on the 20-member body, with other members including London 2012 director of communications, Jackie Brock-Doyle and Pyeongchang 2018 counterpart Muchol Shin.

Bach has worked hard to increase the female representation on the Commission, with 32 per cent of places now taken by women - a 49 per cent increase since he took office two years ago - while there are also increases in the numbers of members from Africa and Oceania, as well as the number of chairpersons from Africa and Asia.

Among other changes, the Sport and Environment Commission has been renamed Sustainability and Legacy Commission "to reflect the ever-increasing importance of sustainability in all its forms", with Prince Albert remaining chair, while Burundi's Lydia Nsekera remains at the helm of the Women and Sport Commission, with the name tweaked to Women in Sport Commission.

IOC vice-president John Coates will take charge of the Legal Affairs Commission, which will amalgamate issues previously covered by both the Sport and Law and Juridical Commissions.

Britain's Princess Anne remains in charge of the Nominations Commission, revamped as the IOC Members Election Commission, while South Africa's Sam Ramsamy will lead a Sport For All Commission now known as Sport for Active Society Commission.

Sheikh Ahmad will continue to lead the Olympic Solidarity Commission, as will Tsunekazu Takeda and Singapore's Ser Miang Ng the respective bodies for Marketing and Finance.

Italy's Mario Pescante will lead the Public Affairs and Social Development through Sport Commission, formerly known as International Relations, while Ukraine's Sergey Bubka will continue to chair the Athletes' Entourage Commission, and Turkey's Uğur Erdener the Medical and Scientific Commission.

International Paralympic Committee President Sir Philip Craven will lead the Olympic Education Commission, formerly known as Culture and Olympic Education, to replace Lambis Nikolaou, while the Greek will instead lead the new Olympic Heritage Commission, which will aim to strengthen the IOC Olympism in action policy.

This body will also address Olympic philately, numismatic and memorabilia-related topics, with the former head for that Commission, IOC Executive Board member CK Wu of Taiwan, acting as vice-president.

Italy's Franco Carraro - who chaired the Agenda 2020 Working Group on the Composition Olympic Programme - will continue to lead the new Olympic Programme Commission, a key body charged with overseeing the transition from a "sport-based" to an "event-based" programme.

If needed, Carraro will be able to set up dedicated Working Groups to focus on "specific events" concerning either the Summer or Winter programme, it was explained, with the Commission expected to respond to programme proposals by the Tokyo 2020 Organising Committee at the end of this year.

The Press Commission, which is mainly focused on technical and operational issues, will involve into a Games Operations - Press Committee, it was revealed, with no members having yet been announced.

“These changes are another major step in the implementation of Olympic Agenda 2020, the strategic roadmap for the future of the Olympic Movement,” said IOC President Thomas Bach.

“They demonstrate the close dialogue with our stakeholders and society at large, with whom we started this process nearly two years ago.

"The increase of women’s participation and the broader geographical representation will encourage more inclusive decision making."