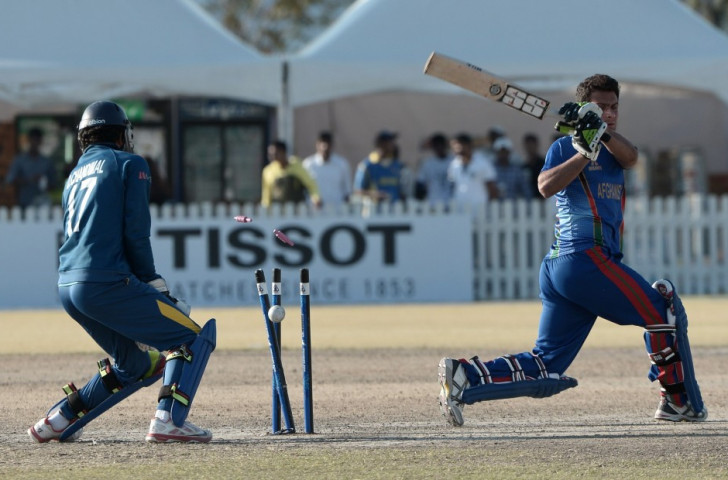 Cricket is set to be cut from the programme for the 2018 Asian Games in Jakarta after the Indonesian Olympic Committee (KOI) decided not to  include it on the list of six non-Olympic sports for the event in three years’ time.

The Olympic Council of Asia (OCA) reportedly want cricket on the Asian Games programme in Jakarta but the KOI have put forward sepak takraw, kabaddi, squash, martial arts, extreme sports and either bridge or tenpin bowling.

In addition to all 28 Summer Olympic ones, as the host nation, the KOI have the right to choose six sports, which are not currently on the Olympic programme, to include in the Games.

"Martial arts" will consist of wushu, karate, ju jitsu and penkak silat, it has been proposed, while paragliding and sport climbing could taken place under the banner of "extreme sports".

None of these latter four have featured at the Asian Games before, although ju jitsu, paragliding and sport climbing were all held at the Phuket 2014 Asian Beach Games, and ju jitsu and penkak silat have take place at the Asian Indoor and Martial Arts Games.

The OCA have opted to delay a decision on whether cricket will take place in Jakarta until their General Assembly in Turkmenistan in September in an attempt to persuade Indonesian organisers that the sport should be included.

“Cricket's chances are not dead yet,” an OCA spokesperson told the South China Morning Post.

“I think the OCA wants it in for marketing and television revenue.

“There is an OCA team going next month [to Jakarta] for another look and in August we will have a second Coordination Committee meeting which will make the recommendations.

“The OCA General Assembly in September in Turkmenistan will then finalise the sports programme for the Asian Games.”

It is believed the governing body see cricket as a key sport at the Games due to the pedigree of some Test-playing Asian countries, such as Sri Lanka, Bangladesh and Pakistan.

There was one particularly notable absentee from Incheon 2014 as India, ranked number two in the world in Twenty20 and fourth in the Test standings, decided not to compete

That led OCA President Sheikh Ahmad Al Fahad Al Sabah to lambast the nation, claiming they are “killing” cricket by opting out of the tournament.

India claimed there was simply no time for them to send teams due to the congested fixture schedule.

Cricket, while little known in some parts of the world, is perhaps Asia’s most recognised sport and Hong Kong Cricket Association chairman Mike Walsh remains confident it will be included at the event in Jakarta.

“We know that negotiations are still ongoing and we remain hopeful that cricket will indeed be included in the Asian Games,” he told the South China Morning Post.

“Cricket is one of Asia's leading participation sports, and far and away the biggest in many areas, and so I hope this will prove crucial in the final count.”

Twenty20 Cricket took place at both the 2010 Asian Games in Guangzhou, China, and at the most recent edition in Incheon in 2014, where Sri Lanka won men’s gold and Pakistan took the women’s honours.

The 2018 Asian Games, which will feature 28 Olympic and six non-Olympic sports, were originally awarded to Hanoi in Vietnam before the city pulled out due to financial constraints.

It was initially due to be held in 2019, only to revert back to the previous year to avoid a clash with the Indonesian Presidential elections.

Related stories
October 2014: India "killing cricket" by not participating in Asian Games, claims Sheikh Ahmad
June 2014: Indian refusal to back Olympic cricket bid criticised by Singh
May 2013: Philip Barker: Could cricket clear the Olympic boundary in 2024?
February 2013: Cricket would receive "boost worldwide" if it was included in 2024 Olympics says MCC
August 2012: MCC back plan for cricket to bid for Olympic status