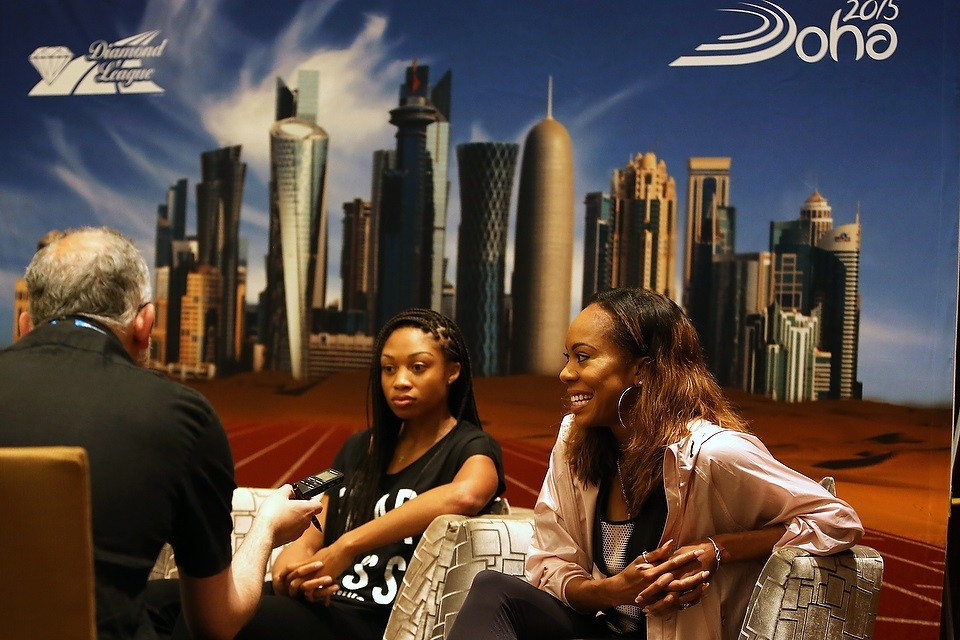 The Olympic champion has been the dominant force in the discipline in recent years, winning 33 of his previous 35 competitions and setting a world record mark of 6.16 metres, with his accomplishments seeing him rewarded with the 2014 IAAF Athlete of the Year award.

Olympic and world 5,000 and 10,000 metres champion Mo Farah of Britain will be competing for the first time here over the shorter distance of 3,000m.

Prior to the meet, Farah held a training session for junior members of the El Jaish Athletics club at Aspire Academy for Sports Excellence, where he shared their tips with aspiring athletes.

All eyes will also be on America's serial drugs-cheat Justin Gatlin, who posted the fastest times in the 100 and 200m in 2014 to emerge as the clear threat to Jamaican Usain Bolt’s dominance of the disciplines.

Gatlin will be competing in the same week it was announced the United States London 2012 Olympic 4x100m men's relay team, of which Gatlin was a member, would be forced to hand back their silver medals, following Tyson Gay’s results from July 2012 onwards were annulled last year after testing positive for a banned anabolic steroid in 2013.

Despite his excellent performances last year, Gatlin is looking for a different approach in 2015 as he aims for even faster times.

“Last year I just wanted to go out and compete in every race and dominate as many races as possible,” Gatlin, the Athens 2004 Olympic gold medallist, who has twice failed drugs tests,  said.

“This year I want to be able to have fewer races, but targeted races, and run fast in each of those races.

“So I want to go out there and dominate on a higher level, not just win but dominating with fast times.”

Gatlin’s fellow American Allyson Felix will also be targeting a fast start to the season in the women’s 200m as she looks to build form ahead of this summer’s World Championships in Beijing.

“I think it’s my eleventh time here in Qatar, everybody knows I love running in Doha; I’m excited to be back, it’s a great place to run, it’s a fast track, the conditions are good and the performances are always stellar,” Felix said.

“I am just looking forward to Friday’s competition. I am not sure what to expect, my race will be like a test to see where I am and what I am going to work on from here.

Olympic 400m champion Sanya Richards-Ross will be making her debut here and the American’s biggest challenge is likely to come from 2014 Diamond League champion Novlene Williams-Mills of Jamaica.