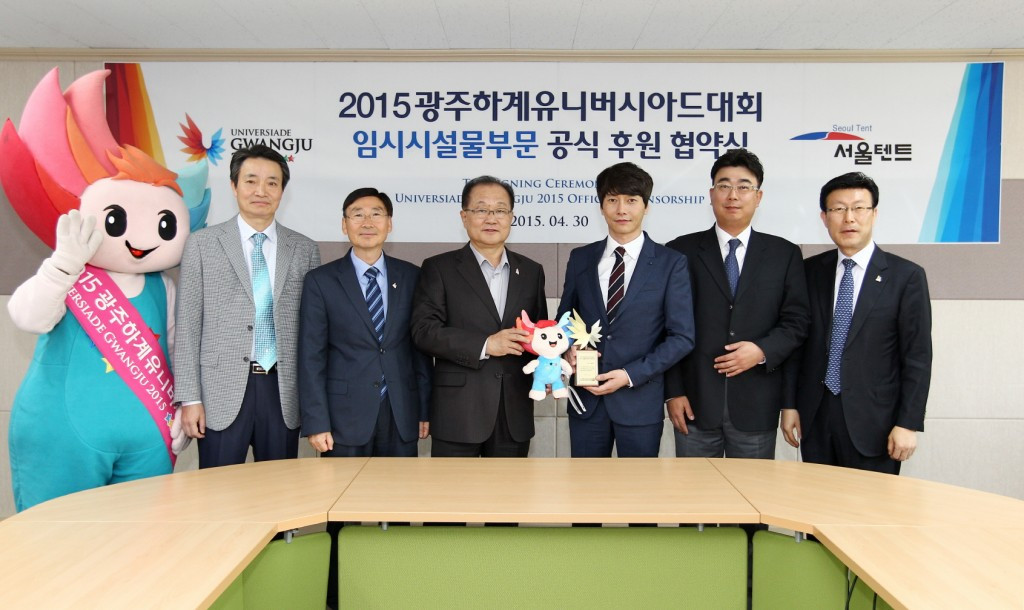 Gwangju 2015 has taken Seoul Tent Corporation on board as an official partner to provide temporary construction for this year’s Universiade.

The firm has worked on a number of projects for major sports events, including the Daegu 2011 Athletics World Championships and the Incheon 2014 Asian Games, and it will now work with Gwangju 2015 to develop temporary instalments in the South Korean city.

Gwangju 2015 secretary general Kim Yoon-suk welcomed the agreement as the Organising Committee is trying to avoid building many new facilities ahead of the event,due to take place from July 3 to 14.

"We would like Seoul Tent to provide the Universiade with perfect construction work with its long-time experience and knowhow,” he said.

Meanwhile, tickets for the Universiade have gone on sale, with a number of discounts available.

“We also expect basketball to be quite popular since famous athletes such as the renowned Kansas University basketball team will be taking part.”

Tickets can be bought here.