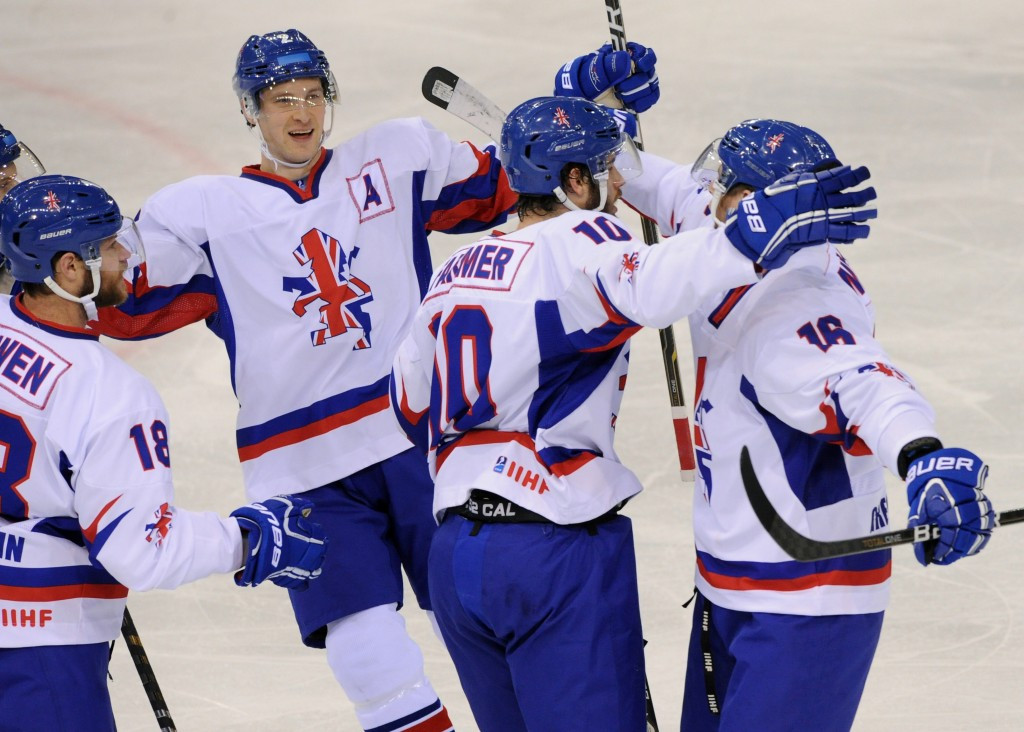 Great Britain moved to within a single victory of guaranteeing promotion from the International Ice Hockey Federation (IIHF) Division I Group B after beating hosts The Netherlands in Eindhoven.

Having already overcome Croatia, Estonia and top seeds South Korea, Britain made it four wins out of four by coming from behind to claim a 3-2 victory.

Steve Mason had put the Dutch in charge before goals from Paul Swindlehurst, Chris Blight and Craig Peacock turned the match in Britain’s favour and deemed Levi Houkes’ third-period reply a consolation.

Britain face Lithuania tomorrow, knowing a win will guarantee first place and promotion to Division I Group A.

Second-placed South Korea kept the pressure on Britain, who they lost to on Thursday (April 16), by overcoming Lithuania 5-0 and adding to their earlier victories against Estonia and The Netherlands.

Ahn Jin Hui, Cho Minho, Kim Sangwook, Lee Young Jun and Kim Kisung all got their names on the scoresheet as the Koreans took all three points.

Two points separate the top two, while a further two points behind are Croatia, who overturned a deficit to beat Estonia 5-2.

Andrei Makrov and Artur Fedoruk put Estonia into a commanding 2-0 lead, but Croatia came back strongly and came away with all three points thanks to goals from Ryan Kinasewich, Nathan Perkovich, Matija Milicic, Ryan Kinasewich and Andrew Murray.

In Division II Group A, Romania gained promotion to Division I Group B after beating second-placed Spain 7-1 to make it four wins out of four in Reykjavik.

Hosts Iceland beat Australia 6-1 to move level on six points with Spain, while Belgium overcame Serbia 3-2 to edge above their opponents into fourth position on goal difference.

Hosts South Africa picked up their first win in Cape Town by beating New Zealand 3-1, while Bulgaria overcame Israel 10-5 to move up to fourth spot.

In the women’s Division I Group A, the Czech Republic secured promotion to the World Championship thanks to wins against Latvia, France, Austria, Denmark, and most recently Norway, 4-2, in Rouen.

Austria, 8-0 winners against relegated Latvia, took second place having won four out of their five matches, while hosts France completed the top three after leapfrogging opponents Denmark with a 3-2 victory.