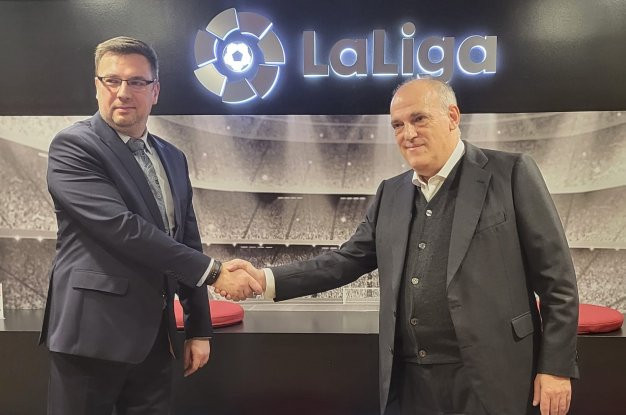 Kraków-Małopolska 2023 has signed a deal with LaLiga for Spain's top football league to promote next year's European Games.

Under the deal, adverts for Kraków-Małopolska 2023 will appear on the LaLiga website, as well as its social channels.

LaLiga's name is in turn to be displayed on stadium billboards come the European Games.

The LaLiga logo will also be given pride of place alongside other European Games sponsors.

The agreement making all of this binding was signed by Kraków-Małopolska 2023 chief operating officer and vice-president Michal Langer, as well as LaLiga President Javier Tebas.

Kraków-Małopolska 2023 is due to open on June 23 next year, with events taking place across the Małopolska region as well as in Kraków.

A programme of 25 sports has been confirmed, with organisers hoping wrestling could still be added.