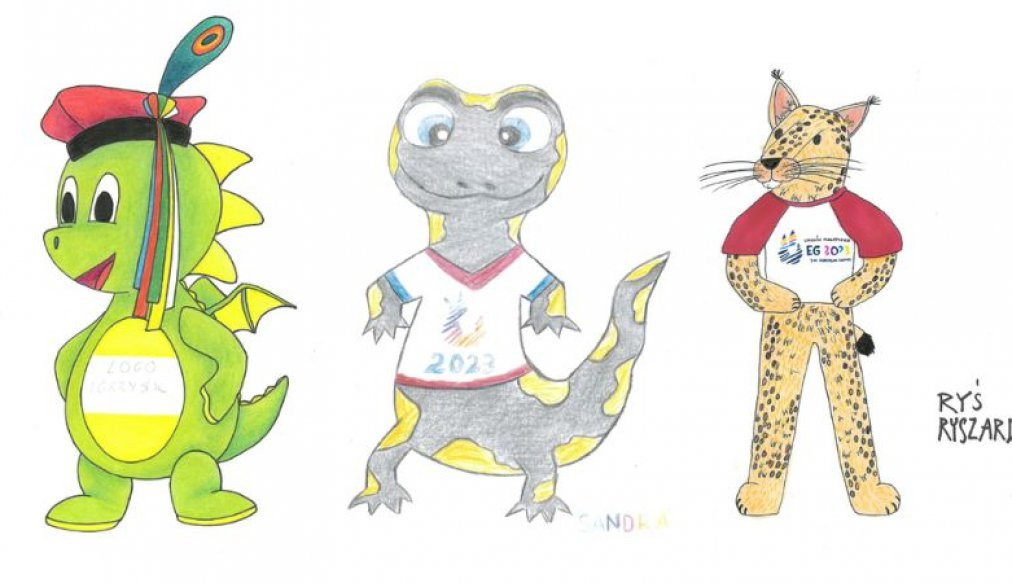 Three designs - a dragon, a lynx and a salamander - have been shortlisted in the competition to create the mascot for the 2023 European Games.

A public vote will now be used to determine the winner.

The Organising Committee received 2,409 entries, it reports, from which the three shortlisted designed have emerged.

The official mascot is expected to be created based on the winning effort.

"Ryś Ryszard", the lynx, and "Salamandra Sandra", the salamander, have both been drawn wearing a t-shirt bearing the Kraków-Małopolska 2023 logo.

"Smok Wawelski", the shortlisted dragon design, has a designated space on the underbelly for a logo.

Voting on Facebook is due to run until tomorrow.

The artist behind the winning design will be offered VIP tickets to the Kraków-Małopolska 2023 Opening and Closing Ceremonies and European Games gadgets, as well as seeing their design become reality.

The third edition of the European Games is due to open on June 23 next year.

A programme of 25 sports has been confirmed, with organisers hoping wrestling could still be added.