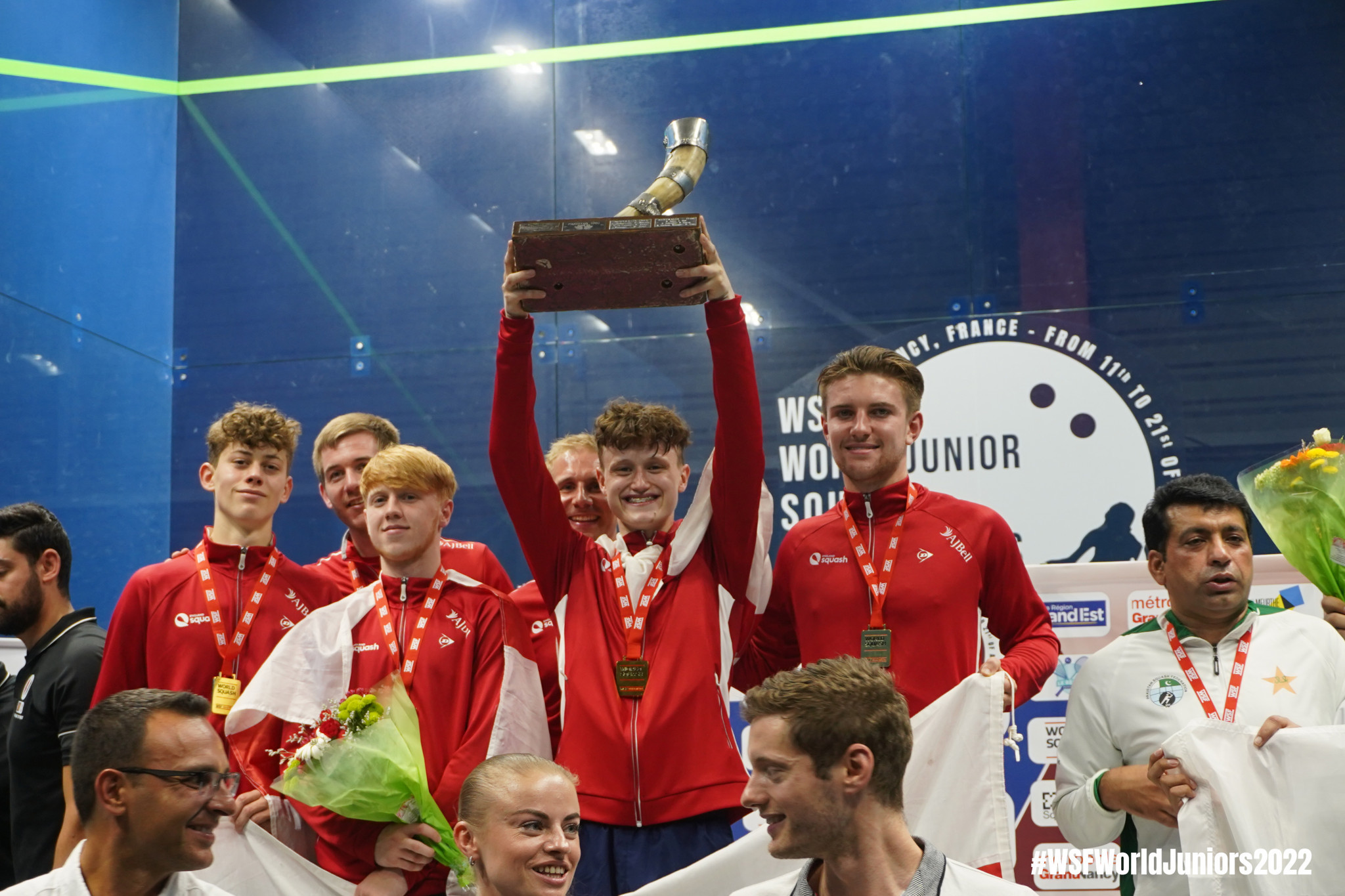 England have won their first team title since 2000 at the Men's World Junior Squash Championships, beating the defending champions Egypt in three matches in Nancy.

From 1996 to 2000, England won three gold medals - and their run without a title looked to continue when individual silver medallist Finnlay Withington went two games down to Karim El Torkey on match ball.

However, he responded well and turned the game around with it finishing 13-11.

Salman Khalil responded for the Egyptians, taking the place of Mohammed Nasser in the other singles match to secure an 11-3, 5-11, 14-12, 11-6 victory over Jonah Bryant.

Mohamed Zakaria became the youngest-ever player to compete in a Men's Team Championship final at the age of 14, but the Egyptian was unable to stop Sam Osborne-Wylde who secured the gold for England.

After winning the first two games, Osborne-Wylde was pegged back by Zakaria who ridded himself of costly errors to take the third game.

"I literally can't put it into words what it meant to win and the way it went down," said Osborne-Wylde after his win.

"Finn saving those match balls, Jonah fighting for everything, and the way it ended - you couldn't ask for anything better!

"Just looking at the names on the trophy, and we're going to have our names on it.

England join Pakistan and Australia on five world junior team titles, but Australia have not won the gold since 1992.

Pakistan and Malaysia were the losing semi-finalists, while India defeated The Netherlands for fifth place.