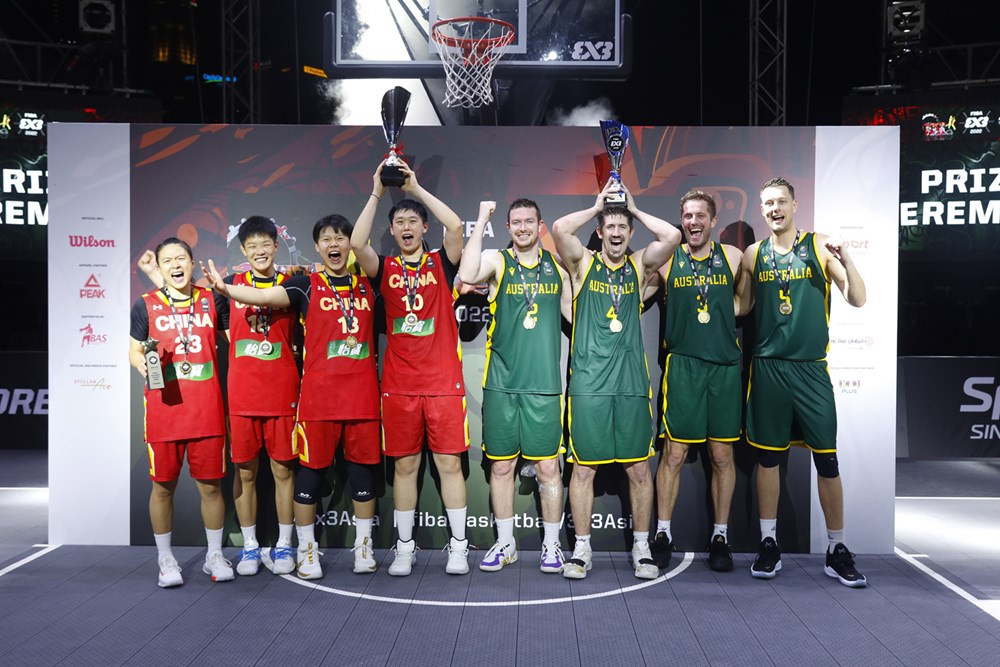 Jesse Wagstaff clinched the title with a layup as he was named the tournament's most valuable player with 42 points from five games.

He was joined on the Team of the Tournament by New Zealand's Nikau McCullough and 23-year-old Jiaren Zhao, who led China to a podium finish.

They repeated their result from 2019 after surviving a closely fought contest against the Philippines to prevail 20-18.

Zeyi Liu was clinical in the paint to finish with nine points, while Filipino star Almond Vosotros capped off an impressive tournament with eight points.

Lili Wang was named most valuable player as she performed highly once again after also being included in the team of the tournament at the World Cup.

Joining Wang in the team is rising star Maley of Australia and bucket getter Kimberley Pierre-Louis, who led surprise package Indonesia to an unexpected podium finish with 54 points from five games to top the charts.

It was the first time that Indonesia had won a medal at the Asia Cup as they beat Japan 21-17.