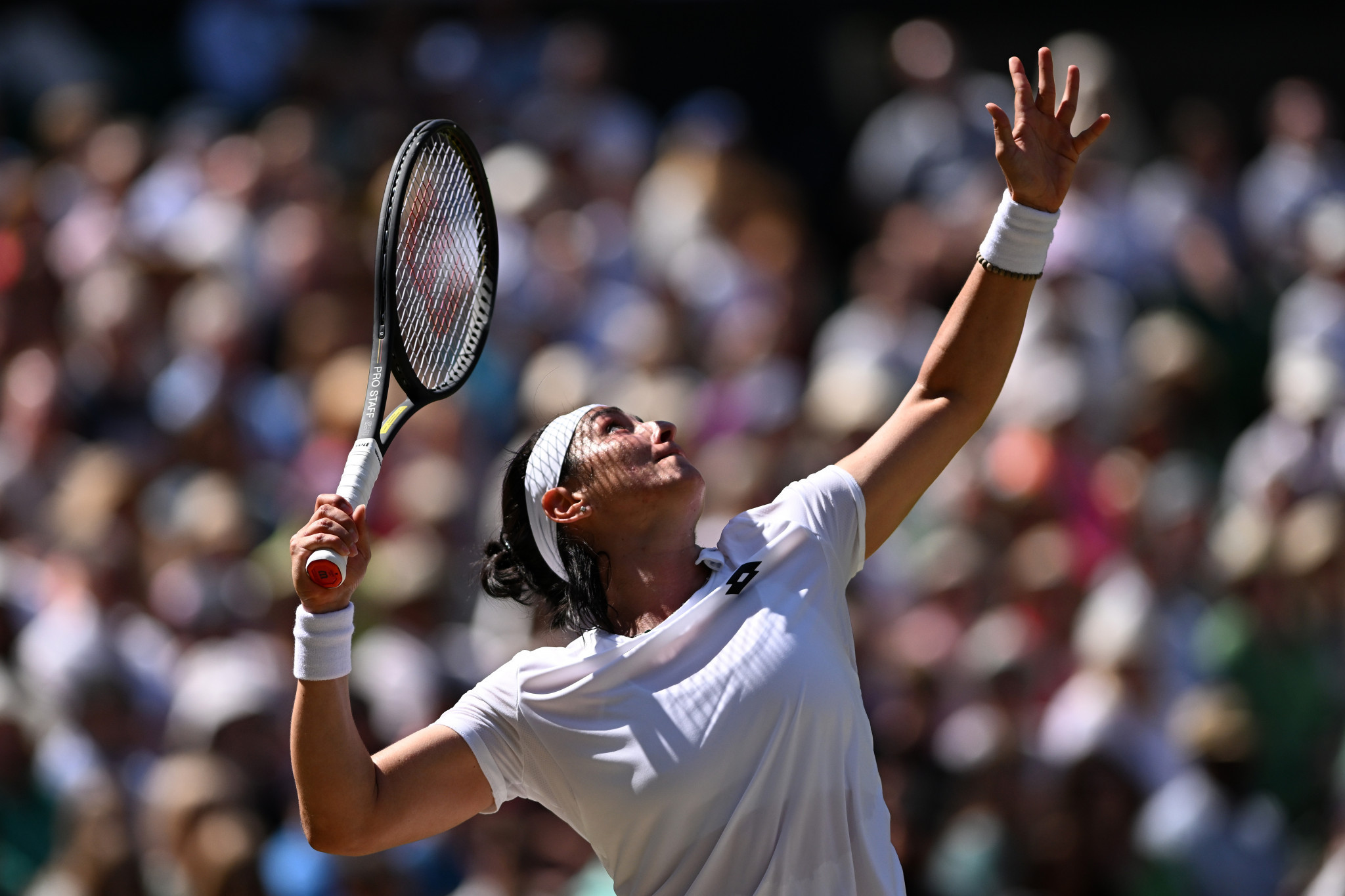 World number two Ons Jabeur and world number 23 Elena Rybakina both made history as they progressed to the Wimbledon women’s singles final after claiming respective semi-final victories over Tatjana Maria and Simona Halep.

Tunisia’s third seed Jabeur became the first Arab athlete to progress to a Grand Slam singles final while Kazakhstan’s Rybakina became the first singles player from her nation to reach a major final.

Jabeur cruised during the first set against Maria on Centre Court, winning it 6-2.

The German fought back in the second, winning it 6-3, but Jabeur’s quality shone through in the decider with the Tunisian winning 6-1.

The 2019 Wimbledon champion Halep struggled with her serve, committing eight double faults and not managing any aces.

Meanwhile, Rybakina served four aces and did not double fault throughout the game.

The Kazakhstan player, who was born in Moscow before switching nationalities in 2018 after acquiring Kazakh citizenship, is the youngest women's singles finalist at the All England Lawn Tennis Club in London since Spain’s Garbiñe Muguruza, who was aged 21 in 2015.

"I have no idea, I'm The Minister of Happiness" ?

Meanwhile, Rafael Nadal withdrew from his men's singles semi-final tie against Nick Kyrgios of Australia due to an abdominal injury.

The Spanish second seed pushed through the injury in his quarter-final match against American Taylor Fritz yesterday, receiving treatment during the match.

However, the men’s singles semi-final was deemed a step too far for Nadal as he risked putting his body under further heavy strain.

"As everyone saw yesterday I have been suffering with a pain in the abdominal and something was not OK there," Nadal said as his hopes of a calendar Grand Slam sweep ended.

"That is confirmed, I have a tear in the muscle and the communication is too late.

"Throughout the whole day I have been thinking about the decision to make.

"I think it doesn't make sense to play.

"I feel very sad to say that."

The walkover means Kyrgios has reached his first career Grand Slam final with the 27-year-old set to play either Serbia’s Novak Djokovic or Britain’s Cameron Norrie, who are due to play tomorrow.

The women’s singles final between Jabeur and Rybakina is scheduled to be played on Saturday (July 9).