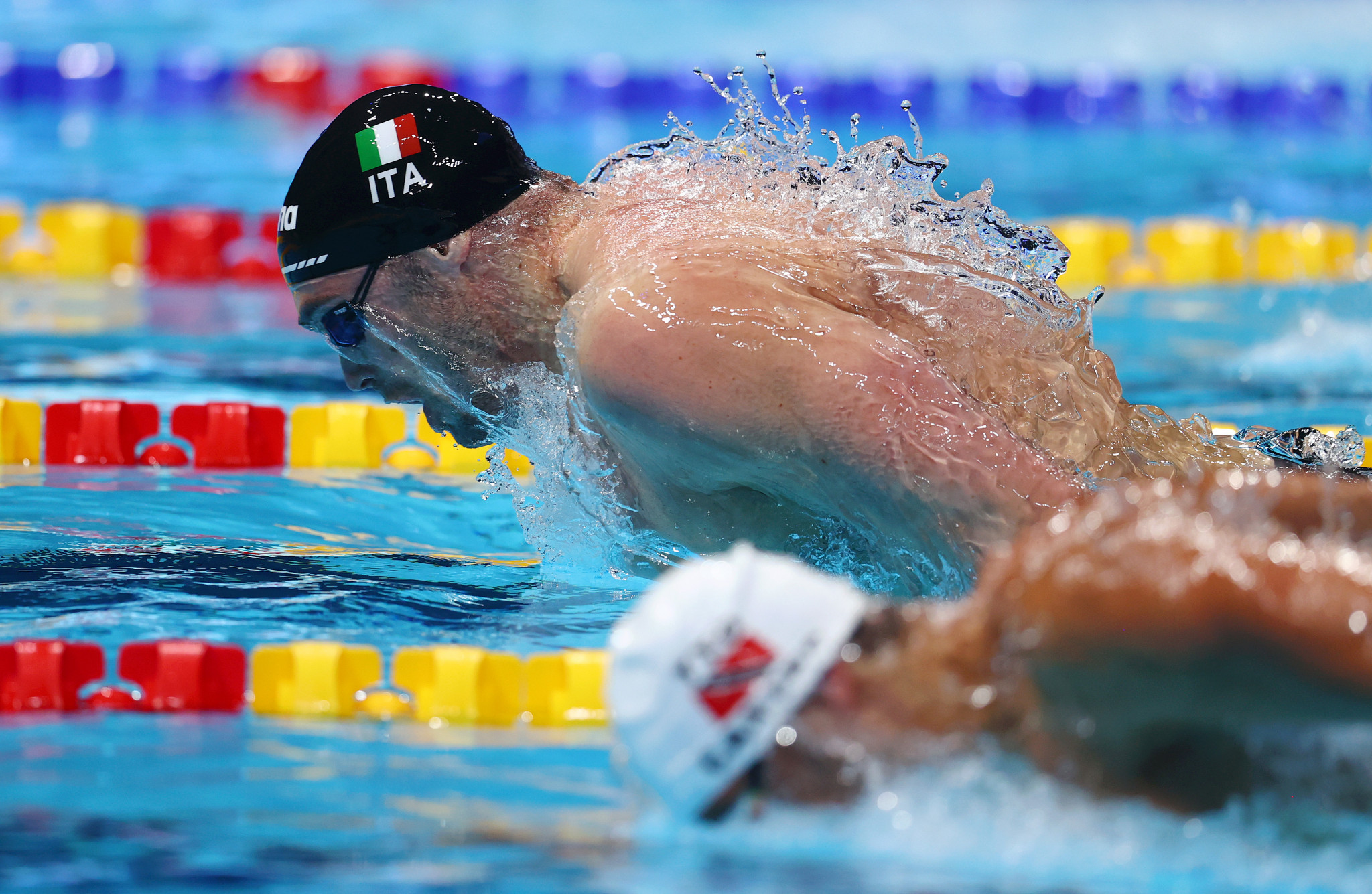 Turkey and Italy both claimed three gold medals on the final day of swimming finals at the Mediterranean Games in Oran, Algeria.

Eight gold medals were up for grabs at the Arena Nautique, with Turkey's first victory coming in the women’s 400 metres freestyle.

Turkey’s second gold of the night came in the women’s 200m breaststroke, with Viktoria Gunes victorious in 2:26.48.

Silver went to Marina Garcia Urzainqui of Spain in 2:27.32 with bronze going to Portugal’s Raquel Gomes Ramos in 2:28.35.

Turkey’s third gold came in the men’s 100 metres breaststroke, in a race where they claimed a one-two, with gold going the way of Berkay Ogretir in 1:00.03 in a championship record.

In the night’s opening swimming final, the men’s 100m butterfly, gold went to Matteo Rivolta of Italy in a championship record time of 51.66 seconds.

There was more Italian gold in the men’s 200m freestyle, with victory going to Filippo Megli in 1:47.33.

Dimitrios Markos of Greece took silver in 1:48.11, with Luis Dominguez Calonge of Spain winning the bronze medal in 1:48.33.

A third Italian gold came as part of a one-two in the men’s 200m backstroke, with victory going to Lorenzo Mora in 1:57.62.

Silver went to his compatriot Matteo Restivo in 1:57.77 with France’s Christophe Pierre Brun taking the bronze in 1:58.40.

The women’s 100m backstroke title went the way of Camila Rodrigues Rebelo of Portugal in a time of 1:01.34.

Silver went to Carlotta Zofkova Costa of Italy in 1:01.61, with the bronze medal going to Carmen Weiler Sastre of Spain in 1:01.98.

The concluding final of the swimming programme was the women’s 4x100 freestyle relay, with victory going to Slovenia in a championship record of 3:38.52.

In fencing, the final two events of the programme were the men’s and women’s individual foil categories at the Mohamed-Ben Ahmed Convention Center.

Llavador took the silver medal, with bronzes going to the two defeated semi-finalists Mohamed Hamza of Egypt and Davide Filippi of Italy.

In the overall medal table Italy sit top with a haul of 159, consisting of 48 golds, 50 silvers and 61 bronzes.

Turkey sit in second place with 108, followed by France in third on 81, and hosts Algeria in fourth with 53.

Men’s and women’s handball medal matches are set to be the final sporting action of the Games tomorrow, followed by the event’s Closing Ceremony.