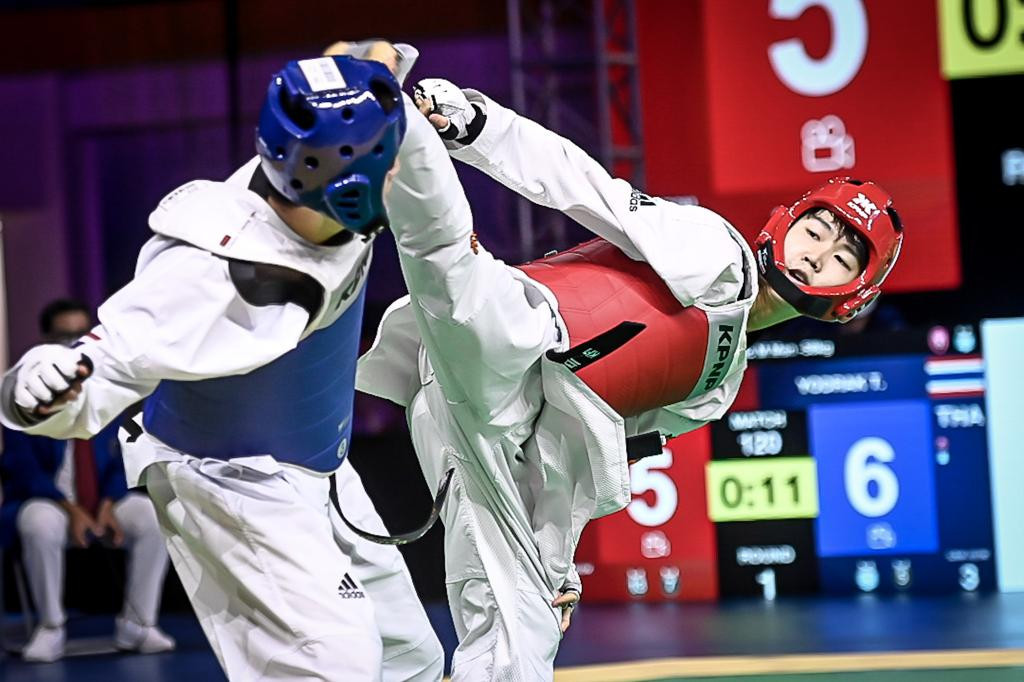 Both South Korea and China followed up their early success at the first World Taekwondo Grand Prix Challenge by almost taking every podium position on day two in Muju.

The men’s under-58 kilograms category saw Korea’s Tae‐joon Park defeat Thanakrit Yodrak of Thailand 2-1 in the final to claim gold at the Taekwondowon complex.

Despite Yodrak's loss, his silver was Thailand's first medal of the tournament, and the only top-three position on the day not to be taken by a Chinese or South Korean fighter.

In the bronze medal match, Young-hwan Kim of South Korea outclassed China’s Yupeng Li with a particularly strong display on his way to a 2-0 victory.

Zeqi Zhou of China clinched gold with a 2-0 win over South Korea's Min‐ju Kwak in the women’s under-67kg final fight.

The other action of the day saw an all-South Korean final in the men's over-80kg category between Yeon ho Kang and Minseo Kim.

It was Kang who came out on top 1-0 in an extremely close contest to take home gold.

South Korea ended the day with five medals, two of which were gold.

Each winner and runner-up secured a place at the Manchester 2022 World Taekwondo Grand Prix as a result of their performances.

The final day of action at the World Taekwondo Grand Prix Challenge will see three more weight categories decided - the women’s under-49kg and over-67kg and the men’s under-80kg.