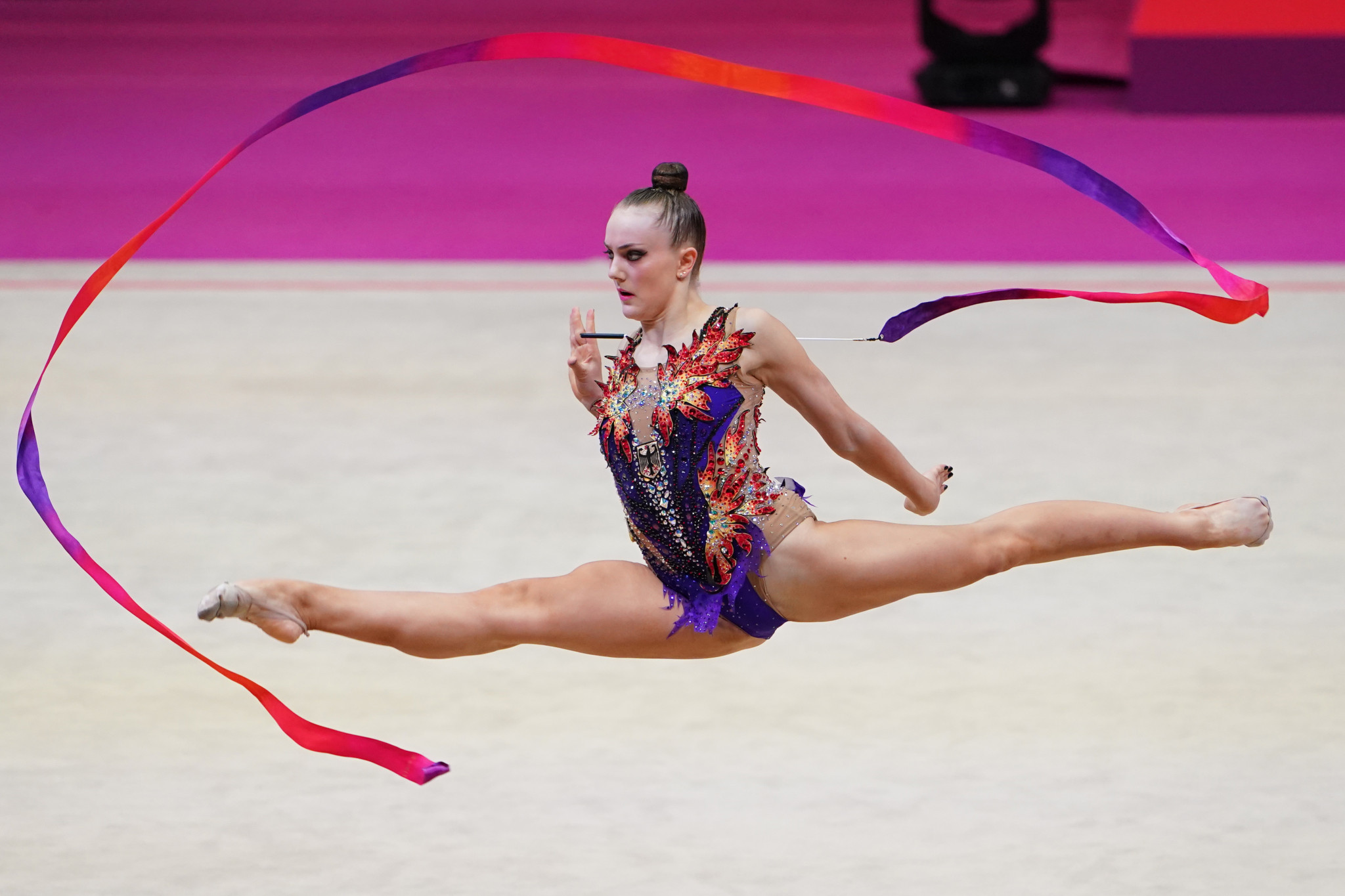 Germany's rhythmic gymnasts Margarita Kolosov and Darja Varfolomeev propelled their nation to the podium on three occasions at the International Gymnastics Federation World Challenge Cup in Pamplona in Spain.

Varfolomeev claimed golds in the ball as well as the ribbon while her compatriot topped the hoop discipline.

Noga Block of Israel finished third with a tally of 31.550.

The 15-year-old German repeated her success in the ribbon thanks to a total of 31.450, beating Slovenia’s Ekaterina Vedeneeva and Spain’s Teresa Gorospe.

Vedeneeva finished second again after being judged at 31.200 as Argentina’s Sol Martinez Fainberg came third on 30.700.

Bulgarian representative Stiliana Nikolova topped the podium in the clubs with a score of 33.450.

Adi Asya Katz of Israel established herself as the runner-up by tallying 32.350 and Vedeneeva settled for bronze following a total of 31.900.

Italy claimed both the hoops and the ribbon and ball titles in the group events.

The Italians dominated the hoops, scoring 36.050, while Spain and Azerbaijan ended the event in second and third.