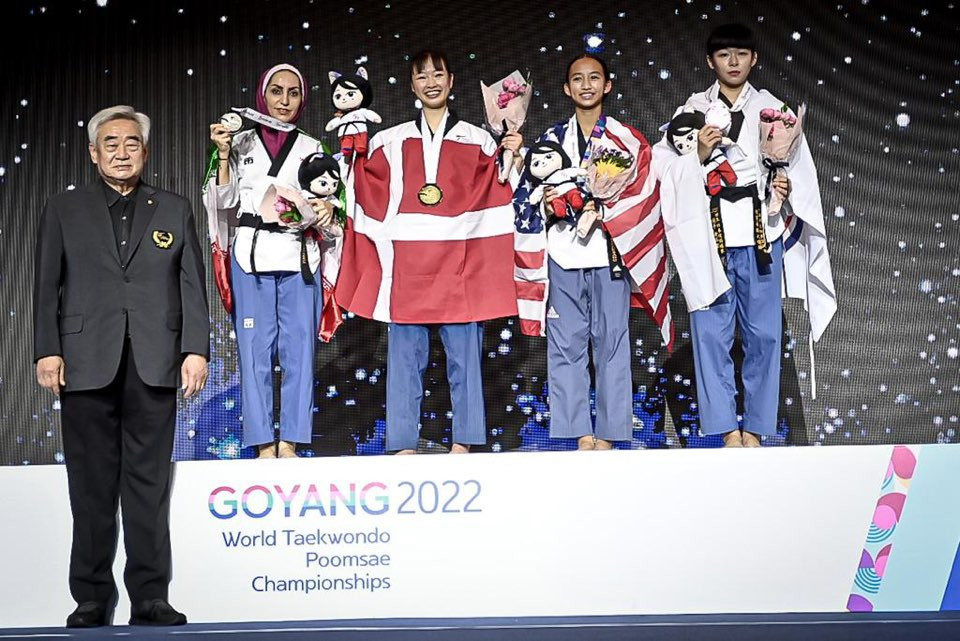 Hosts South Korea continued their perfect record at the World Taekwondo Poomsae Championships, topping the medals table for the 12th consecutive edition with 20 golds in Goyang.

South Korea went into the final day of the Championships with 16 victories to their name, and added a further four from the last eight events at the Korea International Exhibition Centre.

Lee Nam-hoon triumphed in the freestyle men's individual over-17 category, with William Arroyo of Mexico taking silver and Canada's Jinsu Ha and Darius Venerable of the Philippines claiming the bronze medals.

In the recognised men's individual under-60 event, Lee Cheol-hee came out on top, with Denmark's Dang Ky-tu finishing second.

Second place went to Vietnam, with Chinese Taipei and the US finishing joint third.

The day's other winners came from four different countries.

At the end of the Championships, Chinese Taipei placed second with four gold medals, while Spain and the US each took three golds.

South Korea's Kang Wan-jin was named the men's recognised poomsae most valuable player (MVP) of the Championships after taking gold in the under-30 category, with the women's recognised award going to under-30 champion Eva Sandersen of Denmark.

Colombia claimed the active participation prize, and finally the best fighting spirit award was given to the Ukrainian team.

Poomsae is a demonstrative form of the martial art, providing a non-combat alternative to ensure that taekwondo can approach different audiences.

The World Championships in Goyang were being staged for the first time since 2018.