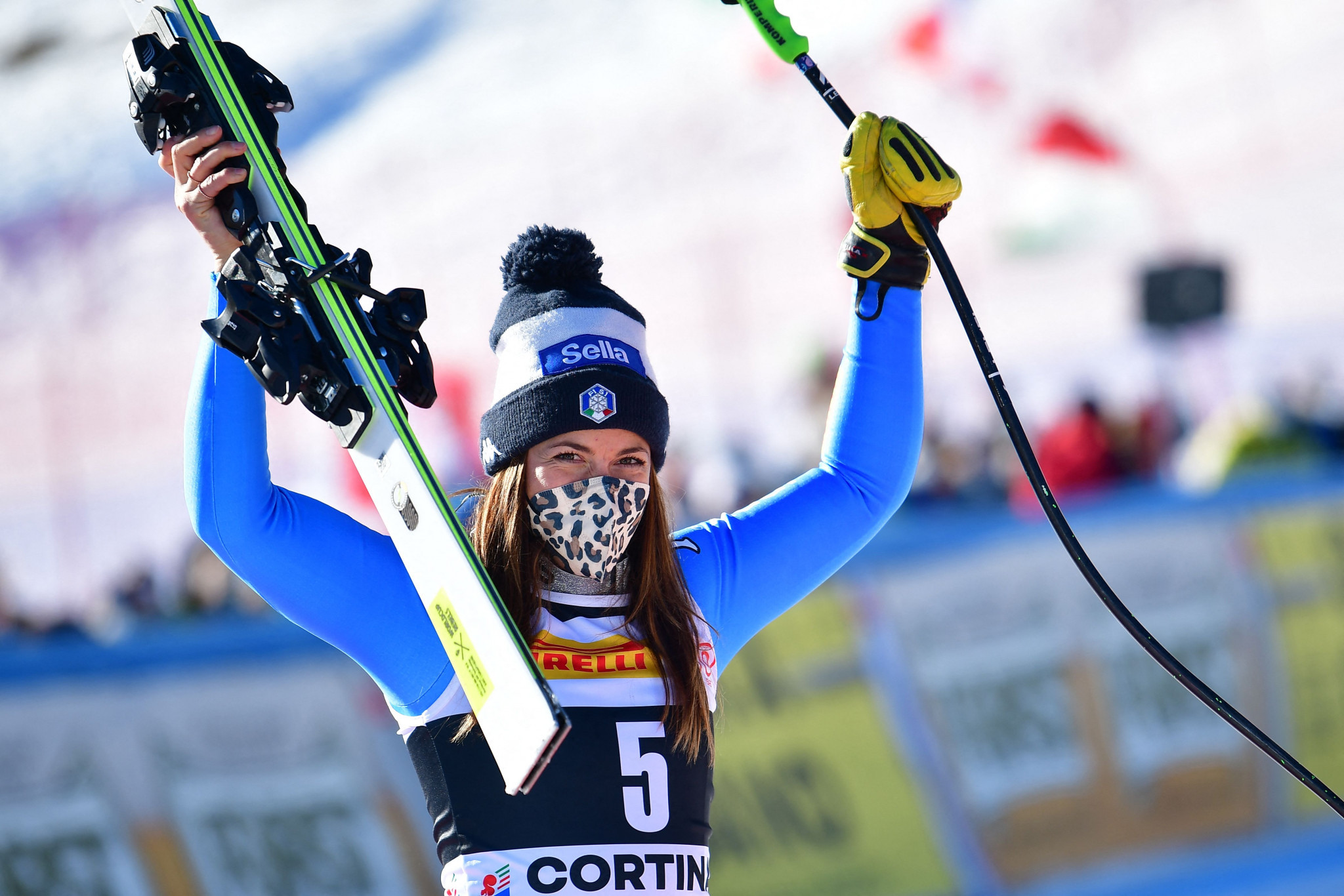 Thirty-year-old Curtoni was the fifth skier down the course and crossed the line in 1min 20.98sec, taking the lead from Tamara Tippler by 0.09sec thanks to an aggressive run.

That ended up being the final top two, as Austria's Tippler came close to a maiden World Cup but had to settle for a first podium finish of the season.

Federica Brignone of the host nation Italy and Switzerland's Corrinne Suter - winner of two world titles at this resort last year - completed the top five in that order.

Goggia was the pre-race favourite and fresh from triumphing in yesterday's downhill contest, but lost control and crashed out.

Goggia was holding her knee following the tumble, but was able to ski to the finish.

The reigning Olympic downhill champion missed the home World Championships at this venue in 2021 because of injury, and now faces an anxious wait to see if there will be any lasting damage with Beijing 2022 only two weeks away.

Today's result sees Curtoni move to second in the overall super-G standings, 29 points behind Brignone and 16 ahead of Goggia in an all-Italian top three.