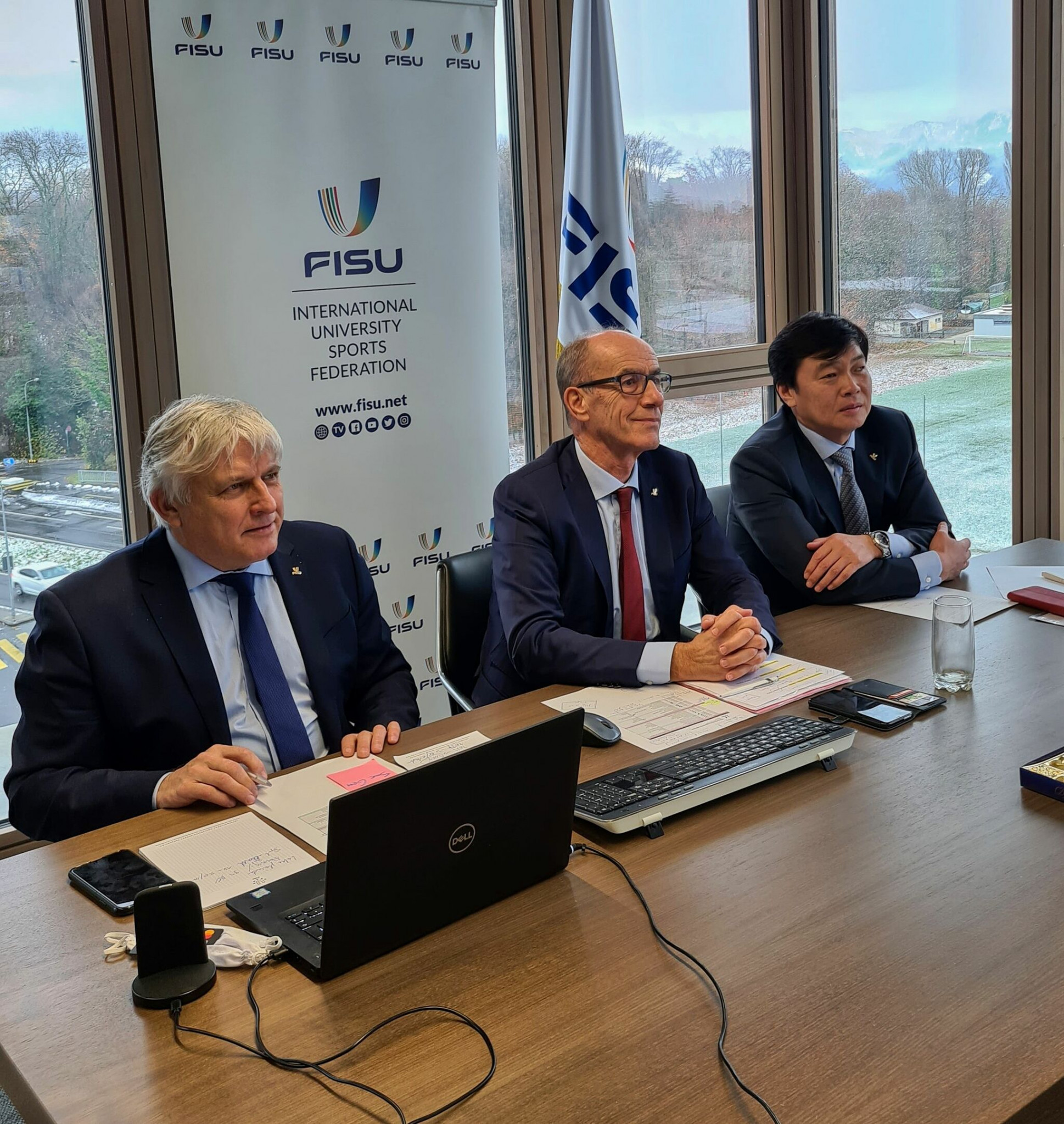 The International University Sports Federation (FISU) Executive Committee vowed at a meeting to engage in dialogue with organisers of the cancelled Lucerne 2021 Winter Universiade to gauge their interest in hosting the 2027 winter edition of the FISU World University Games,

The multi-sport event, scheduled to be held in Lucerne and across central Switzerland from December 11 to 21, was cancelled less than two weeks prior to the Opening Ceremony when the European nation imposed a mandatory period of 10 days quarantine for all arrivals from several countries affected by the Omicron COVID-19 variant.

Switzerland dropped this requirement in favour of a tougher testing regime for all international visitors, but it came too late for a reversal of the cancellation.

The Executive Committee meeting was due to be held alongside Lucerne 2021 but was instead held online.

Lucerne 2021 was the last FISU event due to be held under the Universiade branding, with hosts for the Winter Games in 2023 and 2025 already confirmed as Lake Placid and Turin respectively.

However, there are currently no candidates to host the 2027 and 2029 winter editions of the FISU Games, and it was revealed on the second day of the Executive Committee meeting that talks will be held with Lucerne to investigate their level of interest in holding the first of those events "to leverage all the work done in Central Switzerland in planning for 2021".

FISU's Acting President Leonz Eder had earlier addressed the cancellation during his opening report at the meeting.

"Not only [was this] a personal drama for me, but a big shock for the entire Organising Committee, the entire FISU family, our delegations and especially the young athletes who could not come to central Switzerland to compete and meet each other," Eder said.

He said FISU and the Organising Committee were left with no alternative when travel restrictions were introduced but urged the university sport movement to "look forward and seize opportunities 2022 will offer us".

President of the Organising Committee Guido Graf expressed similar sentiments during his report, although Mike Kurt - President of Swiss University Sports - said he believes the Universiade will still provide a legacy across the region, with a short track speed skating high performance centre in Zug among the approximately 50 legacy projects.

Issues relating to the cancellation will be addressed with Lucerne 2021 and hotels in the city next week, FISU's chief executive and secretary general Eric Saintrond revealed, while the Federation's planned media efforts in the absence of the event include an online challenge for student-athletes and highlights from previous editions of the Winter Universiade.

From a financial perspective, treasurer Bayasgalan Danzandorj said "in the next few weeks we’ll know the full extent of the impacts" of Lucerne 2021 not going ahead, and that COVID-19 made budgetary planning for next year challenging.

Future FISU events were also discussed by the Executive Committee, with the Chengdu 2021 Organising Committee telling members some test events have already been held at the venues, of which 13 have been built and 36 renovated.

The main focus for next year's delayed summer FISU Games, scheduled for June 26 to July 7, concerns COVID-19 protocols that will be in place and confirming travel arrangements.

China has implemented some of the world's toughest restrictions, including on international travel, and there are currently no direct flights to Chengdu.

However, Jing Zhao, FISU's deputy director of the World University Games Summer, insisted: "We should not only talk about the challenges but the achievements.

"The sports venues, competition and training are ready."

A total of 22 events in 17 countries are due to be held by FISU next year, and hosting rights for 80 per cent of competitions in 2024 have already been awarded.

The FISU University World Cup Combat Sports - held across six different sports - is one of the planned events in September 2022 in Yekaterinburg, and was described by Eder as "a very big development in FISU's sport programme".

The 2022 FISU World Forum in Costa Rica has been postponed from April until December 5 to 9 to increase the chances of in-person attendance, while the 2024 edition has been awarded to the Croatian Academic Sports Federation and the University of Split.