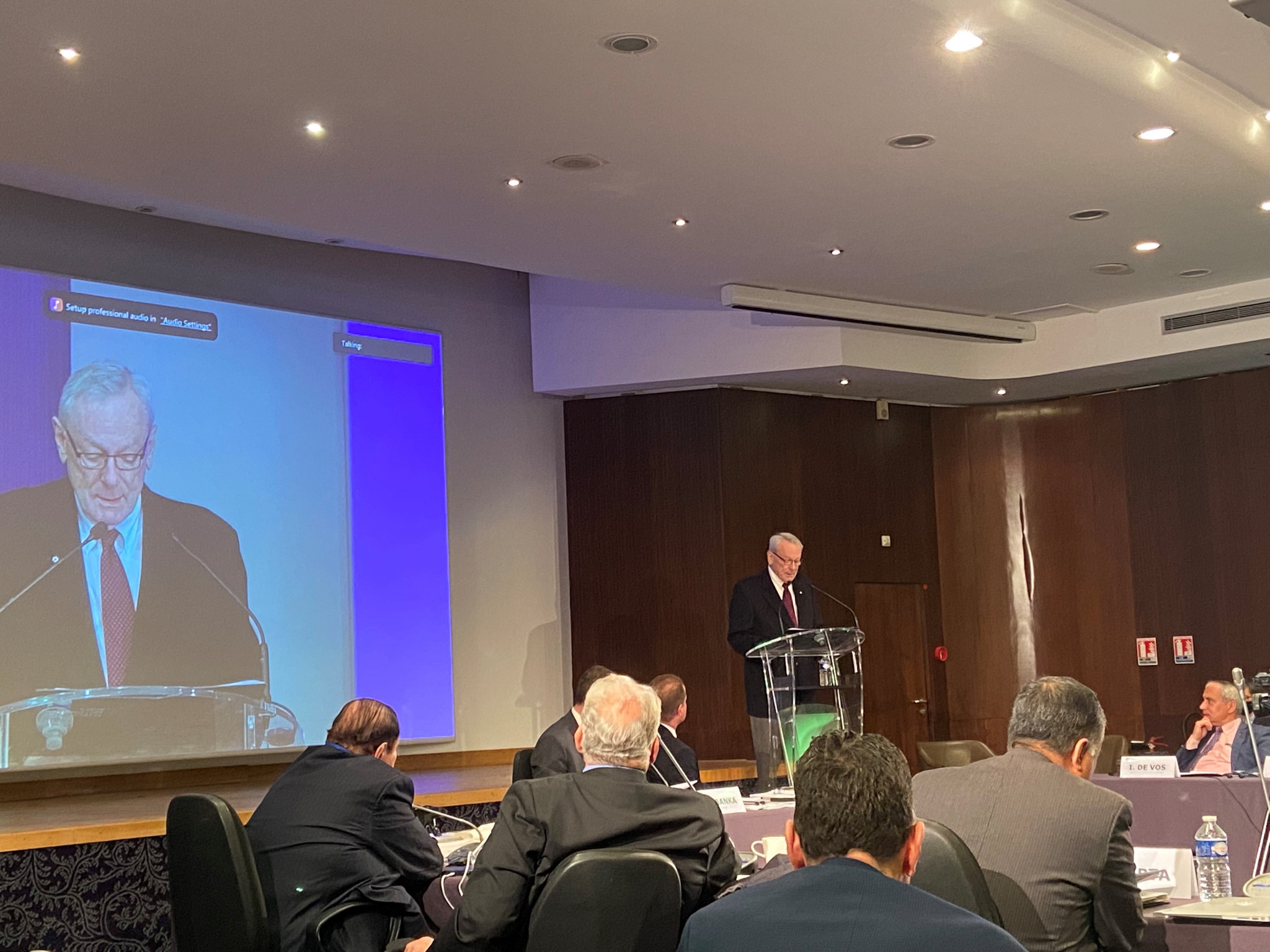 The World Anti-Doping Agency (WADA) has officially bestowed the title of Founding President on Richard Pound, the peerless Canadian official who helped establish the global watchdog in 1999.

Pound, the longest-serving member of the International Olympic Committee (IOC), received a standing ovation as he walked into the room here to receive the honorary position.

Tributes were paid to Pound, who led WADA from 1999 to 2007 and served on its Foundation Board until the end of last year, from the IOC, Governments and athletes during a meeting of the 38-member body today.

The 79-year-old claimed it was a "tremendous honour" to be given the title, which will mean he can be invited to major WADA events and provide his expertise to the current administration, but does not give him voting rights.

"For WADA to have managed to come into existence in the first place, and to have progressed so far and so quickly, are incredible achievements, of which we should all be proud," Pound told the Foundation Board meeting.

"We have succeeded because we know what we do is important and our objectives are crucial for sport, the athletes who compete and for society in general, plus the fact that as an ongoing work in progress we constantly strive to be an even better organisation.

"I am proud of WADA's success and for all the people who have made that success possible.

"Together, we have demonstrated that sport and the public authorities can work together for a common objective.

"I am convinced that if we continue to do so in the years to come, together we will become even better and fully clean sport will come even closer to the goal we seek."

Pound, whose tenure on the IOC comes to an end next year, has been involved with WADA in various capacities over the years.

He oversaw the drafting and implementation of the World Anti-Doping Code and, more recently, led a high-profile probe into the infamous Russian doping scandal.

WADA President Witold Bańka hailed Pound as a "trailblazer" and a "man of great integrity", adding the Canadian had "become to symbolise the clean sport movement".

Bańka, the fourth head of the global watchdog, claimed the Founding President title was "recognition of your enormous contribution to WADA and the protection of clean sport around the world".