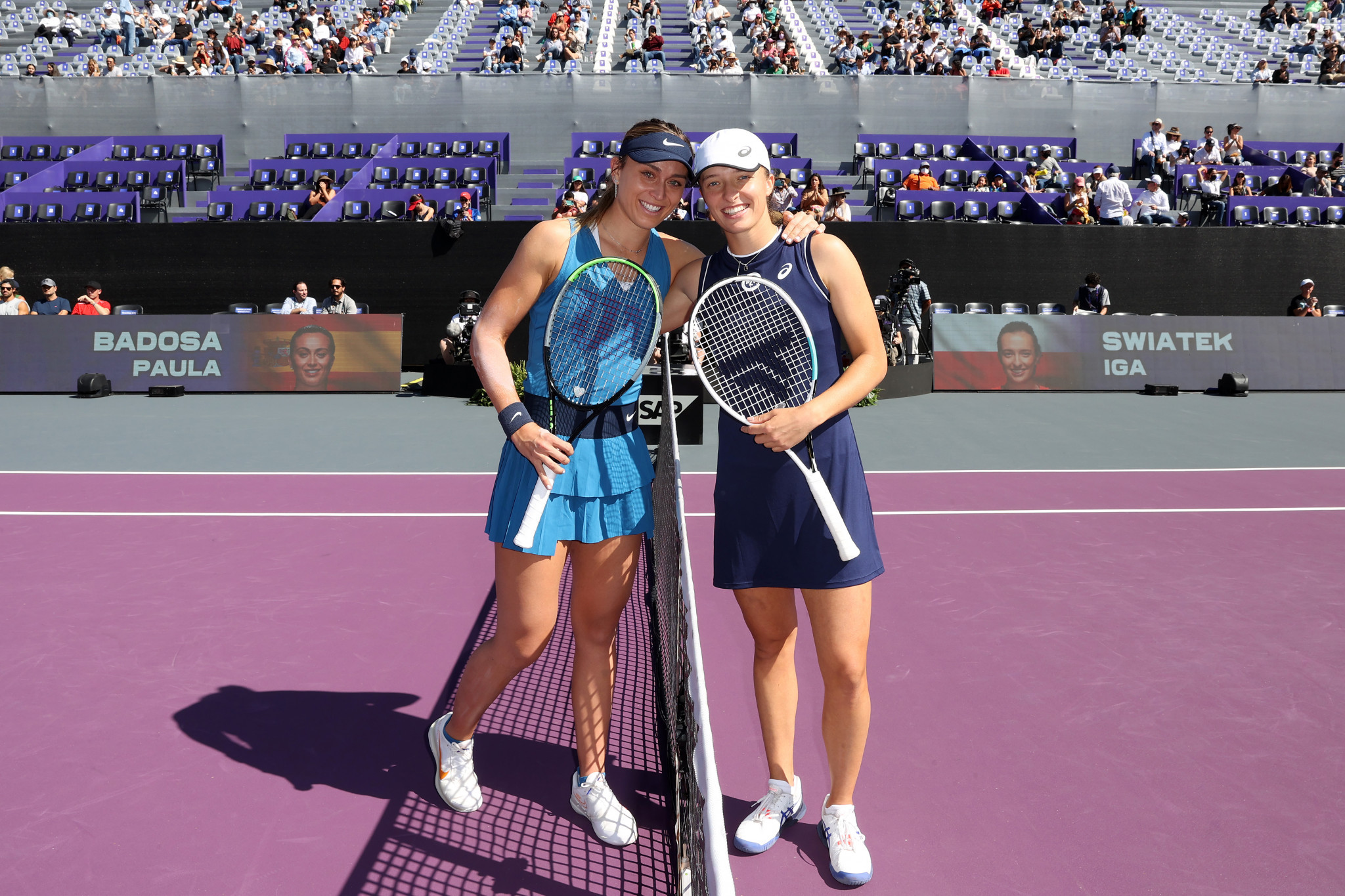 Spain's Paula Badosa suffered defeat to Poland's Iga Świątek but will play compatriot Garbiñe Muguruza in the semi-finals after winning her first two matches of the round-robin group stage at the Women's Tennis Association (WTA) Finals in Guadalajara.

Badosa had already secured her semi-final spot thanks to wins against Aryna Sabalenka of Belarus and Maria Sakkari of Greece in her opening two matches.

However, Świątek, who had lost her first two matches, sprung the upset in this final dead-rubber, running out the straight-sets victor 7-5, 6-4.

Świątek won nearly 75 per cent of her first-serve points in a dominant display, winning almost two-thirds of all points on her own serve, more than 10 per cent higher than Badosa.

The semi-finals spots, currently occupied by Badosa and Muguruza in an all-Spain tie, and Estonia's Anett Kontaveit, will be completed by either Sabalenka or Sakkari, who meet later this evening in a winner-takes-all contest.

The pair both have one win and one loss so far, with the winner set to face Kontaveit in the semi-finals.