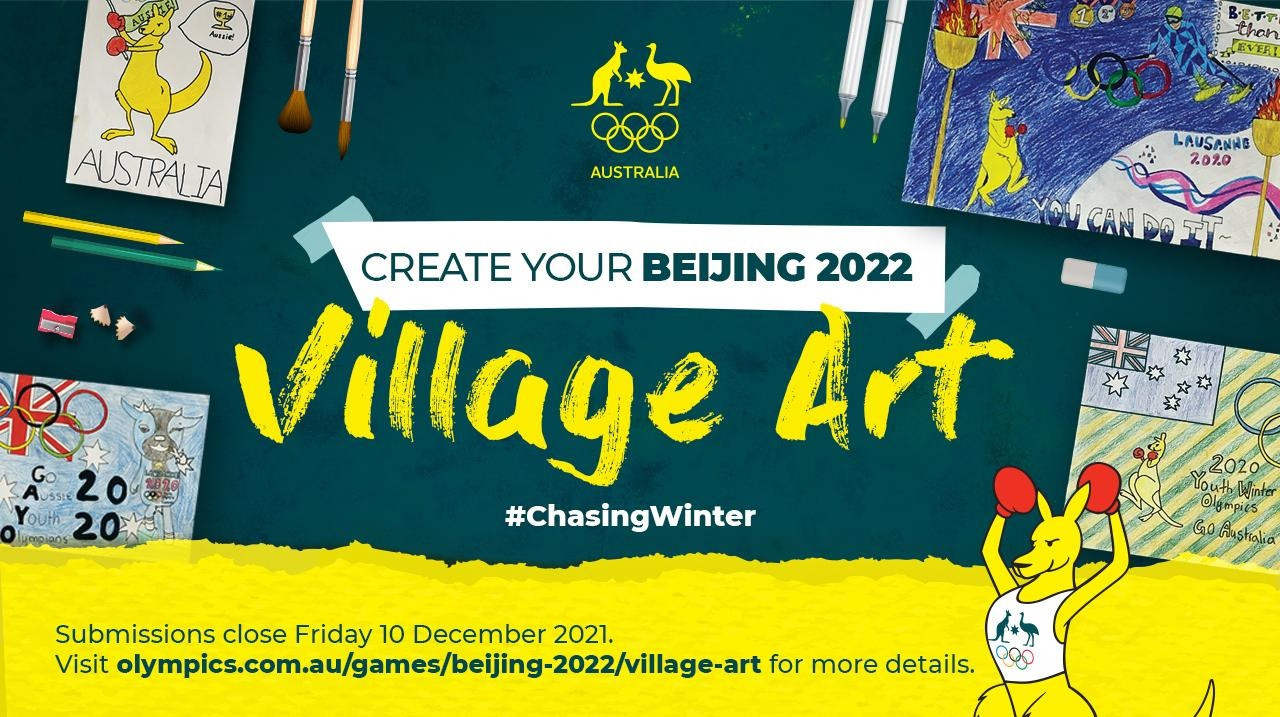 Schoolchildren from across Australia are being urged to create artwork that will help to inspire athletes at next year's Beijing 2022 Winter Olympics.

The Village Art scheme has been launched by the Australian Olympic Committee (AOC) with less than four months to go until the Games open in the Chinese capital.

The AOC said the long-standing tradition of decorating the wall of the Australian quarters of the Olympic Village with artwork from schoolchildren had been "somewhat lost but it's been connecting our athletes to home for generations".

Australian freestyle skier Sami Kennedy-Sim said seeing the work of youngsters at the Village helped to spur on the team.

"Walking into Team Australia House in the Olympic Village and seeing artworks from kids across the country is so special," said Kennedy-Sim, who competed in ski cross at Sochi 2014.

"It really makes the athletes and staff feel like they are part of something really big.

"Seeing kind wishes and images of a child's interpretation of an Olympics makes me feel more connected to my community when I'm geographically so far away.

"Knowing they are proud of us makes me proud to represent them."

A statement from the AOC added: "For many schoolchildren it's the first time they learn that all the nations of the world come together in a peaceful celebration of sport.

"Village Art can create their first connection to an athlete and help them to become part of that athlete's journey through drawing and learning about their story."

Bec Walker, a teacher from Jasper Road Public School, said she had witnessed the impact being part of the Village Art initiative had on children and praised the AOC's online resources.

"Having previously participated in the Village Art programme, I know the resources and lesson plans are super helpful and easy to follow," said Walker.

"It really connects our kids to the Games, helps them to learn more about the athletes and the different sports and provides a source of real positivity which is something I think we all need right now."

Submissions for the Village Art scheme are due to close on December 10.