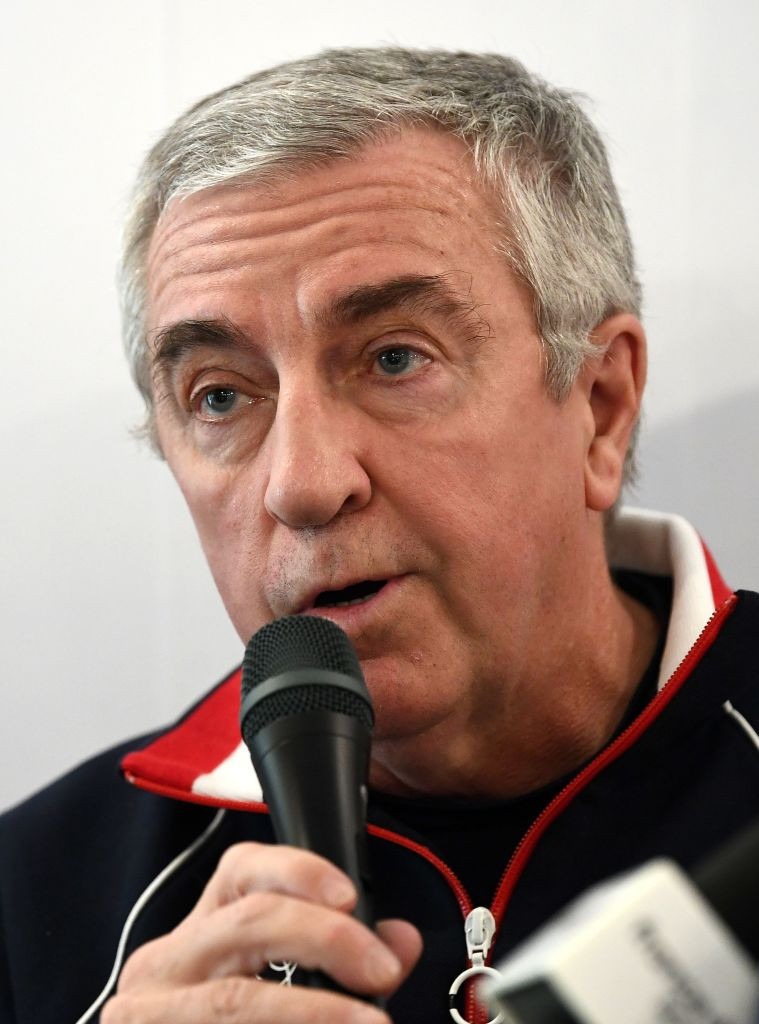 The International Ice Hockey Federation (IIHF) will investigate the recent racist incident in the Ukrainian league and analyse the decision to hand Andriy Deniskin a 13-game ban with a view to possible further sanctions, according to new President Luc Tardif.

Tardif told Reuters he had tasked the organisation's Ethics Committee with looking into the incident in the Ukrainian Hockey League (UHL), where Deniskin was caught mimicking peeling a banana and eating it in the direction of black American player Jalen Smereck.

Deniskin, a forward at HC Kremenchuk, was handed the maximum suspension permitted under the rules of the Ice Hockey Federation of Ukraine.

The IIHF Ethics Committee could recommend the Disciplinary Board bring further action against the player.

Tardif said the IIHF will assess harsher punishments for racism following the incident and will consider pressuring leagues to amend their rule books to include sanctions for racist behaviour.

"Thirteen games, that's a third of the season," the Frenchman told Reuters.

"That's still a lot, but we don't think it's enough.

"We have to put pressure on the Federations and the leagues to include sanctions for these types of incidents in their rules.

"We will have to spend the year encouraging Federations to introduce a scale of sanctions.

"If not, they won't have any tools to hand them out."

Denyskin wrote a formal apology on Instagram, but this was later deleted after the Ukrainian was accused of being insincere in his statement.

Smereck joined the UHL this year and had been playing outside the United States in club ice hockey for the first time after spending five years on an entry-level contract with National Hockey League side Arizona Coyotes.

He took a leave of absence after the incident and has since mutually agreed with his club HC Donbass to terminate his contract.