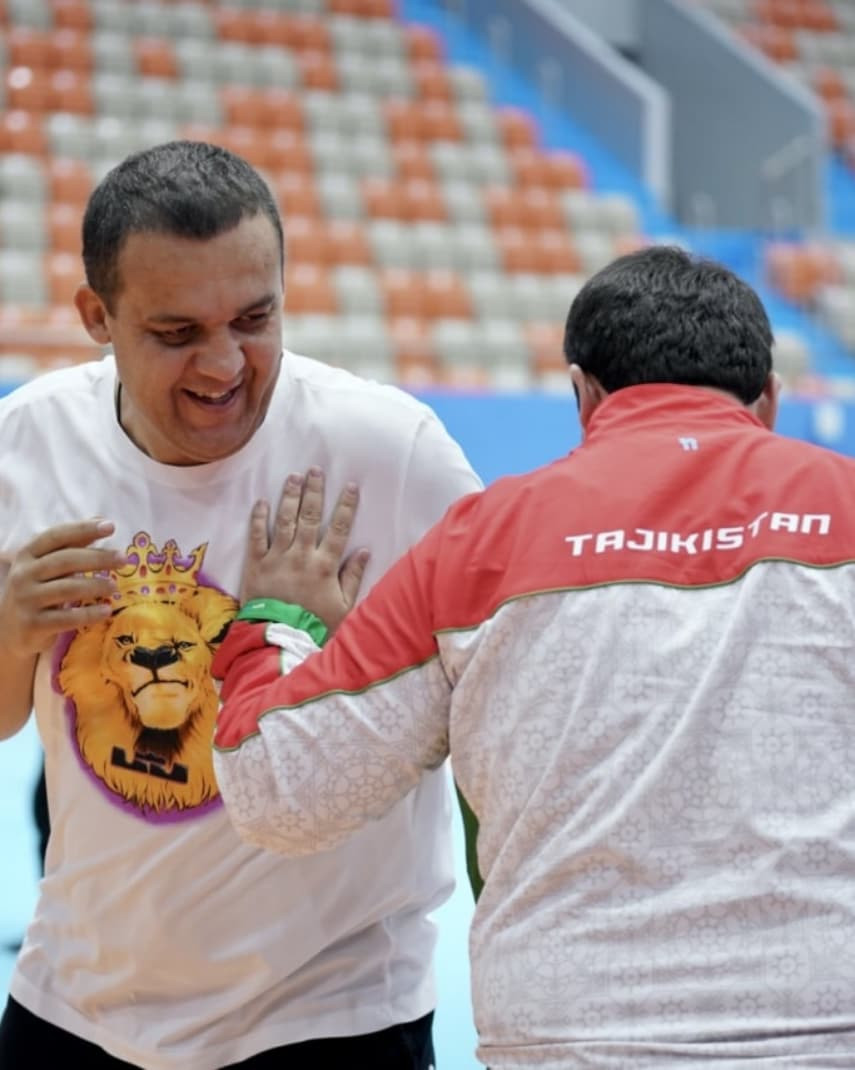 International Boxing Association (AIBA) President Umar Kremlev has urged Tajikistan to develop the sport during a visit to the Central Asian country.

Kremlev held meetings with officials and boxers, who he donated equipment to so they can prepare properly for upcoming competitions.

"AIBA would like boxing to become one of the most popular sports here," Kremlev said during his trip.

"Tajikistan has a high potential in boxing and a good history of great athletes.

"The most important thing is to develop the sport.

"With the support of AIBA, Tajikistan can improve the qualifications of the specialists, exchange experience, hence perform better at the international level."

Since gaining its independence in 1991 following the break-up of the Soviet Union and making its Olympic debut at Atlanta 1996, Tajikistan has sent only one boxer to the Games.

That was Mavzuna Chorieva, winner of bronze in the woman’s lightweight category at London 2012, making her Tajikistan’s only female Olympic medallist.

Tajikistan has also failed to send a representative to the Asian Games since Guangzhou 2010.

Probably, Tajikistan’s most successful boxer is Raimkul Malakhbekov, born in the country’s capital Dushanbe but who represented Russia at international level.

The former bantamweight won two AIBA World Championship titles in 1995 and 1997, as well as an Olympic silver medal at Sydney 2000 and bronze at Atlanta 1996.

Malakhbekov was among delegates to greet Kremlev during his visit.

"We are happy to welcome AIBA President here in Tajikistan," he said.

"This is very important for a leader to travel to different countries and to speak with boxers and representatives of NFs (National Federations) personally.

"Boxing in Tajikistan has great future and perspectives, and under right leaderships, it will develop very fast."

Kremlev sought to assure officials and boxers that they would try to create conditions to help them develop.

"I hope to see Tajikistan representatives in the AIBA Committees," he said.

"Let's educate specialists, hold international seminars for referees and judges, so they can perform well on the international arena.

"We need to start with national boxing competitions on a regular basis, for example, to establish Boxing Cup and gradually conduct international competitions.

"AIBA is your home in boxing.

"For our Association and for me personally, boxers and coaches are the most important people.

"Our sport exists because of you.

"We are carrying out a lot of reforms in AIBA, we focus on intensive support and cooperation with National Federations all around the globe.

"AIBA will ensure fair judging for every boxer, a comfortable environment and the confidence that their interests are the first priority."

Beg Sabur, President of the Boxing Federation of the Republic of Tajikistan, promised to make every effort to find new fighters.

"We will start searching for new talents in villages and small cities," he said.

"Our goal is to encourage more regions of the country to develop boxing."