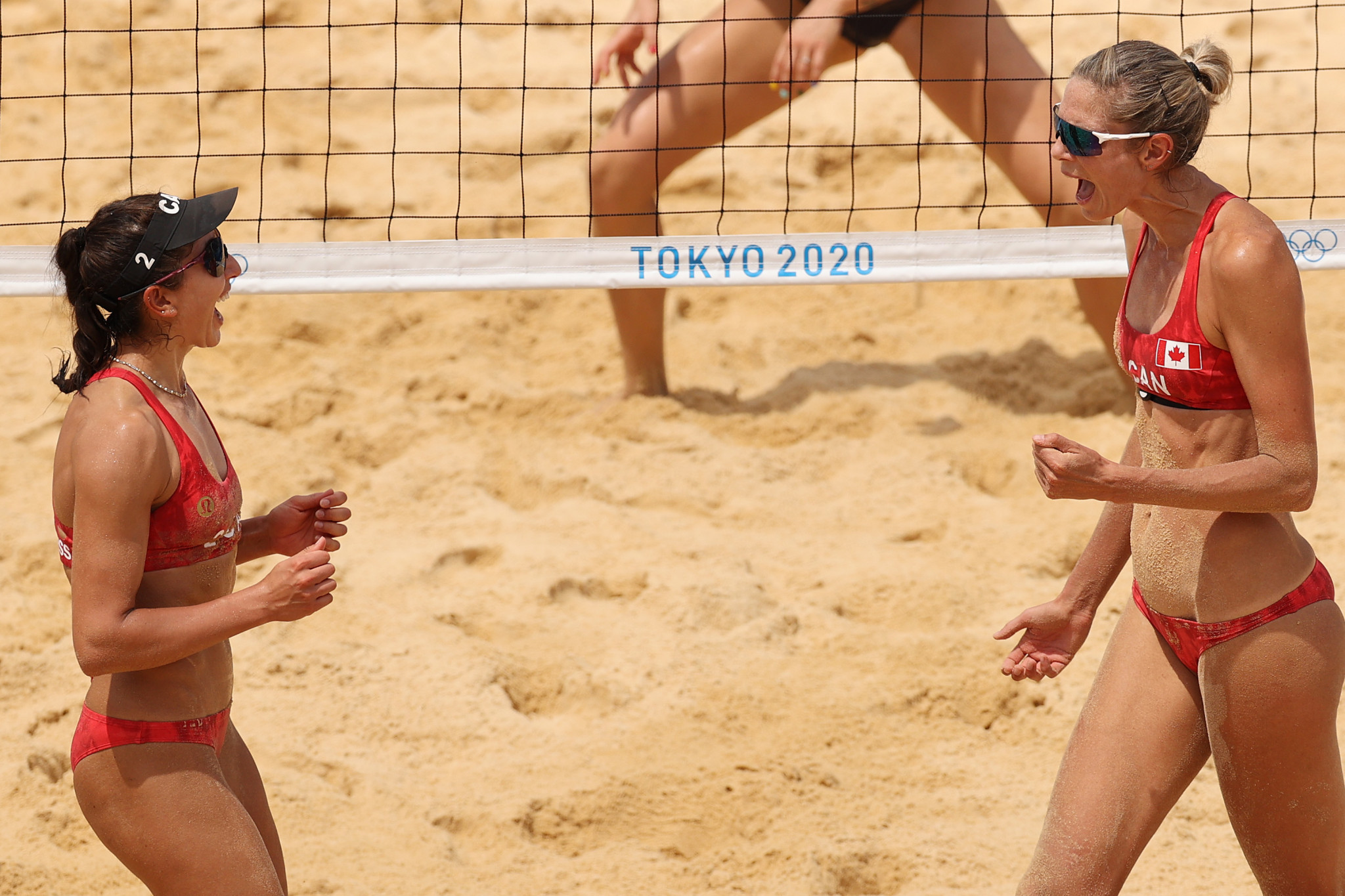 Earlier in the day, Ross and Klinemann bested compatriots Sarah Sponcil and Kelly Claes, who are ranked number two in the world, 18-21, 21-13, 15-8 to move into the semi-finals.

However, Pavan and Humana-Paredes continued their sensational form at the World Tour Finals, winning their fifth of five matches at the event, once again not dropping a set.

The Canadians won 21-15, 21-12 in a blowout, after which they expressed their glee at the chance to win gold.

"We wanted to end the season making a final.

"We have an opportunity to win a gold medal.

"Playing in this environment against the top teams in the world is so exciting and to be able to put that kind of performance on the court is excellent!"

In the final, the Canadian duo will face Germany’s Karla Borger and Julia Sude, who came through two brutal matches to claim a final spot.

In the quarter-finals, Borger and Sude defeated Brazil's Ágatha Bednarczuk and Eduarda Santos Lisboa 21-16, 24-26, 15-11, before handing Russian pair Nadezda Makroguzova and Svetlana Kholomina their first defeat of the tournament in the semi-finals.

"It’s really emotional for us to end the season with a final," said Sude.

"We had a pretty bad start, but this was a revenge for the pool match against Russia.

"They are big talents.

"So congrats to them as well!

"We were even surprised to qualify for this event, but tomorrow we are in the final!

"We are really happy!"

In the men's competition, Norway's Olympic champions Anders Mol and Christian Sørum produced a sensational comeback against The Netherlands' Christiaan Varenhorst and Steven van de Velde to move into the final.

They will face the Czech Republic's Ondřej Perušič and David Schweiner, who beat Italy's Paolo Nicolai and Daniele Lupo 17-21, 21-19, 15-11.