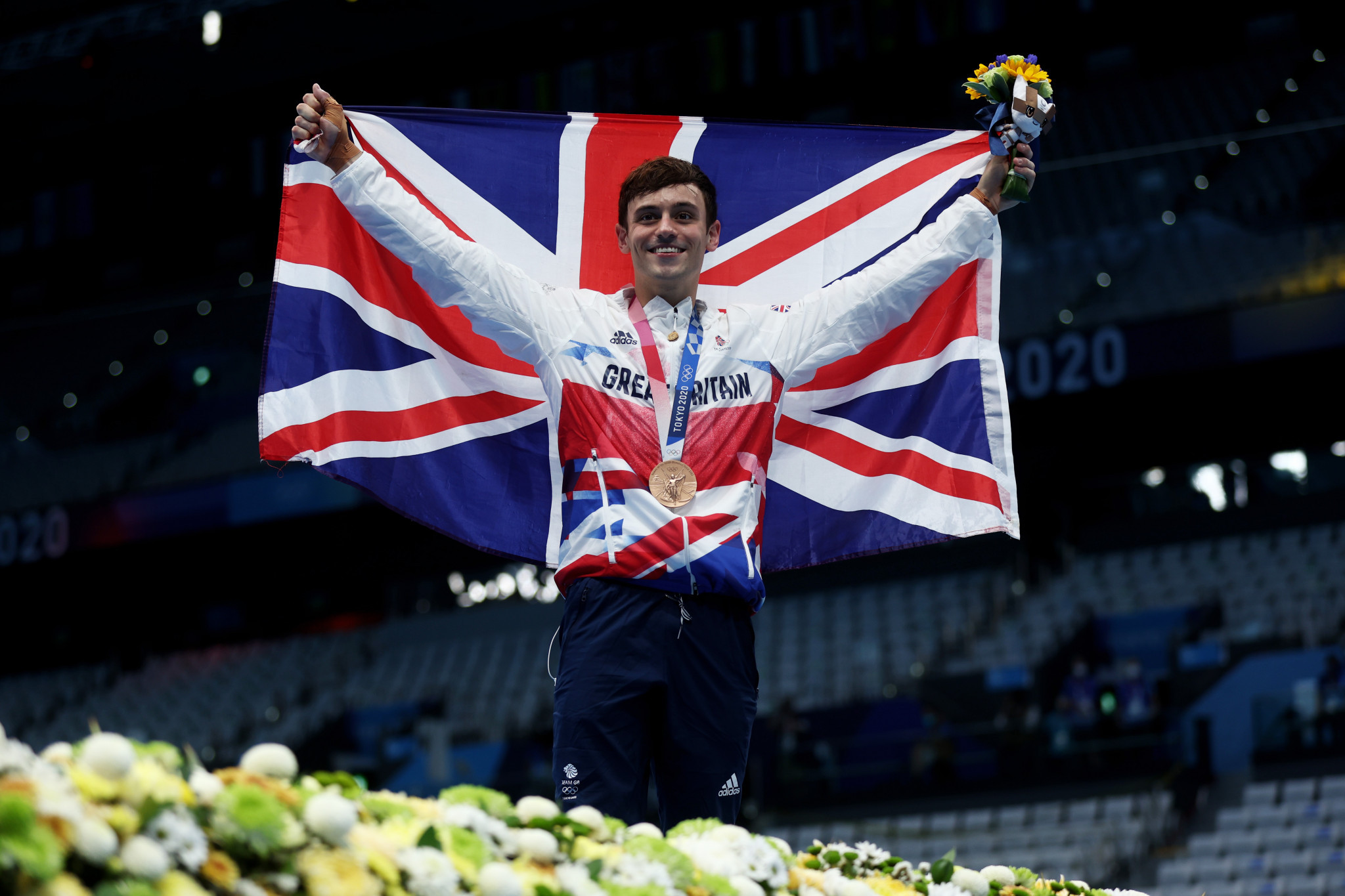 Tom Daley has called for an Olympic ban on all countries where being gay is punishable by death.

There are 11 such countries in the world, including Saudi Arabia, Afghanistan and Iran, as well as approximately 60 other nations where same-sex relations are a crime.

"I think it’s really important to try and create change, rather than just highlighting or shining a light on those things," said Daley, when accepting the Sport Award at the 2021 Attitude Awards.

"So I want to make it my mission over the next, well, hopefully before the Paris Olympics in 2024, to make it so that the countries [where it's] punishable by death for LGBT people are not allowed to compete at the Olympic Games."

The Tokyo 2020 Olympic gold medallist also criticised FIFA for hosting its 2022 World Cup in Qatar, where the death penalty for homosexuality is a legal possibility but has officially not happened.

"I think it should not be allowed for a sporting event to host in a country that criminalizes against basic human rights," Daley said.

"So, that is going to be my mission now to change that."

From 1964 to 1988, the International Olympic Committee (IOC) banned South Africa from competing at the Games because of apartheid, but it has generally resisted calls to ban nations for reasons of politics or human rights.

The IOC took measures to tackle anti-LGBT bias in 2014, following criticism of Russia's "gay propaganda law" coming into force shortly before the Winter Olympics in Sochi, and amended Fundamental Principle 6 of the Olympic Charter to include non-discrimination with regard to sexual orientation.

After winning 10 metres synchronised platform gold at Tokyo 2020, Daley dedicated his medal to the LGBT community.

"I hope that any young LGBT person out there can see that no matter how alone you feel right now, you are not alone," Daley said in Japan.

"That you can achieve anything and that there is a whole lot of your chosen family out here, ready to support you."

A proposed anti-discrimination bill on the basis of sexual orientation or gender identity failed to be passed before this year's rearranged Olympic and Paralympic Games in Japan.

The ruling Liberal Democratic Party had initially suggested it would pass legislation ahead of Tokyo 2020 as part of a pledge for a "diversity Olympics".

The 2022 Winter Olympic Games will be held in Chinese capital Beijing, where LGBT rights are also not protected by anti-discrimination laws.