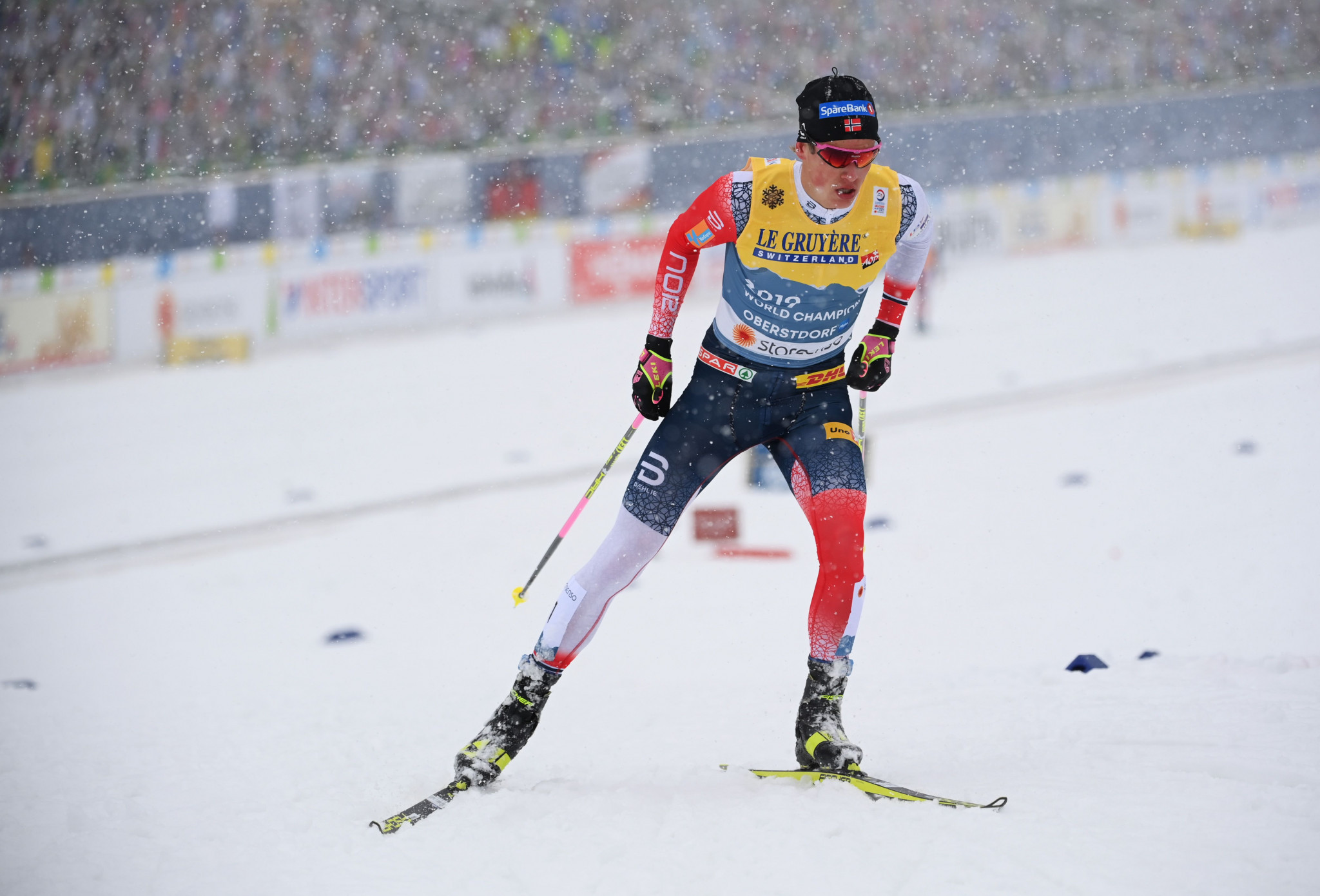 Norway's multiple Olympic cross-country skiing champion Johannes Høsflot Klæbo has welcomed the Norwegian Ski Federation's (NSF) expression of concern over China's human rights record in the build-up to the Beijing 2022 Winter Olympic Games, although he admitted he wished "they were faster."

Klæbo, who won golds in the men's cross-country individual sprint, team sprint and 4x10 kilometre relay at Pyeongchang 2018, had previously criticised the NSF and Norwegian Olympic and Paralympic Committee and Confederation of Sports (NIF) for failing to speak out against alleged human rights violations in China.

He contrasted their stance with the Norwegian Football Federation (NFF), with its players wearing t-shirts that said "Human rights on and off the pitch" during a FIFA World Cup 2022 qualifier against Gibraltar in March, targeted against the finals' host Qatar's record on migrant workers.

The NFF voted against a boycott of the World Cup back in June.

Klæbo has said "it is completely unacceptable what is happening in China."

A United States State Department report published in January said this amounted to genocide, and a diplomatic boycott is expected from American politicians.

China's record on human rights in Tibet and Hong Kong has also come under scrutiny.

After Klæbo's comments, the NIF President Berit Kjøll admitted last month "it is demanding and challenging that countries that systematically violate basic human rights are allowed to host major international sports championships and bask in the glory of great sporting achievements, which is so-called sportswashing," but said she believes a boycott is not the correct course of action.

As per Norwegian broadcaster NRK, the NSF discussed its stance on Beijing 2022 at a Board meeting on September 23, and issued a statement on September 30 which read: "The ski board looks forward to a well-conducted event, with many good performances and good Norwegian results.

"The ski board will nevertheless express concern about the human rights violations in China that have appeared in the media."

Klæbo, who also claimed gold medals in the individual sprint, team sprint and 4x10km relay at the two most recent editions of the International Ski Federation (FIS) Nordic World Ski Championships in 2019 and 2021, said he was pleased with the NSF stance, even though he felt it was overdue.

"I think it is very good that the ski Board has chosen to come up with their attitudes and opinions about violations of human rights and the Olympics in Beijing," Klæbo said.

"At the same time, I must say that this does not come a second too soon.

"Had this statement come earlier, it would have made it much easier for us practitioners."

He believes the NSF will push for greater scrutiny in the host selection process for future major sporting events.

"I think that the note from the ski Board shows that they take the matter seriously - and that they will work to ensure that championships are not awarded to countries where human rights are not violated," Klæbo added.

"It is an important part of the scheme that I support 100 per cent.

"But I wish they were faster out of the starting block.

"This is not so difficult to decide on."

"It is very good that the NSF is so clear that human rights should play an important role when awarding an international sports event," Egenæs said.

"The IOC still lacks a workable strategy for how human rights should be safest when awarding the Olympics, and we need Norwegian sports to work to ensure that this is in place."

Norway has dominated cross-country skiing events at recent Winter Olympics, winning the most gold medals at Vancouver 2010, Sochi 2014 and Pyeongchang 2018.

Beijing is set to become the first city to host the Summer and Winter editions of the Olympics and Paralympics.

The Winter Olympics in the Chinese capital is due to be held from February 4 to 20 2022, and the Paralympics from March 4 to 13.

Cross-country skiing events are to be staged at the Zhangjiakou cluster in the Hebei province.