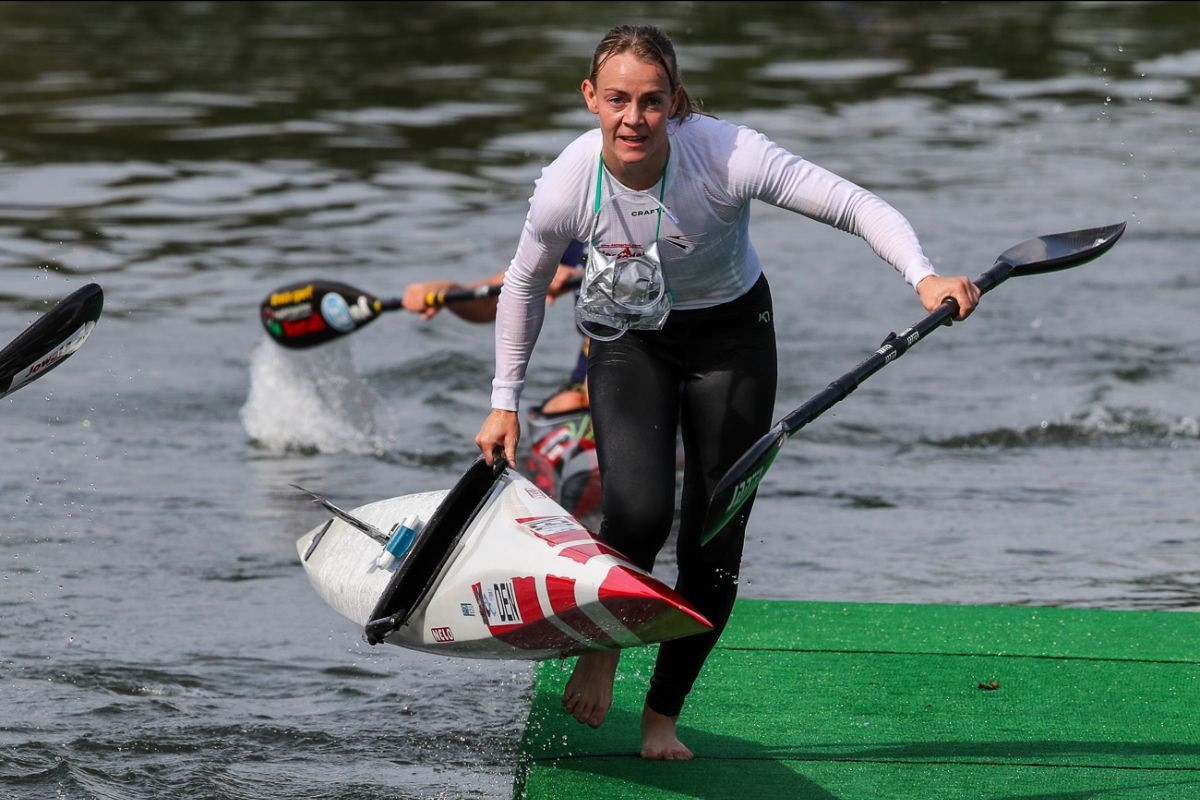 Five years ago, the Danish paddler was told she would never be able to compete in canoe marathon again after severely injuring her arms in a junior K2 race at the Junior World Championships in 2015.

But Rask refused to give up and her perseverance paid off as she topped the podium today after crossing the line in 1hr 47min 37.17sec.

"I haven’t paddled since I was under 18 so it was a really nice comeback," Rask said.

"I have had an operation, but sometimes I still feel a little pain, but I try to do my best.

"They actually told me I could never paddle marathon again, so it’s really nice to be back because this is what I want, this is the most fun."

Rask had hoped to see her younger brother Thorbjorn make it a family double by winning the men’s U23 K1 title.

But when he was penalised 30 seconds for blocking another athlete it opened the door for Danish teammate Nikolai Thomsen.

Hungary’s Daniel Laczo won his first individual gold medal after leading for almost the entire 22.6 kilometres of the men’s under-23 C1 race to claim victory in 1:47:40.08.

Spain’s Jaime Duro fought hard to keep in touch before fading on the final lap as he came second in 1:48:10.78.

There was further success for Hungary in the women’s junior K2 class as 16-year-olds Sara Fojt and Laura Ujfalvi triumphed in 1:27:31.08.

They defeated compatriots Evelin Csengeri and Maja Horvath, who clocked 1:27:36.65, while Denmark’s Sophie Hansen and Karoline Nielsen took the bronze in 1:28:52.58.

Romanian brothers Adrian and Victor Stepan gave the home crowd plenty to cheer when they won the men’s C2 juniors crown in 1:28:53.35.

The pair outlasted Hungary’s Laszlo Papp and Mark Csanki who crossed in 1:29:16.21, while Spain’s Daniel Grijalba and Juan Gomez earned bronze in 1:29:20.26.