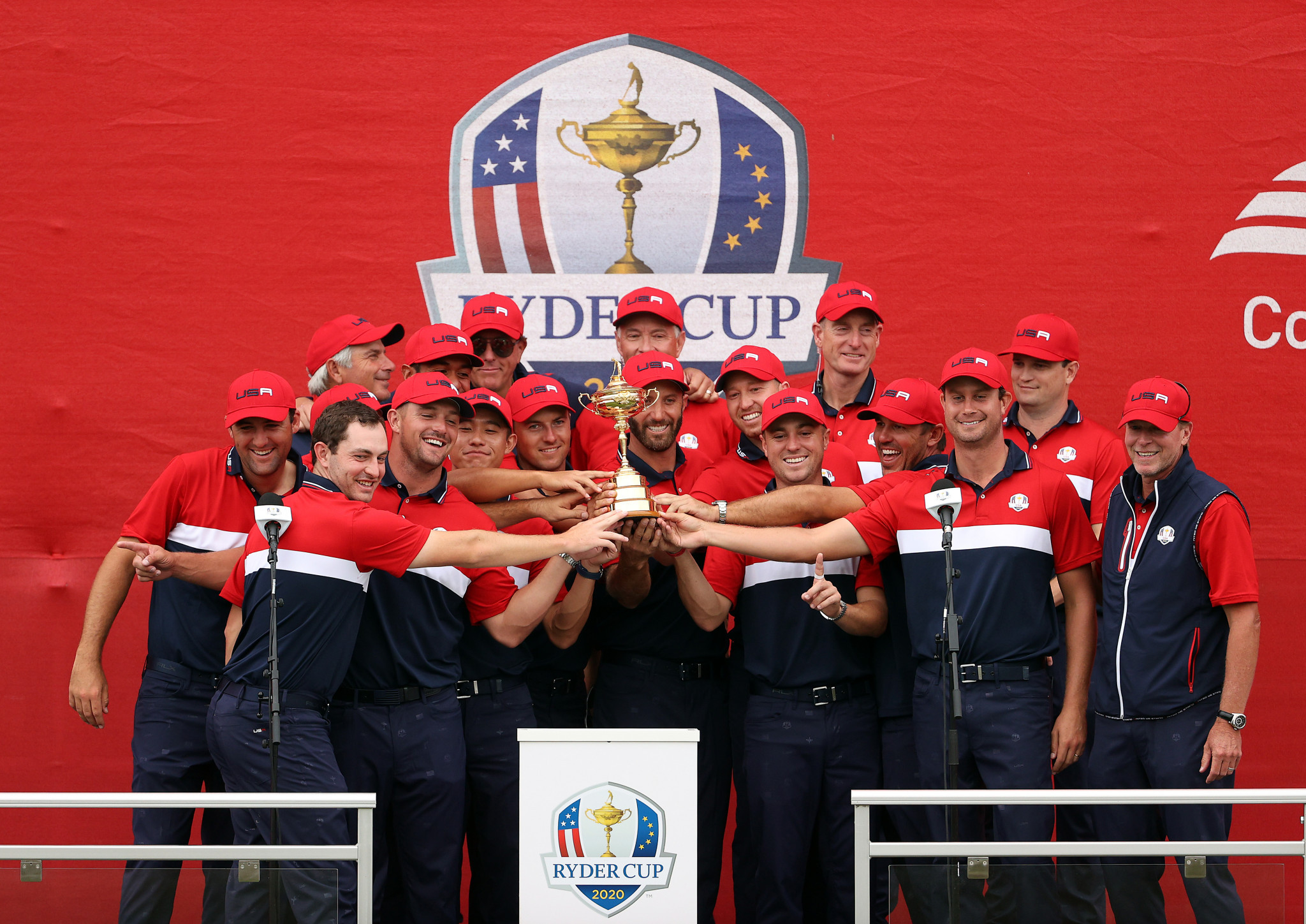 The United States regained the Ryder Cup with an emphatic triumph on home soil - winning the event by the biggest margin since Europe started providing the opposition as a continental team in 1979.

The hosts won seven of the 12 final day singles matches at Whistling Straits in Wisconsin to claim the title by a scoreline of 19-9.

Open champion Collin Morikawa, who was unbeaten throughout his four matches at the event, confirmed the trophy’s return to American soil when he halved his match with Norway’s Viktor Hovland.

Starting the day with an 11-5 lead, the US won three of the first four matches on the course to ensure there was no chance of an inspired European comeback, as happened at Medinah in Illinois in 2012, when Europe overturned a four-point deficit at the start of the final day to win 14.5 points to 13.5.

A rare bright moment for Europe came in the first match of the day when an emotional Rory McIlroy of Northern Ireland earned his first point of this year’s event by overcoming Xander Schauffele 3&2.

Morikawa secured the crucial half point in one of two matches to finish all square, with the other coming between England’s Tommy Fleetwood and Jordan Spieth.

Europe claimed three match wins on the day, with the other victories going to England’s Ian Poulter 3&2 against Tony Finau and fellow Englishman Lee Westwood beating Harris English one up.

Other American winners on the final day included Dustin Johnson, who beat England’s Paul Casey one up to win all five matches he has played in this week, and Brooks Koepka who defeated Austria’s Bernd Wiesberger 2&1.

The remaining home wins went to Justin Thomas 4&3 against Tyrrell Hatton of England and Daniel Berger, who defeated Matt Fitzpatrick of England one up in the final match of the day.