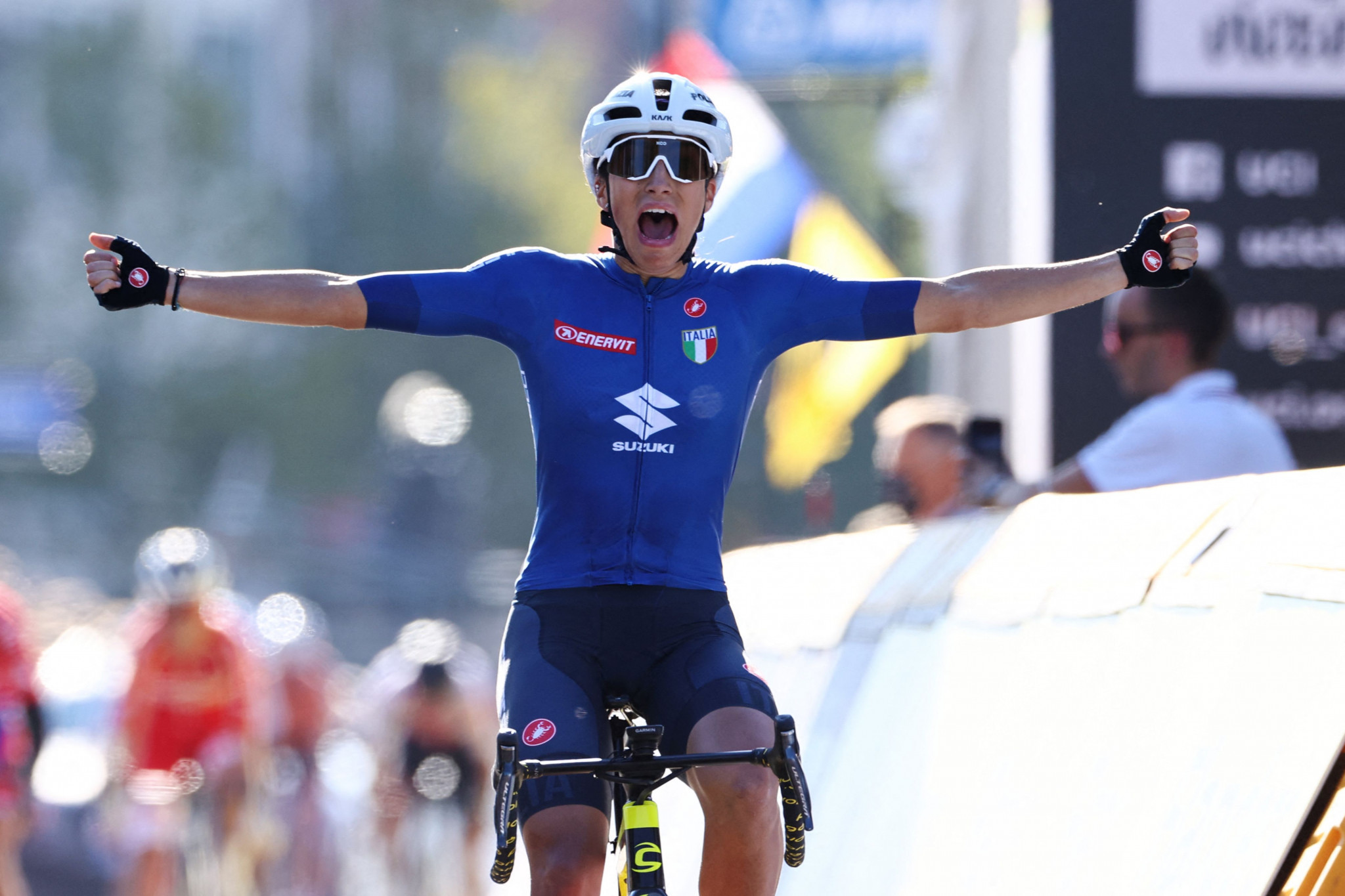 Elisa Balsamo has won the elite women's road race after a dramatic sprint finish at the International Cycling Union (UCI) Road World Championships in the Flanders region of Belgium.

The Italian won the junior world title at this event in 2016, and held off her rivals during a close finale to the 157.7-kilometre race from Antwerp to Leuven.

Balsamo clocked 3hrs 52min 27sec to earn the rainbow jersey, staving off The Netherlands' Marianne Vos, who made a late charge for victory but ultimately took silver.

"It was a dream for me after this long season," Balsamo said afterwards.

"My team was so good, without them, this jersey wasn't possible.

"Sorry I have no words!"

In the day's earlier race at the championships, Britain's Zoe Bäckstedt triumphed in the junior women's event in Leuven to earn her country's first success at the competition.

Bäckstedt and American rider Kaia Schmid broke clear to set up another dramatic finish in Leuven, and it was ultimately the Briton who prevailed.

"I was just trying to keep us moving, keep us away from the group behind," Bäckstedt said.

"I knew I had teammates in the group behind who'd be able to help try and get the gap out a little bit more.

"Once it was above 30 seconds I knew that I could hold it with the American, so we kept communicating, saying 'keep pushing, let's get ourselves to the line and just sprint it out and see what happens in the last lap'.

"We did that and it came down to a sprint, and I just had it."

Linda Riedmann of Germany took the final podium position 57 seconds behind the front two as she came out on top in a group of eight cyclists.

The UCI Road World Championships draws to a close tomorrow with the 268.3km men's elite road race from Antwerp to Leuven.