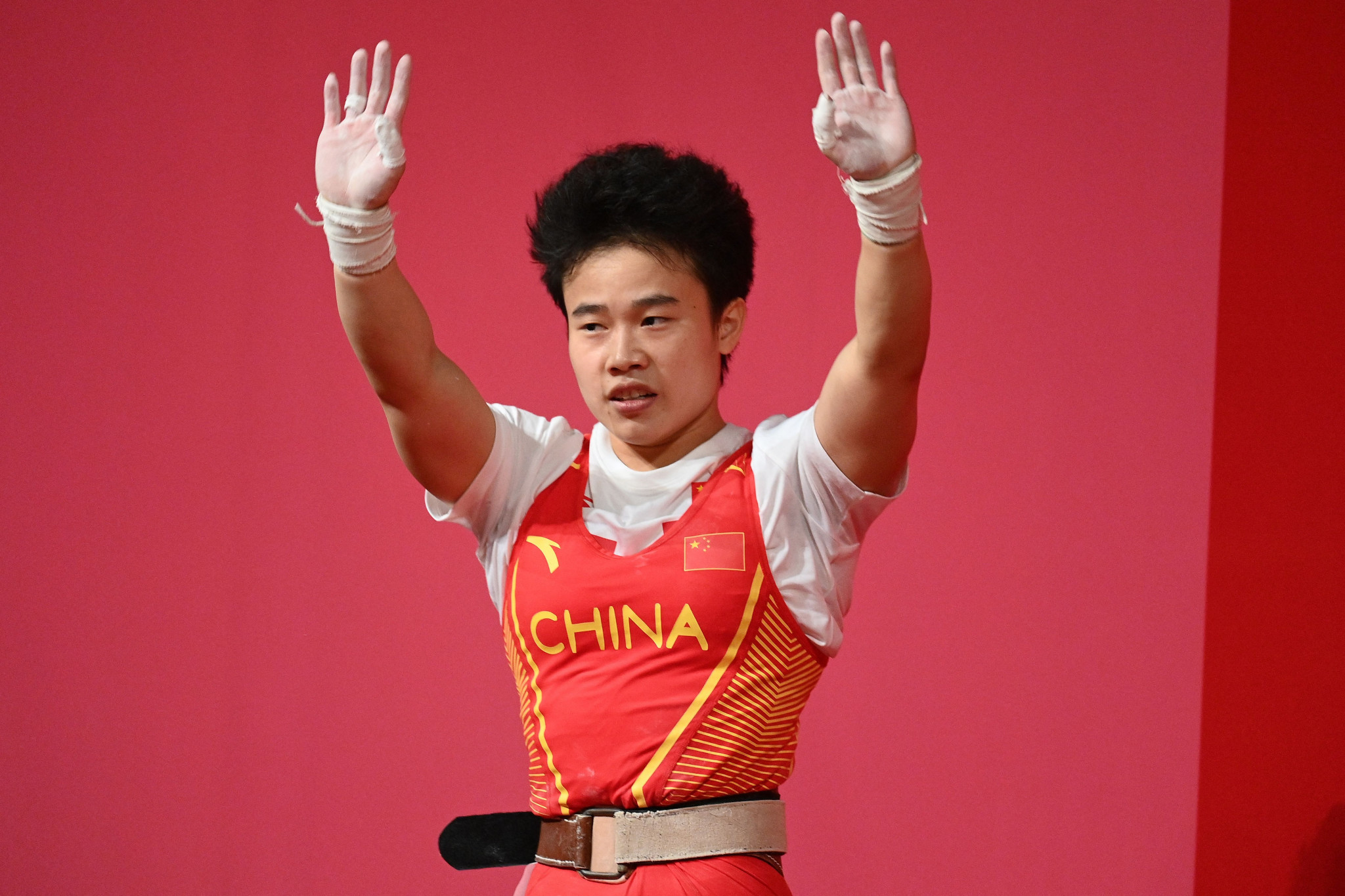 Two of China’s seven gold medallists from the Tokyo 2020 Olympic Games bettered their own world records at the National Games of China, which end tomorrow.

The efforts of Hou Zhihui and Shi Zhiyong will not go into the record books as the National Games are not an international competition - but the level of performance, especially in the women’s events, was exceptional.

More than 200 lifters took part, and every women’s winner except Li Wenwen in the super-heavyweights made a better total than the gold medallist in Tokyo.

The best performance in the men’s contests came from Shi Zhiyong, whose 170-195-365 was one kilograms better than his own world records in both the snatch and total.

The National Games, which were opened by China’s President Xi Jinping in Xi’an City, Shaanxi Province, featured 12,000 athletes across all sports.

This is the first time they have been held in the same year as the Olympic Games, a consequence of the coronavirus pandemic that led to Tokyo 2020 being delayed by a year.

Another consequence of having the Olympic Games and the "Chinese Olympics" in the same year is that China will not send a full-strength team to the International Weightlifting Federation (IWF) World Championships in Tashkent, Uzbekistan in December, although it will compete.

A total of 10 Olympic weightlifting champions from Tokyo 2020 and Rio 2016 entered the National Games, at which only the Olympic weight categories featured, seven each for men and women.

In the women’s 49kg Hou made 96-118-214 and the totals made by the silver and bronze medallists in Tokyo would not have put them on the podium in Xi’an City.

There was a surprise in the women’s 55kg when Su Tingting won with 225kg – 1kg more than the winning total by Hidilyn Diaz of the Philippines in Tokyo.

Liao Qiuyun, the silver medallist in Tokyo, finished only ninth, 11kg behind Su, while Yu Linglong, an 18-year-old, was second with 223, equal to Liao’s total in Tokyo.

Deng Wei, the 64kg multiple world record-holder who was not selected for the Olympic team after suffering an injury, built a clear lead with a snatch of 115kg but she failed with all her clean and jerks at 138kg and did not register a total.

Lu Xiaojun, who became the oldest Olympic weightlifting champion ever when he won the 81kg in Tokyo at 37, entered the National Games but withdrew a day before his competition.