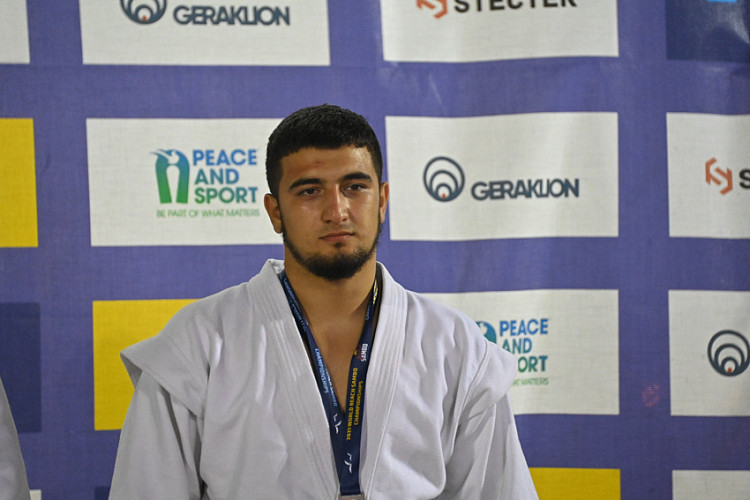 Tymur Samedov, Ukraine's bronze medallist in the men's over-88-kilogram division, has praised organisers of the World Beach Sambo Championships in Larnaca for running the event "at the highest level."

The inaugural edition of the competition was held in Cyprus on August 28 and 29, and Samedov was impressed with the level of preparations for the event.

"Perhaps the heat has interfered a little," Samedov admitted.

"But from the side of the Cyprus Sambo Federation everything was at the highest level, the organisation of the championship was very good."

Ukraine won two medals at the World Beach Sambo Championships, which Samedov said was "good, although not enough."

Samedov felt his weight and relative lack of experience prevented him from placing even better in his category.

"I think one of the main factors that personally prevented me from climbing to a higher step on the podium was my weight - 95kg," he said.

"I fought with opponents who were much larger than me.

"At my 18 years old, I probably lacked a little experience, including performing on the sand."

Samedov added that the competition was held in good spirit, with a strong sense of camaraderie between participants.

"We have very warm relations with sambists from other countries," he said.

"There are only friends within the sambo community."

The World Beach Sambo Championships were dominated by the Russian Sambo Federation, which claimed six individual gold medals and the team title.

The World Sambo Championships are set to take place from November 12 to 14 this year in Tashkent, the capital of Uzbekistan.