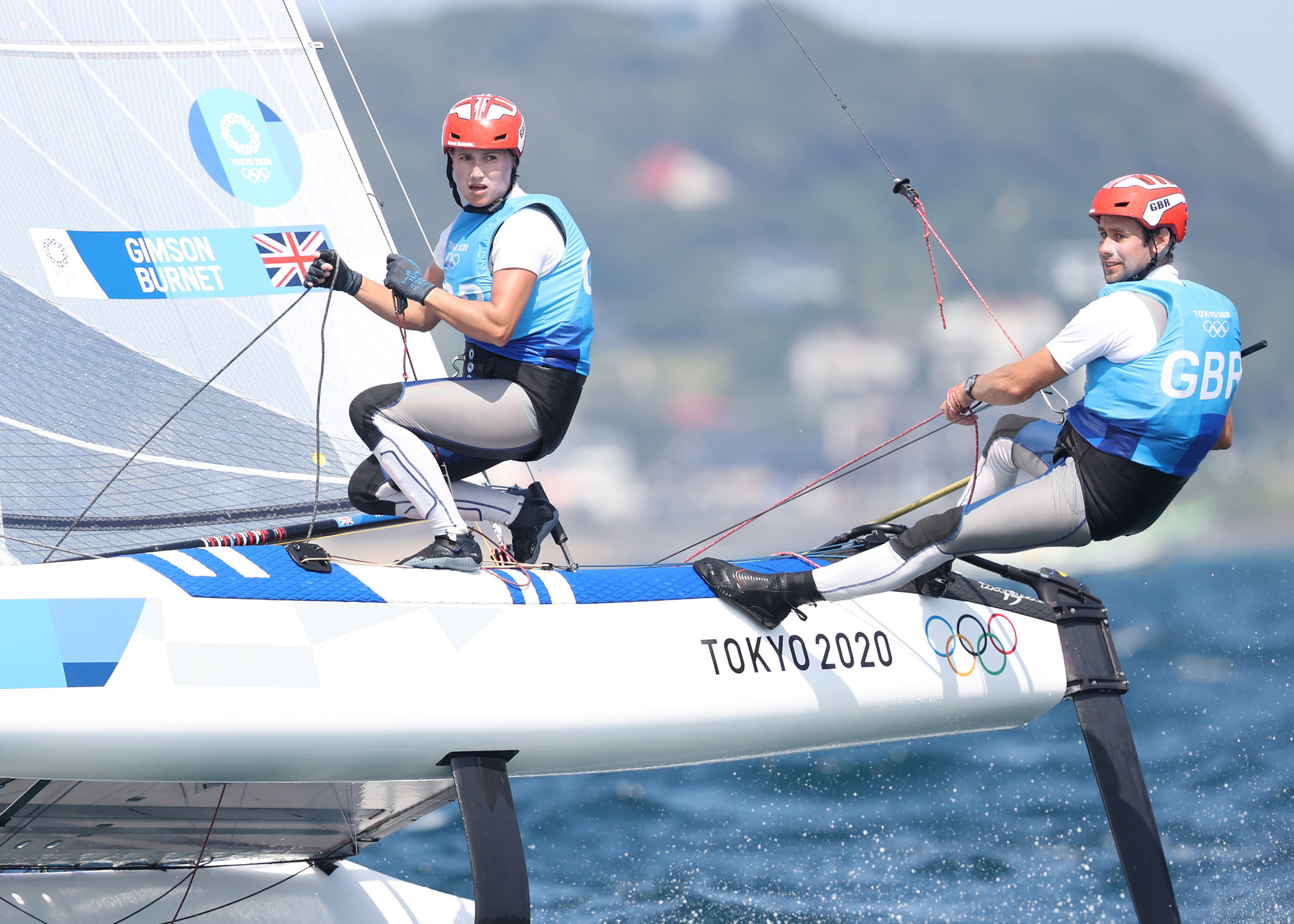 Britain's John Gimson and Anna Burnet are still top of the Nacra 17 standings with a day to go at the European Championships in Thessaloniki in Greece, despite their lead being shortened.

The pair finished fifth and 10th in their first two races, discarding their second race of the day, and now sit on a net total of 32.

Gianluigi Ugolini and Alice Cialfi of Italy are second on 58 following eighth and sixth-place finishes.

Britain has two teams on the podium, with Rupert White and Kirstie Urwin, who finished seventh and second, moving onto 69 points for third.

Germany's Tim Fischer and Fabian Graf are one point ahead of Poland's Mikołaj Staniul and Kuba Sztorch in the 49er class.

Today they won race 12 and, despite a 25th place finish that was discarded, they stayed top with a net total of 54 points.

In race 11, Staniul and Sztorch finished first and followed it up with fifth in race 13.

Łukasz Przybytek and Paweł Kołodzinski, also of Poland, did not finish in the top 10 once today and fell into third on 64 points.

The Netherlands' Odile van Aanholt and Elise de Ruyter have extended their lead in the 49erFX class, having won the 14th race after finishing sixth in the race before.

Johanne and Andrea Schmidt of Denmark won that race and moved into third after a successful penultimate day.

Despite a second-place finish, sisters Antonia and Victoria Schultheis of Malta fell further down the standings to fifth after finishing 23rd in their opening race of the day.