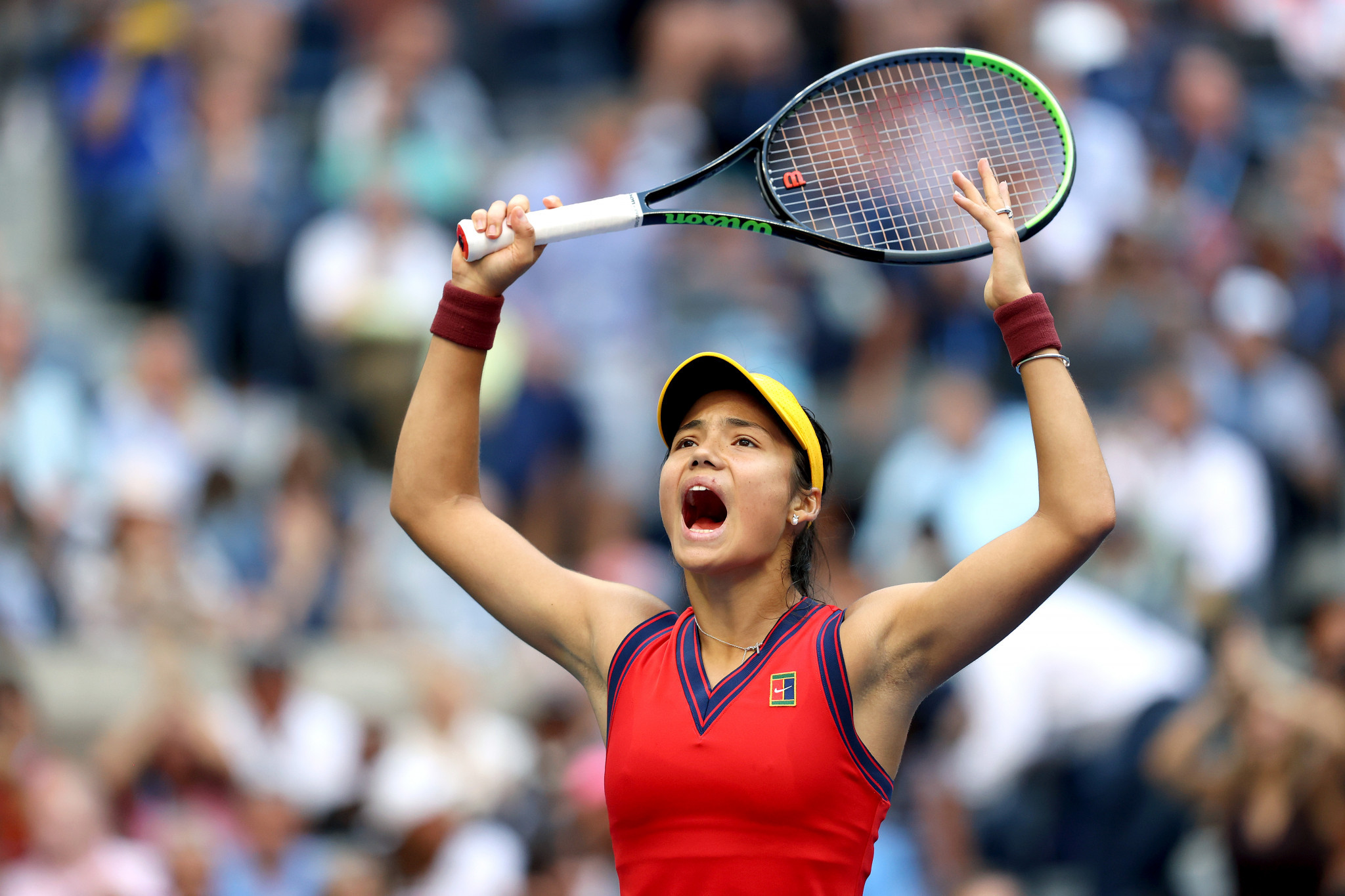 Emma Raducanu beat Leylah Fernandez in straight sets to become the first-ever qualifier to win a tennis Grand Slam and write a fairytale ending to her debut US Open campaign.

The Briton won an all-teenage final 6-4, 6-3 on the Arthur Ashe Stadium court in New York City - meaning she did not drop a set all tournament.

Raducanu started the better of the two players, breaking Fernadez at the first opportunity but only after the game went to deuce five times.

Canada's Fernandez broke back straight away.

The Raducanu serve was tangibly the stronger of the two in the opening set though, and that came to pass in the 10th game when she broke Fernandez for the second time, converting her fourth set point with a forehand winner.

Fernandez's last four victories to get to the final - including wins over three of the five top seeds - each came in three sets, and when she broke Raducanu in the second to take a 2-1 lead, it looked as though another three-setter could be on the cards.

Raducanu demonstrated admirable character to overcome the disappointment of squandering game points in two of those three games, and immediately reeled off four straight games punctuated by glittering rallies to leave Fernandez serving to stay in the match.

Stay in the match she did, staving off two championship points, and Fernandez then forced a break point on the Raducanu serve - only for the Briton to cut her leg in the process of that rally, leading to a medical timeout being called.

Following a delay which clearly irritated Fernandez, she lost the next point with an unforced error.

Fernandez was able to set up another break point but again could not convert, and once Raducanu earned a third championship point she this time made no mistake - winning the US Open women's singles title with an ace.

Tennis and women's sport icon Billie Jean King presented the winner with the trophy at the Billie Jean King National Tennis Center, and Virginia Wade - the last British woman to win a Grand Slam, in 1977 - was among the spectators.

The final - the youngest at the US Open since 1999 - was so youthful that both players were born after the terror attacks of September 11, which took place exactly 20 years ago and were commemorated before the match.

That "shows that the future of women's tennis - and just the depth of the game right now - is so great," Raducanu said.

"I think every single player in the women's draw definitely has a shot of winning any tournament."

Raducanu added that the presence of Wade in stands, as well as fellow Briton and six-time Grand Slam semi-finalist Tim Henman courtside, "gave me the belief that I could actually do it".

She will jump from 150th to 23rd in the latest Women's Tennis Association rankings, and is he youngest Grand Slam winner since Maria Sharpova - the Russian who was later banned for doping - was victorious at Wimbledon in 2004 aged 17.