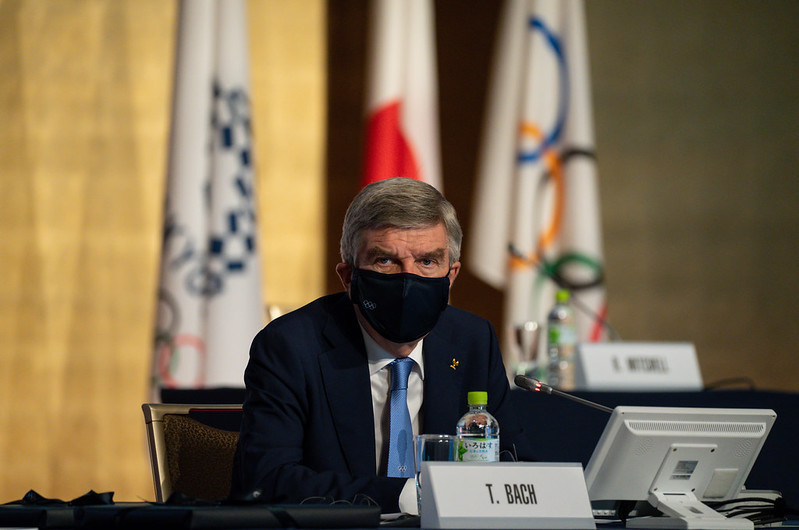 A review of the Tokyo 2020 Olympic Games and a report on the upcoming Winter Olympics in Beijing are top of the agenda for the latest remote meeting of the International Olympic Committee (IOC) Executive Board tomorrow.

The meeting will be the ruling body's first since the Olympics, which went ahead despite concerns over the COVID-19 pandemic, closed in the Japanese capital on August 8.

The IOC faced constant criticism in the build-up to the Games in the Japanese capital over the organisation pressing forward with staging the event during the pandemic.

COVID-19 cases in Tokyo increased considerably around the time of the event but organisers and the IOC insisted it was not linked to the Games.

There will have been relief among International Federations (IFs) that the Olympics went ahead, and they will be hoping for some word on the vital question of the sums to be redistributed by the IOC around constituent parts of the Olympic Movement.

A high majority of IFs in the Movement rely heavily on the share of the Olympic broadcasting rights they receive from the IOC.

Following the conclusion of Tokyo 2020, attention now turns to Beijing 2022, the build-up to which has been dominated by human rights concerns.

There have also been suggestions China will impose a strict quarantine on participants at the Games, due to open on February 4 and end on February 22.

The Executive Board is due to hear reports from the Beijing 2022 Organising Committee and its own Coordination Commission overseeing preparations for the event, led by former vice-president Juan Antonio Samaranch.

The IOC Executive Board, which met in-person at Tokyo 2020, is also expected to discuss the situation in Afghanistan.

The Taliban swept back to power last month, having been removed in 2001, following the withdrawal of troops from the United States.

The Taliban believes in Sharia law and vigorously restricts the freedoms of women.

It views women’s sport as un-Islamic, and despite the Taliban’s claims that it will respect’s women’s rights "within the framework of Islam", doubts remain internationally.

Sportsmen and women in the country are among those who have been unable to leave the nation since it fell back under Taliban rule.

Samira Asghari, the IOC's member in Afghanistan, last month called for help to evacuate the country's female athletes before later deleting the post from Twitter.

The IOC's long-running issues with the IWF and AIBA are also likely to be raised tomorrow.

The IWF has been repeatedly warned that its place on the Paris 2024 programme is under threat because of its governance problems, although the troubled Federation last month adopted reforms which it hopes will preserve its Olympic future.

AIBA, which has been suspended as the Olympic governing body for the boxing since June 2019, is also confident its status will be restored in time for Paris 2024.

But the IOC, which organised the boxing tournament at Tokyo 2020 in the absence of AIBA, has not signalled this will be the case.