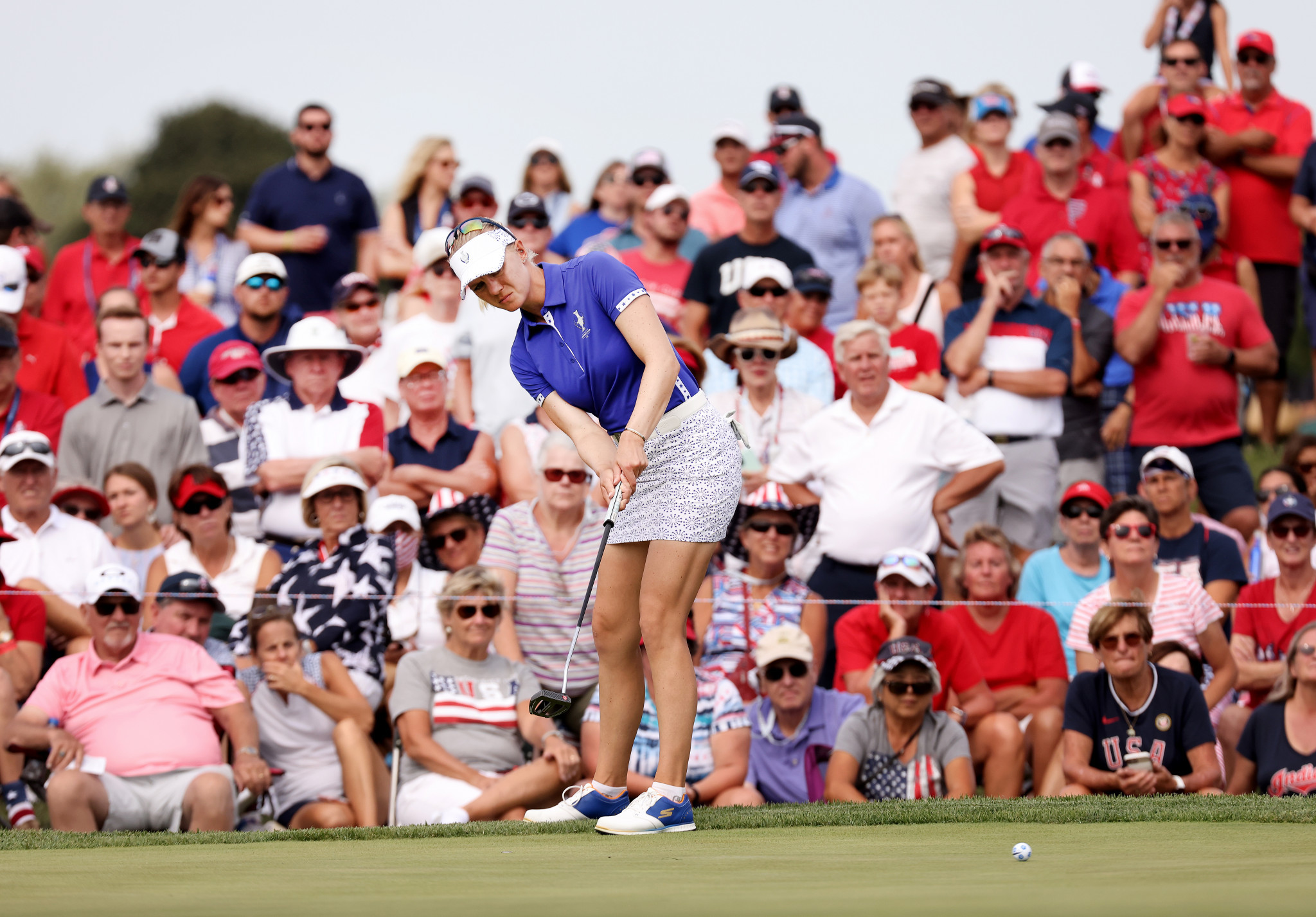 Europe lead the United States by three points after making a strong start to their defence of golf’s Solheim Cup, at Inverness Golf Club in Ohio.

Europe produced a dominant display in the opening foursomes matches, which uses the alternate shots format, to lead by 3.5 points to half a point.

The fourballs were then shared two apiece, to give Europe the lead by 5.5 points to 2.5 points overnight.

All three of Europe’s wins in the foursomes came by a scoreline of one up, with the first point coming from Anna Nordqvist of Sweden and Matilda Castren, at the expense of Danielle Kang and Austin Ernst.

Mel Reid of England and Leona Maguire of Ireland won the third match against sisters Nelly and Jessica Korda, before the final match went to Charley Hull of England and Emily Kristine Pedersen of Denmark, who defeated Lexi Thompson and Brittany Altomare.

Match two of the foursomes was halved with Ally Ewing and Megan Khang getting the US’ first point on the board by finishing level with France’s Céline Boutier and England’s Georgia Hall.

The action then moved on to the foursomes format, with the biggest talking point of the day coming in the top match between Nelly Korda and Ewing, and Madelene Sagström of Sweden and Nanna Koerstz Madsen of Denmark.

On the 13th hole, Sagström picked up a putt by Korda that was overhanging the hole before the end of the ten second waiting time.

The tournament referees judged that Sagström had picked up the ball three seconds too early and controversially awarded the hole to the US.

It went on to pave the way for the US to win the top match as they halved the remaining five holes to clinch a one up victory.

Match two in foursomes went to the United States with Jennifer Kupcho and Lizette Salas also winning one up against Spain’s Carlota Ciganda and Germany’s Sophia Popov.

Europe recorded a convincing victory in match three, with Nordqvist and Castren winning 4&3 against Thompson and Mina Harigae.

The final match of the day went to the 18th hole, with Hall and Maguire winning one up against Yealimi Noh and Altomare, ensuring Europe maintained the three point advantage they had earned earlier in the day.

Day two sees four more foursomes and four more fourballs matches scheduled, before the singles is due to conclude proceedings on Monday (September 7).