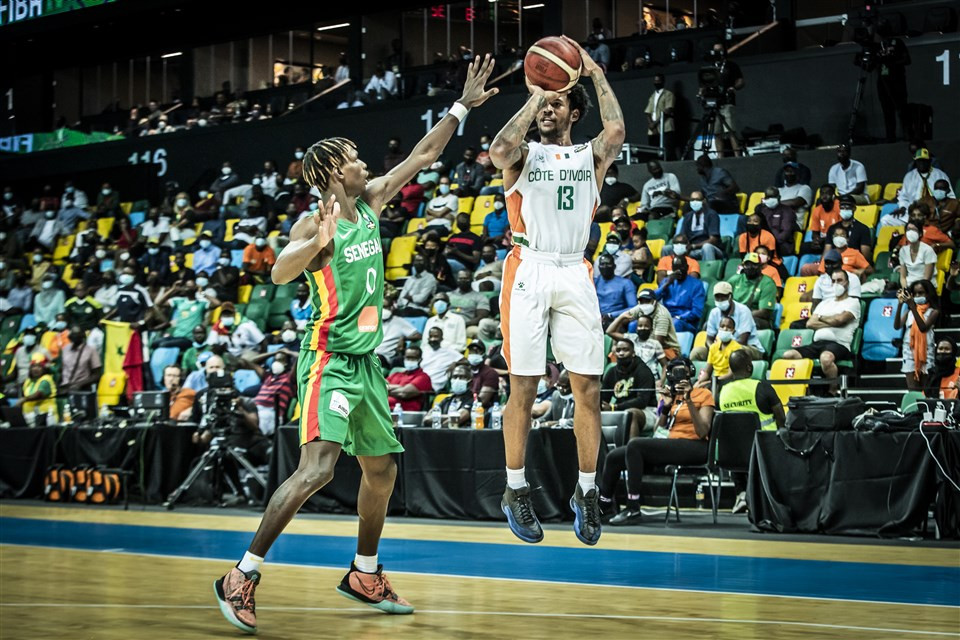 Defending champions Tunisia and Ivory Coast reached the final of AfroBasket are both winning their semi-finals by an identical scoreline.

Both nations triumphed 75-65 against their opponents at the Kigali Arena in Rwanda, with Tunisia overcoming Cape Verde and Ivory Coast defeating Senegal.

Cape Verde started strongly and opened up a 12-2 lead in the opening quarter, but Tunisia ended it in the lead by two points.

Tunisia then stamped their authority on the game in the second quarter and took a ten point lead at the break 39-29.

The holders won the third quarter by five points to extend their advantage to fifteen with one quarter remaining, leaving Cape Verde with too big a mountain to climb.

Tunisian captain Makram Ben Romdhane led from the front for his country finishing with 16 points and 10 rebounds.

The Carthage Eagles are in the #Finals!
The defending champion will defend their title tomorrow!
🎉Congrats to Team #TUN 🎉@FTBB_TN #AfroBasket #Celebrate60 pic.twitter.com/WYOrMYpzOb

Meanwhile, Ivory Coast opened up a seven point advantage at the break 36-29 against a Senegal side, who were unable to come back and break their run of losing in their previous three AfroBasket semi-finals.

The Lions did win the third quarter 19-17 to reduce the deficit to five but Ivory Coast then won the final quarter by five points to secure a place in their first AfroBasket final since 2009.

Senegal are set to face Cape Verde in the third place match tomorrow, before Tunisia aim to become the first team since Angola in 2009 to defend the AfroBasket title, when they take on Ivory Coast in the final.