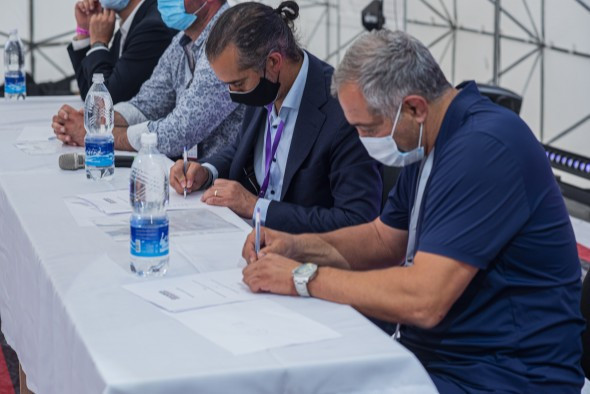 They will now instead take place in Tbilisi in Georgia on October 5 to 9, the same dates as originally scheduled.

The fires broke out earlier this month and have continued to rage across the country.

At one point, the national highway between the Greek capital Athens and Lamia, where the Championships were due to be held, was closed.

A lengthy heatwave has scorched parts of Southern Europe this summer, with temperatures remaining at around 46 Celsius in parts of Greece, which has been branded a "tinderbox".

The situation has eased recently but the Championships have been moved by GAMMA to avoid putting any extra pressure on local authorities.

GAMMA signed an agreement with the Georgian organisers at the Asian MMA Championships, which concluded in Cholpon-Ata in Kyrgyzstan last Saturday (August 28).

"The signing with Georgia reflects the excellent progress being made by GAMMA to solidify amateur MMA’s stature globally while guaranteeing a prosperous future for the sport," said GAMMA President Alex Engelhardt.

"We are excited to be headed to Georgia, which has long had a great passion for mixed martial arts.

"I want to thank our friends in Greece for their understanding and all their hard work to this point.

"We are disappointed the Championships could not take place there this year, but we are confident we will be back as soon as the circumstances allow it.

"We send them all our best during this challenging time."