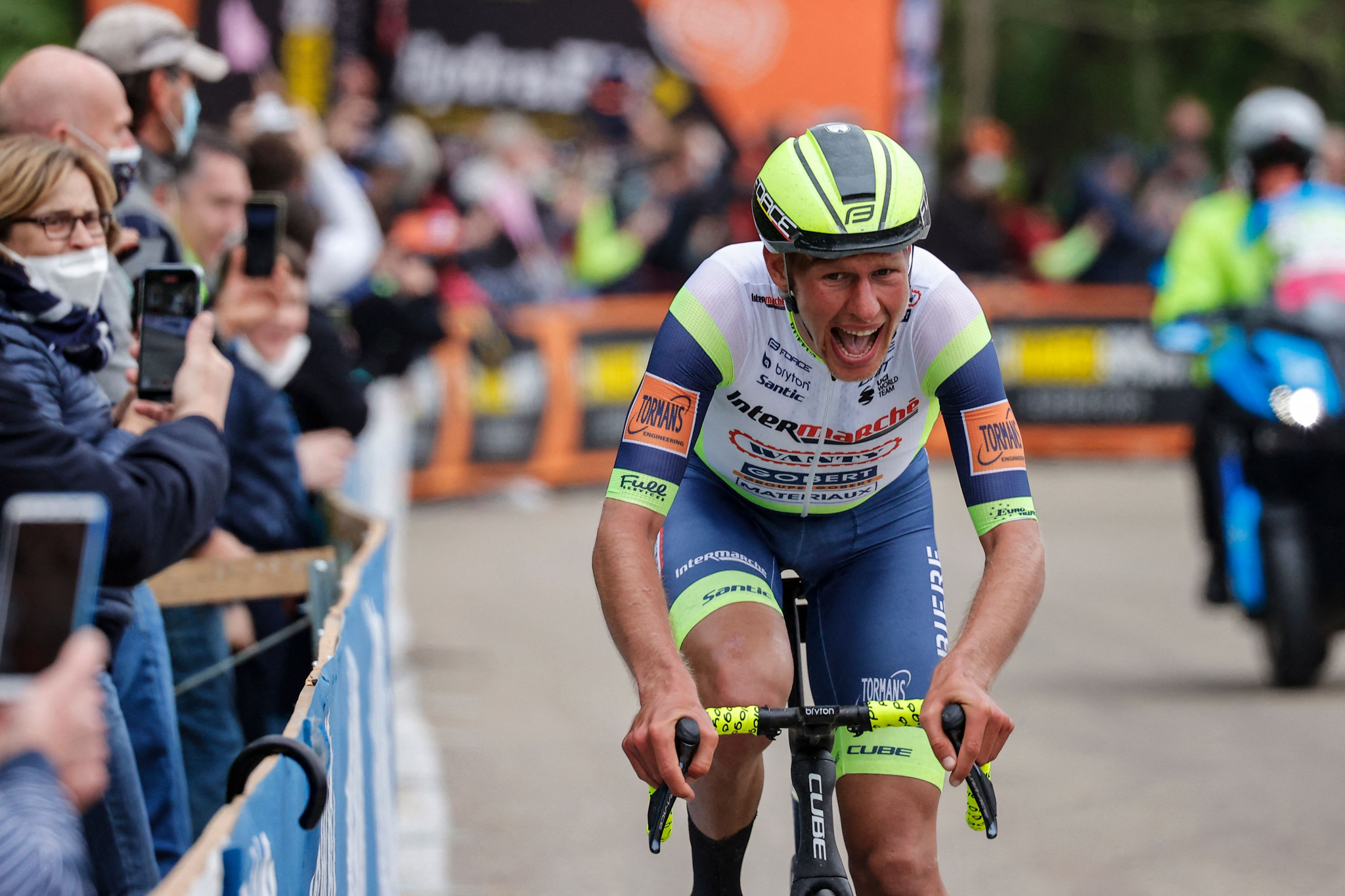 Taco van der Hoorn took a surprising victory in stage three of the Benelux Tour following his role in a breakaway that outfoxed the sprinters, while Switzerland's Stefan Bissegger maintained his lead in the general classification.

The Dutchman was involved in a six-man attack which formed early on in the race, which began in Essen in Belgium and finished in the Dutch village of Hoogerheide.

The group collaborated effectively to navigate the narrow twisting route as the sprint teams were hesitant to go on the offensive.

The peloton closed a one-minute gap in the final 10 kilometres, but the breakaway stayed clear, with Intermarché–Wanty–Gobert Matériaux's van der Hoorn leading and winning the sprint for the line.

Former world under-23 champion Samuele Battistella of Italy and Belgian Thimo Willems were also in the breakaway but were unable to rival van der Hoorn's powerful finish.

Van der Hoorn took his second win of 2021 after his stage three triumph in the Giro d'Italia.

"I saw yesterday that some riders wanted to go in the breakaway today," said van der Hoorn.

"There wasn’t a big gap but the final was difficult for the peloton to control.

"When I saw the break going, I knew I had to be in it.

"Then we did everything tactically perfect, with some strong guys in there.

"In the end, I finished it off in the sprint, which I didn’t really expect but it worked out for me."

Stage four tomorrow is a flat stage and sees riders remain in the Netherlands as they travel along a 166.1km route from Aalter to Ardooie.