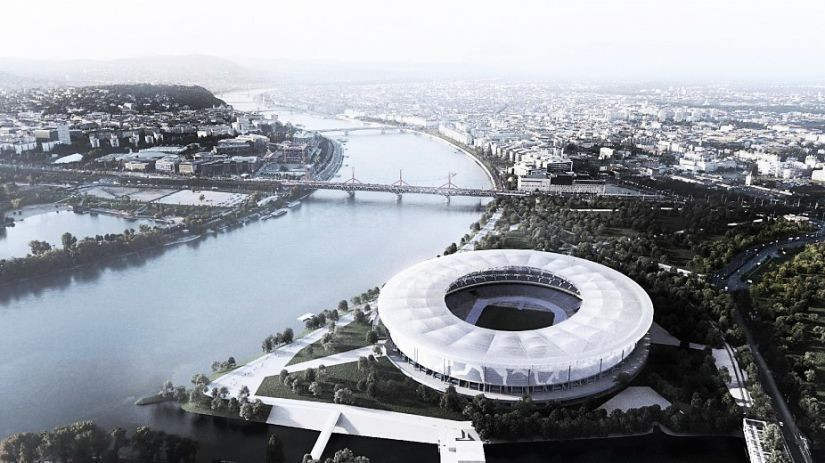 Budapest’s Mayor Gergely Karácsony will propose to the Budapest General Assembly - the capital’s City Council - tomorrow that it withdraws its approval for the city to host the 2023 World Athletics Championships.

The move is in response to Government plans to use a site originally promised for a Student City providing affordable housing for provincial students to instead build the first foreign campus for China’s renowned Fudan University, hungarytoday.hu reports.

The Mayor, a leading member of the Hungarian Green Party, claimed this violates a 2019 agreement with the Government, headed since 2010 by Viktor Orbán, leader of the Fidesz-Hugarian Civic Alliance, that was part of the approval for the World Championships, which were awarded in December 2018.

"It’s time to take action," he announced at the planned site of the Student City in Budapest’s ninth district, adding that it seemed clear the Government considered setting up Fudan University in Budapest to be more important than the originally planned facility for that site that would accommodate 8,000 students.

"It is time that this infamy is not left without a response."

In a statement, Orbán responded: "The statement of Gergely Karácsony is baseless, the Mayor is clearly trying to divert attention from the traffic jams and chaos in the capital."

Balazs Furjes, the State Minister for Budapest, has maintained that the World Championships will go ahead but has announced that a referendum will be hold over the question of the Fudan University project.

A World Athletics spokesperson told insidethegames: “We understand there are elections taking place in Hungary next year and, as is usual, political parties are setting their agendas.

"We hope that the World Athletics Championships Budapest 2023 will not become a political football.

"The Championships received high levels of support from the public during the bidding process and we have had good conversations with the Mayor of Budapest around aligning these Championships and our 10 year sustainability strategy with his environmental agenda and legacy ambitions.

"We have shared goals in both these areas.

"Preparations are going well and we are looking forward to staging our World Championships in 2023 in one of the world’s great cities and together creating an event that delivers strong legacy and becomes a template for sustainable sports events in the future.”

Karácsony, one of the likely opposition candidates to run for the Prime Ministerial post at the next election, is making good on threats he made in Spring to withdraw the opposition-led capital’s consent to host the event.

The Government is currently constructing a new stadium on the eastern bank of the Danube River that will have a 36,000 capacity for the Championships that will be reduced to 14,000 for future events, at the cost of around €500 million (£430 million/$590 million).

The Mayor’s announcement has prompted strong reaction from the Hungarian Athletics Federation (MASZ) and home athletes.

"The Hungarian Athletics Federation is proud to have won the right to host the 2023 World Athletics Championships in December 2018, which will be the biggest sporting event in Hungary’s history," the MASZ said.

"We are confident that as a signatory to the contract, the MASZ can continue to work toward making the World Championships the most prestigious event in the history of the tournament and an unforgettable event for Hungarian athletics, the fans, and the country."

Meanwhile Balázs Baji, Hungary's 2017 World Championships bronze medallist in the 110 metres hurdles, commented: "I was very sorry to hear the news, especially because I feel that the World Athletics Championships have once again been used as a political tool.

"Sports should not be involved in this.

"As much as we as athletes were happy to see the event hosted [in Budapest], we are just as happy now, and we hope that there will be a World Championships in Budapest.

"The whole Hungarian sporting community, the athletics family, is counting on it, and I still have faith in it."

The Fudan University campus, which surveys have shown has been met with disapproval by capital dwellers, would be built by a pre-approved Chinese construction firm, with Chinese workers and a €1.25 billion (£1.1 billion/$1.2 billion) Chinese loan, according to Direkt36.

Telex has reported that the Innovation and Technology ministry has already started the registration process for a new foundation responsible for the preparation of impact studies and plans for the future Chinese campus.

However, Karácsony’s sudden announcement last week, which according to Telex sources was not coordinated with other parties, has resulted in tensions in the opposition coalition that is gearing up for the primaries this autumn.

Krisztina Baranyi, Mayor of Ferencváros, the district that would be home to both the contentious new Chinese educational facility and the athletics stadium, told Telex that the issue should be decided by referendum.

Meanwhile, other opposition-led districts are worried the Government may retaliate by scaling back other planned investment projects in the capital, such as the improvement of health services.

Although the announcement was made by Karácsony, the idea did not come from him, as the veto proposal was submitted by the local Democratic Coalition group a day earlier, hungarytoday adds.

Hungary's former Prime Minister and Minister of Sport Ferenc Gyurcsány, meanwhile, has commented on his Facebook page: "There is no copyright in politics.

"You should be happy when a proposal finds supporters."