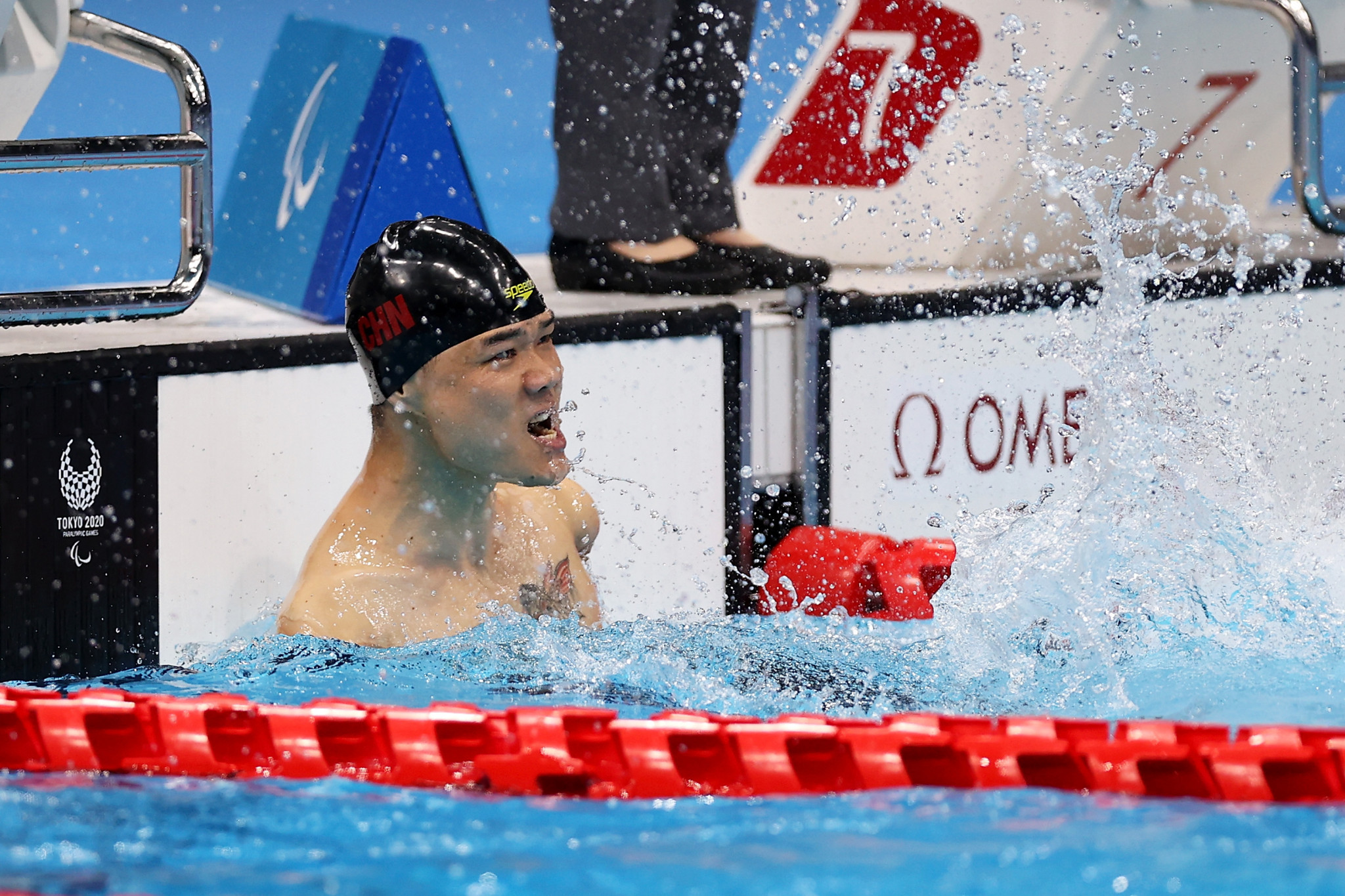 A chinese swimmer did not feature on the podium in the first five of the 15 finals contested today, before winning five of the final six races.

Wang Jingang led the way for China by earning a first Paralympic gold medal in the men’s S6 50 metres butterfly event, topping the standings in a time of 30.81sec.

His compatriot Jia Hongguang finished as the runner-up in 31.54, with Colombia’s Nelson Crispin Corzo earning bronze in 31.77.

The women’s event saw 16-year-old Jiang Yuyan win by over a second from her nearest challenger.

Jiang, nicknamed the flying fish, eased to victory in a time of 34.69.

Ireland’s Nicole Turner was 1.61 seconds behind the winner, while United States’ Elizabeth Marks rounded off the podium in 36.83.

Zheng Tao made it a hat-trick of Chinese victories by lowering his own world record in the men’s S5 50m backstroke final.

Zheng was joined on the medal rostrum by team-mates Ruan Jingsong and Wang Lichao, who won silver and bronze by clocking 32.97 and 33.38 respectively.

Her effort was 5.84 seconds faster than the time managed by silver medallist Teresa Perales of Spain.

Ma touched the wall in a world record time of 2min 42.14sec, while Cai was 0.77 seconds further back to take silver.

Boki moved to the brink of matching his six swimming gold medals at Rio 2016.

He has 16 Paralympic gold medals in his career, and a 17th gold would firmly establish Boki in the all-time top 10 for medals at the Paralympic Games, while only three para swimmers have ever won more titles.

France’s Alex Portal settled for second place behind Boki in 2:09.92, with The Netherlands' Thomas van Wanrooij third in 2:10.79.

Dadaon took six seconds off his previous best time in the men’s S4 200m freestyle competition to win gold in 2:44.84.

The 20-year-old finished clear of Japan’s Takayuki Suzuki and the Russian Paralympic Committee's (RPC) Roman Zhdanov, who finished in 2:55.15 and 2:58.48 respectively.

Dorsman went a second faster than his previous best in the men's SM11 200m individual medley, winning gold in 2:19.02, over a second quicker than the record he set back in June.

Ukraine's Mykhailo Serbin was some way adrift as he secured silver at 8.95 seconds down, while Japan's Uchu Tomita won bronze in 2:28.44.

He was followed by Belarus' Yahor Shchalkanau and Australia’s Timothy Hodge, who secured the silver and bronze medals in 1:01.96 and 1:02.16.

Argentina’s Pipo Carlomagno was close behind in 1:08.83, with Israel’s Mark Malyar securing bronze in 1:10.08.

Canada’s Danielle Dorris challenged Weggeman but won silver, 0.64 seconds down, with the US’ Julia Gaffney third in 1:22.02.

Arjola Trimi was one of two Italian gold medallists as she triumphed in the women’s S3 100m freestyle competition in a time of 1:30.22, ending 7.46 seconds clear of her nearest competitor Leanne Smith of the US.

Bronze was claimed by the RPC’s Iuliia Shishova, who finished 19.41 seconds behind the winner.

Gilli, celebrating her fifth medal of the Games and second gold, ended with a 5.36-second cushion over Colleen Young of the US.

Former world record holders Italy were 1.58 off the pace, while Ukraine took bronze in 3:47.40.