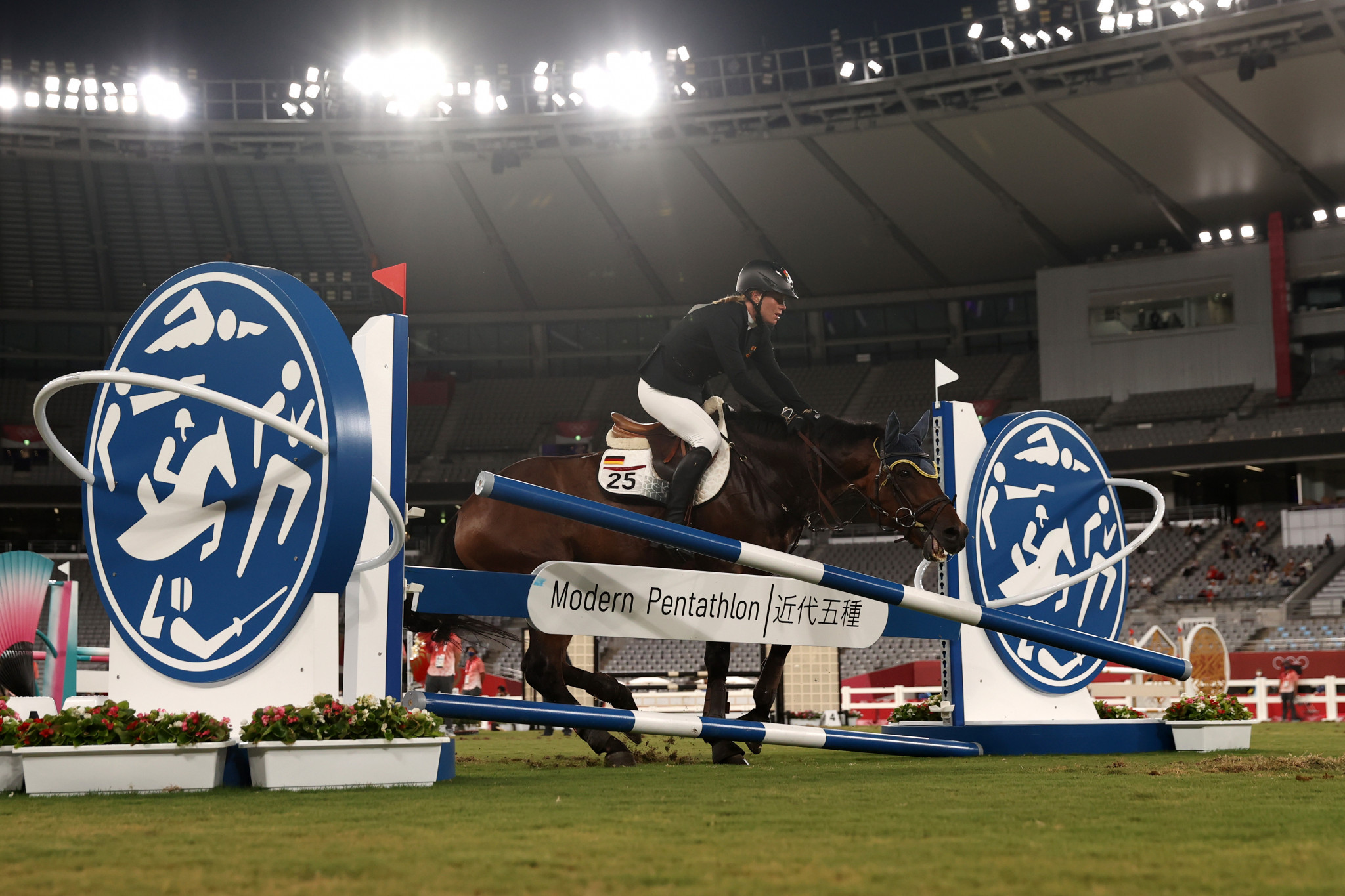 The International Modern Pentathlon Union (UIPM) is to form a Riding Working Group to review the equestrian element of the sport at Tokyo 2020 - following controversy and a horse-abuse scandal.

German trainer Kim Raisner was sent home from the Games in disgrace after being filmed hitting a distressed horse during the women's event.

Saint Boy, the horse in question, refused to jump for German pentathlete Annika Schleu - who had led the competition ahead of the jumping element.

The UIPM has promised to take swift action, and the Riding Working Group will look into potential UIPM Code of Ethics amendments which could strengthen the protection of horse welfare.

It will also comprehensively review the Tokyo 2020 competition, it is promised.

UIPM President Klaus Schormann is to meet with International Equestrian Federation (FEI) counterpart Ingmar de Vos, who has offered insights on horse welfare in jumping events, while competition rules to suit the new 90-minute modern pentathlon format which will feature fewer jumps and obstacles which are lower and simpler are to be introduced.

The UIPM Executive Board will hear recommendations on what measures to take when it meets in Monaco in November, before putting changes to the UIPM Congress.

The Congress is due to take place online from November 26 to 28.

At present, modern pentathlon riders are randomly assigned a horse and meet it only 20 minutes before going out to jump.

With such little bonding time between animal and rider, the jumping portion of modern pentathlon is often chaotic, with horses refusing to jump, clattering into barriers and unseating riders.

Some campaigners want this changed, while People for the Ethical Treatment of Animals (PETA) has called for all equestrian disciplines to be removed from the Olympics outright.

The UIPM plans to appoint a Disciplinary Panel to make a ruling on what transpired during the women's competition, and reported that Saint Boy's owners say the horse "is in good health, although fatigued from competition".

Saint Boy has returned to Minakuchi Riding Club in Shiga.

"UIPM remains fully committed to Riding as an integral part of the Modern Pentathlon based on the vision of Baron Pierre de Coubertin," Schormann said in a statement.

"Our Union has already adapted Modern Pentathlon in many innovative ways based on expert advice and feedback from both inside and outside of our global sporting community.

"The UIPM 2021 Congress provides an opportunity for National Federations to have their say.

"On behalf of the UIPM Executive Board I look forward to working with all parties concerned to ensure we make the adjustments needed to provide a safe and secure future for the Riding discipline within Modern Pentathlon."