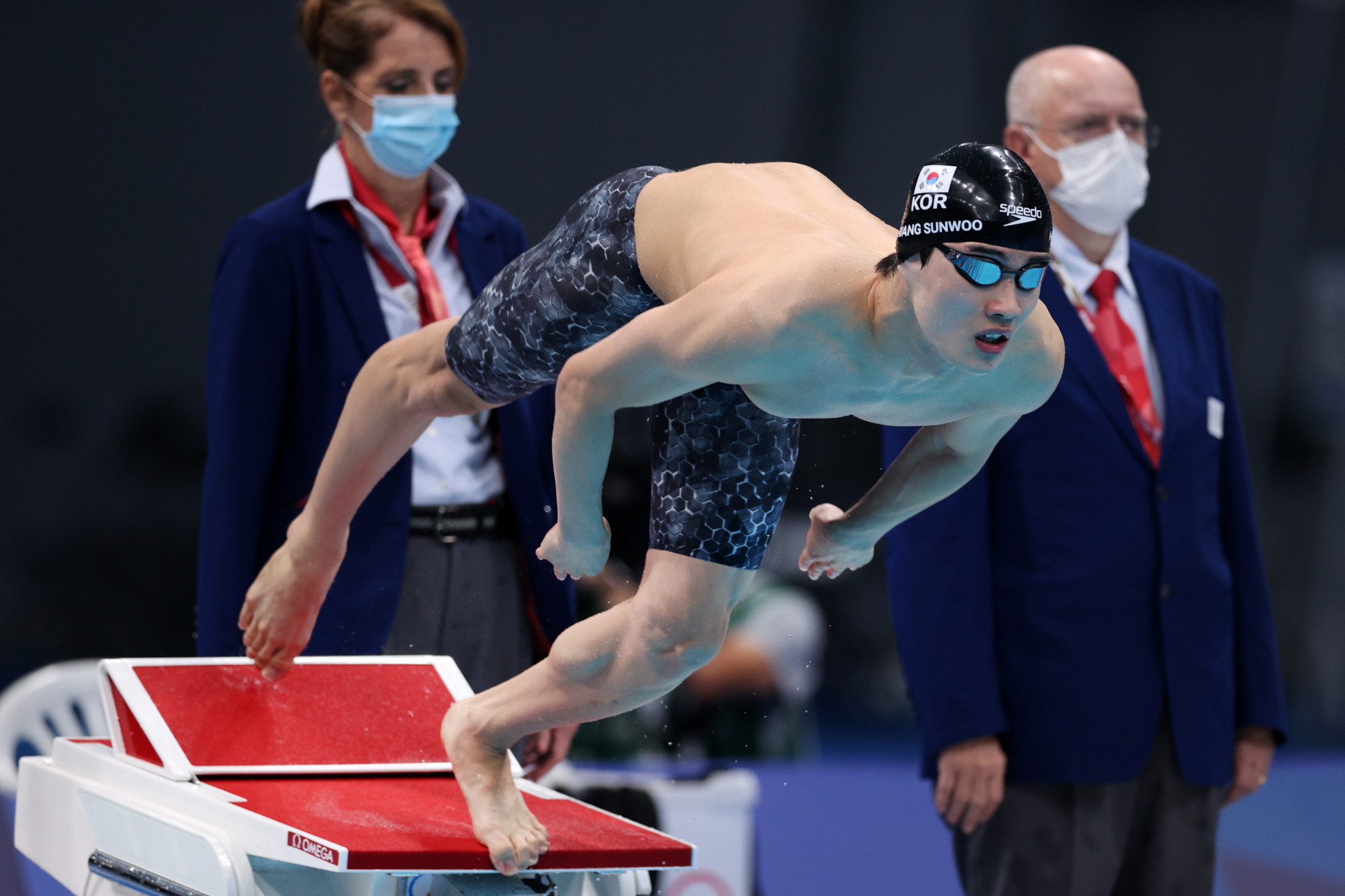 Ascending South Korean swimmer Hwang Sun-woo plans to target the 100 metres and 200m freestyle races at next year's Asian Games, where he figures to be among the favourites.

Hwang set national records over both distances at the Olympics, and his 47.56sec time in the 100m semi-finals is also an Asian record.

"I'll focus on the 100m and 200m freestyle through the World Championships and the Asian Games next year," Hwang said in comments reported by news agency Yonhap.

"I must work on pacing myself and managing my race better in the 200m."

Hwang had led the 200m final after 150m - and was on pace for a world record at the final turn, but fell away.

Hwang - the first Asian swimmer to reach the men's Olympic 100m freestyle final since Japan's Atsushi Tani placed seventh at Melbourne 1956, told Yonhap he wants to "break stereotypes" about swimmers from the continent and is eying the Paris 2024 Olympics, as that could well be when he peaks athletically.

"Once I reach my early 20s after the world championships and the Asian Games next year, I will probably be hitting my prime," Hwang added.

"I will try to set myself up for the optimal performances in Paris."

Hwang's Asian record for the 100m is more than a second faster than the 48.71sec time Japan's Shinri Shioura clocked to win Asian Games gold over the distance three years ago.